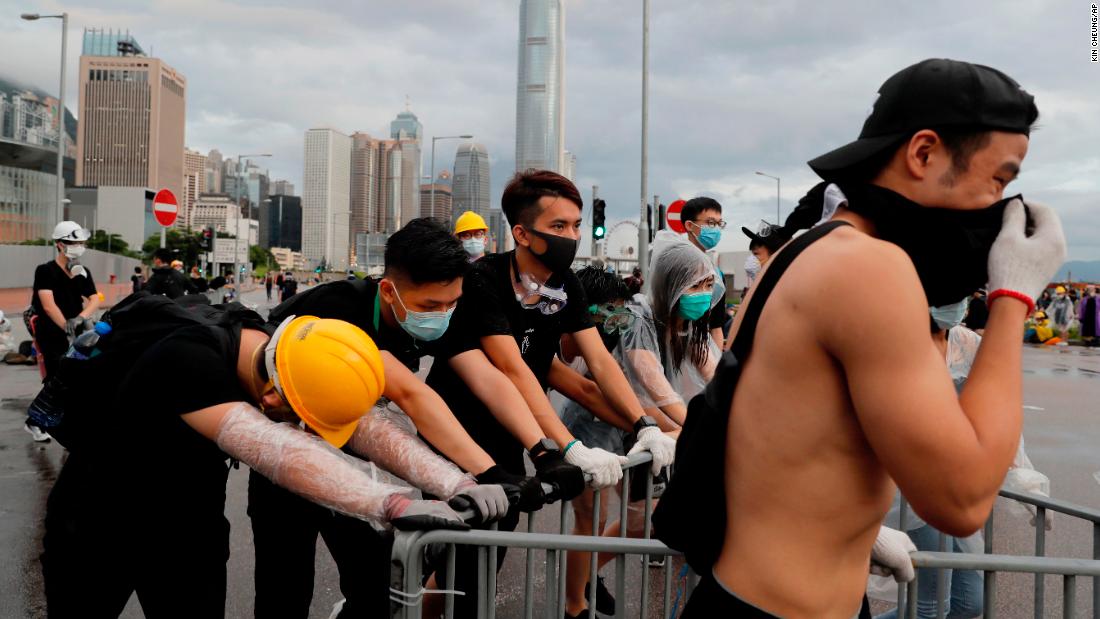 1; and the subsequent protests – all started with a gruesome murder. Here's how the speech unfolded:

A murder on vacation: In February 2018, a Hong Kong couple were vacationing in Taiwan. While they were there, 20-year-old Chan Tong kai allegedly murdered his 19-year-old girlfriend Poon Hiu-wing, according to local media reports.

The alleged killer headed back to Hong Kong and in March 2018, Poon's decomposed body was found on the outskirts of Taipei.

The killer escapes extradition: Hong Kong authorities charged Chan with money laundering for stealing Poon's property, and he was sentenced to 29 months in jail – but because Taiwan and Hong Kong do not have an extradition agreement, Chan could not be sent to Taiwan to face a murder trial.

Murder case turned political battle: In February 2019, Hong Kong leader Carrie Lam proposed an extradition bill, which would have to be sent to territories where Hong Kong has no formal extradition deals – such as Taiwan, Macau and mainland China.

It was with criticism from the start. Critics said they were worried about China's opaque legal system – and the effect it could have on Hong Kong's role as an international finance hub.

Many marched in opposition, and even Taiwan said it would not cooperate with the bill if it was passed. In June, Lam suspended the bill – but she still didn't respond to demands to withdraw it entirely.