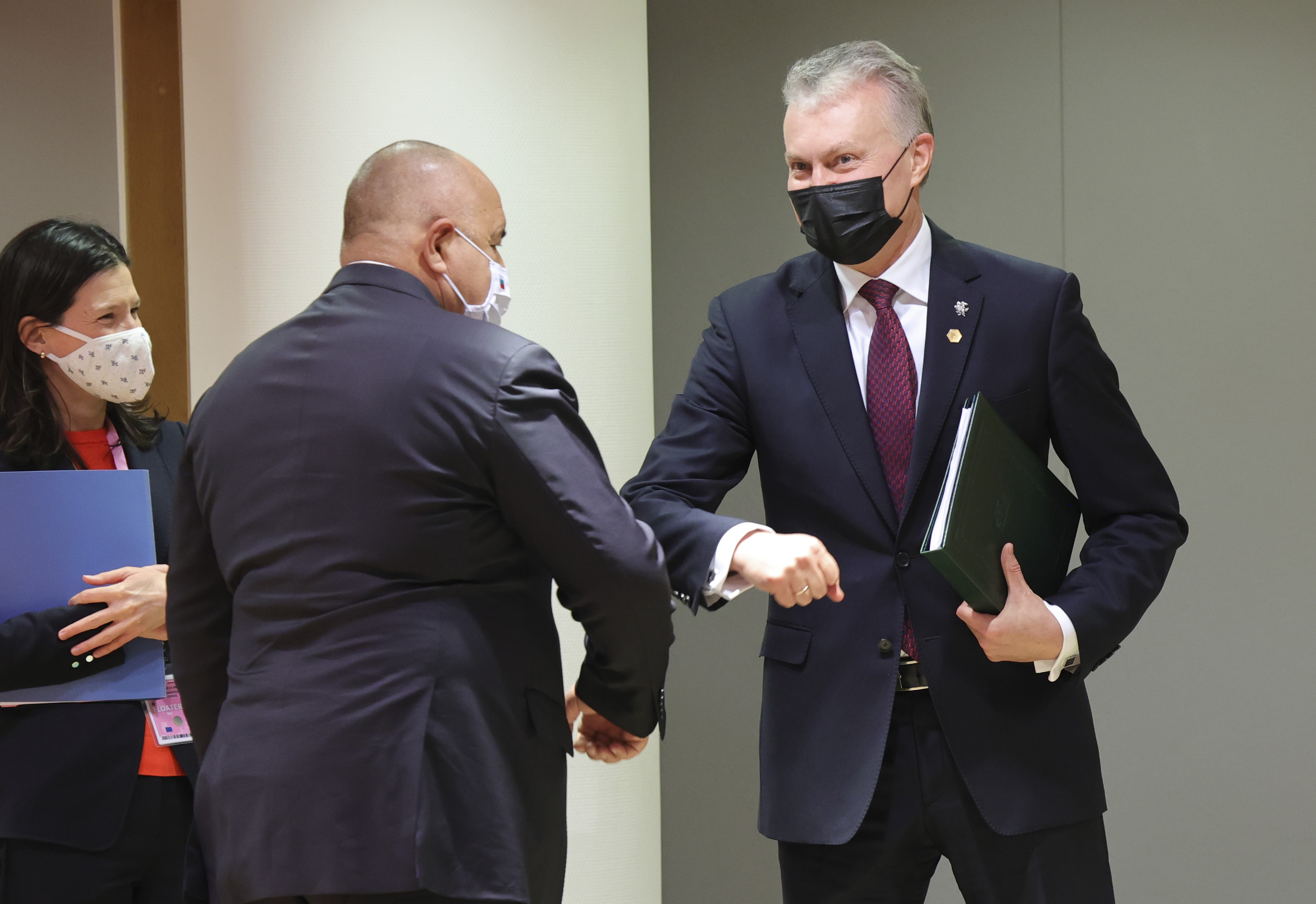 On Monday, the President of Lithuania took a firm stand against Russia’s annexation of Crimea in 2014 from Ukraine and the Kremlin’s recent military actions against its neighbors in Eastern Europe.

Gitanas Nauseda was in Warsaw at an external session of the parliaments of Poland and Lithuania, marking the 230th anniversary of their joint constitution, Europe’s first such written democratic document, Associated Press reported.

“Lithuania will never recognize the illegal annexation of Crimea and will take steps to end the actual occupation of part of eastern Ukraine,” Nauseda said. “No matter what happens, we can not let Ukraine slip back into the past.”

He also said that Lithuania supports the freedom drive in Belarus and will never let it be influenced by Moscow.

“There is no room in 21st century Europe for new spheres of influence that abolish the sovereignty of independent countries,” Nauseda said.

The President of Ukraine Volodymyr Zelenskyy and the Presidents of Latvia and Estonia were also among the guests at the ceremonies in Warsaw.

For more reporting from the Associated Press, see below.

During a later televised debate among the presidents, Poland’s Andrzej Duda Zelenskyy assured that it was also Warsaw’s view that Russia’s actions in Ukraine “must not be accepted.”

Zelenskyy, who is due to meet with US Secretary of State Antony Blinken this week in Kiev, said the war against Moscow-backed separatists in eastern Ukraine means “there is war in Europe.”

“No one today will give up our sovereignty. We are fighting … because we want to be free,” Zelenskyy said.

After one-on-one talks with Duda, Zelenskyy thanked Poland for its strong support for Ukraine’s territorial integrity and condemnation of the annexation of Crimea.

Zelenskyy said he invited Duda to ceremonies in August marking 30 years of Ukraine’s independence and to the accompanying meeting of heads of state to discuss “the de-occupation of Crimea.”

During the president’s debate on Monday on the EU and the pandemic, Zelenskyy said Ukraine, which is striving for a day to join the club, said it has not yet received any of the promised COVID-19 vaccines from the EU.

He said only 1 million people in his nation of more than 44 million have been vaccinated.

The five presidents signed a declaration emphasizing that solidarity between nations is the foundation of peace, stability and development in today’s world.

Poland’s Constitution of 1791 was intended to strengthen its political system and the rule of law, and to protect it from aggression by neighboring powers, including Russia.

Historians say the effort came too late and failed to ward off annexations from the Russian, Prussian and Austrian empires, which in 1795 wiped Poland off the map for more than a century.

Poland and neighboring Lithuania were a state at the time of the 18th century constitution.