Lindsey Graham: If Iran attacks freight again, "The US should consider" getting out of their fleet, oil refineries " 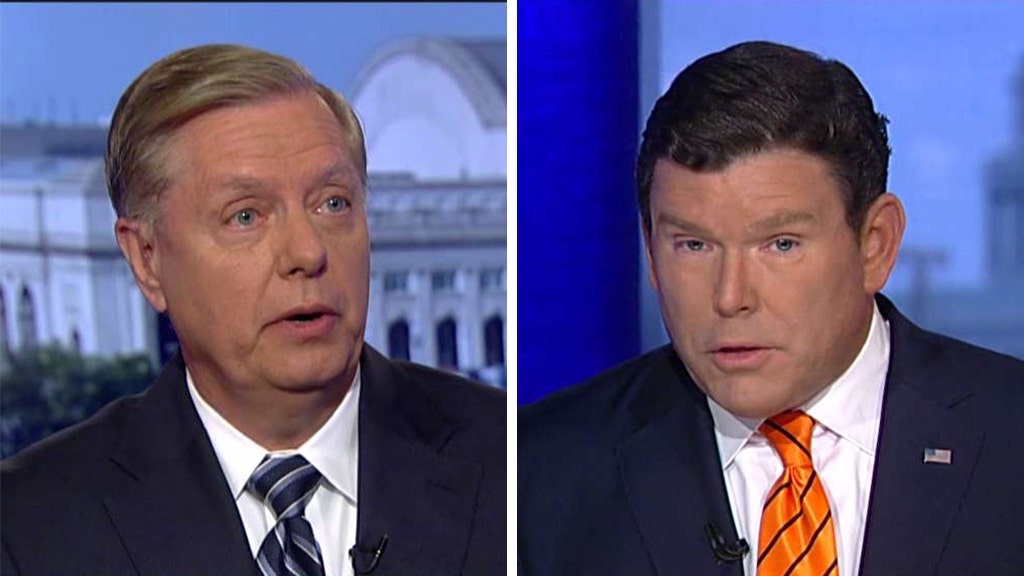 The situation in the region is getting worse, and US ally Israel would be in danger if Iran's nuclear program progresses far further, Graham told Bret Baier on Wednesday about "Special Report."

"It becomes more dangerous during the day," he argued, adding Iran's Ayatollah Ali Khamenei should not be allowed to "develop a nuclear bomb".

"If the Iranians follow through on their threat to begin enriching again … and basically take their enrichment program to a nuclear level in the form of arms production, Israel in a world with evil. "

The Senate Judiciary Committee Committee added that President Trump was to set up a" target list "in case Iran's action ivites jeopardize the United States or its allies.

"How do you stop it to make Iran understand that you won't let it happen?" Graham asked about enrichment of uranium.

"He had to put the oil refineries at the finish line and look at sinking the Iranian fleet if they attack freight again."

"If I were president, I would tell the Iranians if there is an attack on a ship or a pipeline or something like that, we will blow up your oil refinery because they are trying to incur costs by creating chaos." [1

Graham clarified that he did not call for any potential "land invasion", but reiterated that the United States should be prepared to act if necessary.

"My red line is – if there is more disturbance of freight in [Strait] of Hormuz linked to Iran, take their Navy out, bomb their refineries."