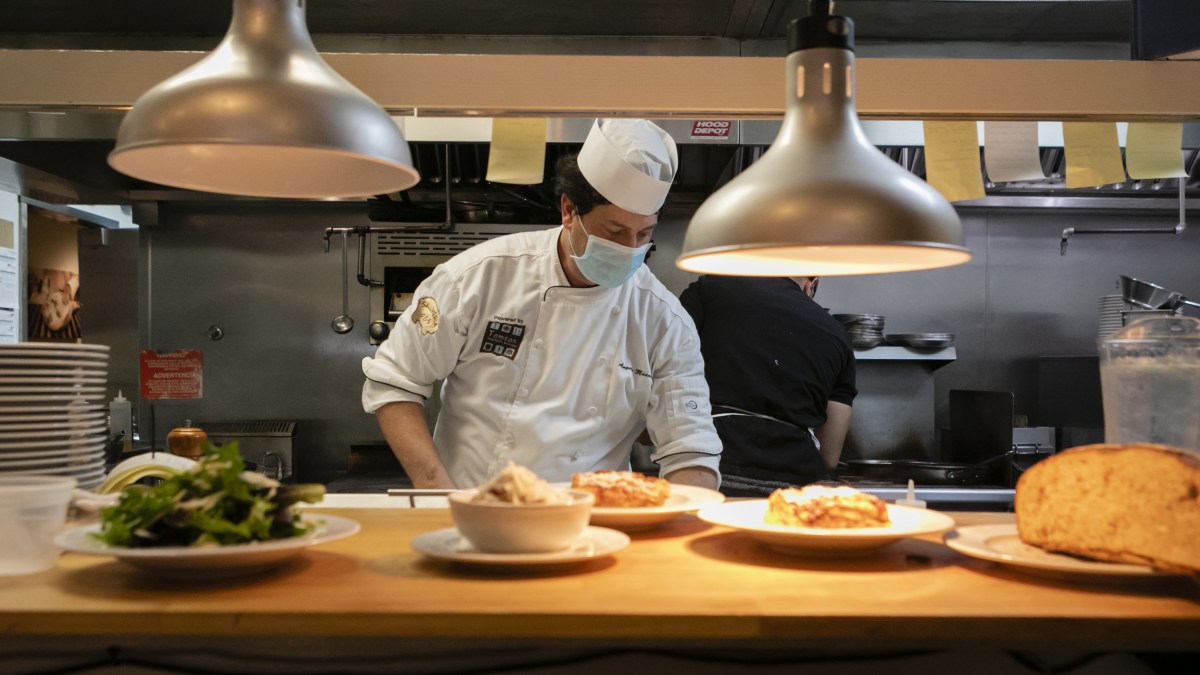 Mayor Lori Lightfoot said Thursday she wants to reopen Chicago restaurants and bars “as soon as possible,” which she said will be a conversation with the governor.

“I’m very, very focused on getting our restaurants reopened. If we look at the various criteria that the state is set on, we meet most, if not all of these,” Lightfoot said. “So it’s a conversation I want to have with the governor, but I want to get our restaurants and our bars to reopen as soon as possible.”

The mayor added that Chicago restaurants have gone “beyond” to get coronavirus attenuations in place, which she said are heavily regulated and controlled on a regular basis. Lightfoot said restaurants and bars are becoming “one of the safer places.”

According to Lightfoot, after restaurants and bars were closed, city health officials saw more people move into private spaces without masks and cause greater risk of spreading coronavirus.

“In the bar room, in my opinion, we have much more opportunity to be able to regulate and control this environment,” said Lightfoot. “People are involved in risky behaviors that not only put themselves at risk, but put their families, their colleagues and others at risk.”

She added that she feels “very strongly” that Chicago is “very close” to a point where officials should discuss reopening bars and restaurants to the public.

Some Illinois regions could begin lifting Tier 3 restrictions as early as this week if they have met the right metrics, according to Gov. JB Pritzker. However, it is unclear which mitigations would be specifically repealed.

The governor did not give a specific day on which a decision to repeal the cuts would be announced, but he said last week that the earliest regions could leave Tier 3 would be Friday.

“Since November 30, I have maintained – on the advice of Dr. [Anthony] Fauci, den [Illinois Department of Public Health] and other infectious experts – that it would be unwise to downgrade any region from our current Phase 3 mitigation during the holiday season, where people were particularly likely to gather in multi-family groups and do so without masks – the things that could deliver it worrying ‘wave upon a wave,’ ”Pritzker said during an update of the state’s coronavirus response Wednesday.

He noted that the state “did not experience the uptick after Thanksgiving that plagued much of the country” and said state health officials “followed closely” the period after Christmas and New Year.

“I am cautiously optimistic as there are some early signs that some regions have made real progress and will not reverse that progress this week or next,” Pritzker continued.

“So on January 15, exactly one New Year’s incubation period, any region that has met the mitigation reduction metrics will be able to move out of level three of our mitigation plan,” he said.

All Illinois ’11 regions have been under Tier 3 restrictions since Nov. 20, which have lowered capacity restrictions for outdoor dining and other activities, completely suspended indoor dining, closed indoor recreational venues such as theaters and casinos, and increased other restrictions.

A region may move to level 2 mitigation if it sees a test positivity rate of less than 12% for three consecutive days and more than 20% of ICUs and hospital beds are available, as well as declining COVID-19 admissions in seven of the previous 10 days.

Russia’s Sputnik vaccine gets its first approval in the EU, the United Arab Emirates