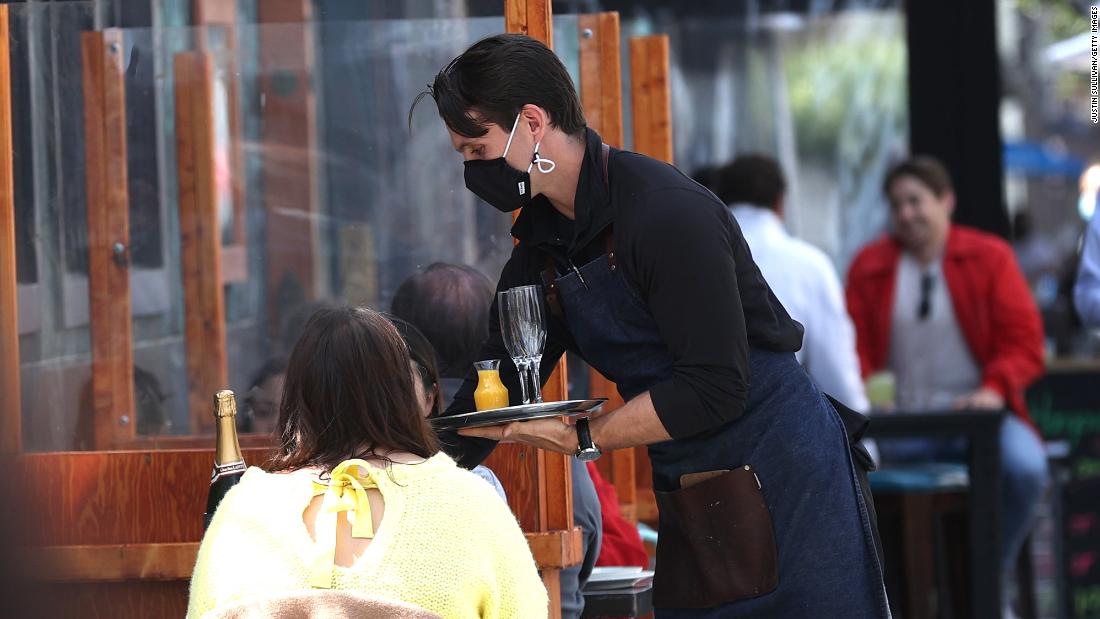 Herd immunity, or as some experts now call it, “population immunity” or “societal immunity” is when the majority of the population is immune to a particular disease, whether through natural infection or vaccination. When a population reaches this point, the virus has nowhere to go and the disease disappears. Thereafter, even people who do not have individual immunity are protected.

As with any disease, the number of people who must be immune to provide community protection depends on how contagious it is. For Covid-19, experts believe that the magic number could be anywhere between 70 and 90% of a population immune to the virus. The world is nowhere near that level.

; said Lauren Ancel Meyers, director of Covid-19 . Modeling Consortium at the University of Texas at Austin.

That’s a good goal, Meyers said, but she highlights a number of factors in this particular pandemic that suggest the odds are not in favor of it: vaccinating so many people would be nearly impossible; this particular virus spreads too fast; more contagious variants threaten to make vaccines less effective; there are entire countries and pockets in the United States that have few fully vaccinated people; there are problems with vaccine access and equity children are not yet vaccinated and about a quarter of the population is hesitant or unwilling to be vaccinated.

“We know how fast this virus is spreading and how insidious. We really need to get a lot of people vaccinated before we want to eradicate this virus,” Meyers said.

For perspective, however, Dr. Bill Hanage, an epidemiologist at the Harvard TH Chan School of Public Health, said that few infectious diseases have ever been eradicated globally.

“We have only ever really eradicated smallpox, and if it were not for a few further interventions in addition to vaccines, even that could still have been with us,” Hanage said. “Most people who know anything about infectious diseases do not believe that total eradication is possible.”

But all is not lost. The world does not have to live in lockdown forever.

In Israel, for example, cases dropped dramatically when approx. 50-55% of the population was vaccinated.

“We can probably get adequate immunity in the population where the virus is not a major threat everywhere,” Hanage said. Public health officials will have to look at cases and variants in the fall, but he believes people can still return to a certain level of normal behavior. “We’ll come eventually, and hopefully it will happen through vaccination rather than infection, because infection can kill people,” he said.

In the United States, more than 40% of adults are fully vaccinated, according to data released Monday by the U.S. Centers for Disease Control and Prevention. The number of new cases has dropped by 15% since last week, but the United States still has 49,209 daily cases on average over the last seven days.

If the number of cases was ever low enough, even without crew immunity, Dr. Anthony Fauci, director of the National Institute of Allergy and Infectious Diseases last Sunday, said the country will begin moving toward “normality.”

“It will not be like a light on and off – we go from where we are right now, to completely normal. It will be a gradual one, ”Fauci told CNN’s Jim Acosta. “Little by little you will see that approach to the normal. ”

It is unclear how many people need to be vaccinated to get closer to normal, Fauci said. “I can not give you what the exact number is now because we do not know,” he said.

If the cases are low enough, Covid-19 will be manageable.

“We may not get to zero. We probably will not,” said Dr. Ashish Jha, dean of Brown University School of Health, for CNN’s new day Monday. “But if we can get infections at very low levels, most of us can return to our lives in normal ways. I think we can probably live with that.”

The way to get back to normal is to keep testing, monitoring for variants and getting as many people vaccinated as soon as possible. Vaccines protect the individual and protect against the spread of variants.

“The more people are vaccinated, the fewer variants. You do not want to see this disease develop a selective benefit that makes them more contagious and then mutate in a way that will make vaccines ineffective or make this disease more deadly,” he said. Dr. Claudia Hoyen, specialist in infectious disease and molecular epidemiology with Cleveland Medical Center University Hospitals.

Hoyen said the country is in a much better place than it was three months ago because so many of the vulnerable have been vaccinated. “But again, we still have to be sure that the playoffs are that we try to stop this if we can,” Hoyen said.

Vaccination rates have been slower.

Therefore, states and the Biden administration have begun to shift their focus to encouraging and encouraging people to get the vaccine.

“I think we need so much more of this kind of effort – to take the vaccine to humans and build trust in communities,” said Samuel Scarpino, an assistant professor who runs the Emergent Epidemics Laboratory at Northeastern University.

In Israel, he said, vaccinators visited a bar that picked up people’s flags if they were vaccinated. New Jersey just launched “Shot and a Beer,” a campaign offering free beers to those aged who show off their finished CDC vaccination cards at participating breweries.

“I was joking that you could offer to let tourists cut the long lobster rolls in Maine in the summer if they were vaccinated,” Scarpino said.

“I think if we take that kind of attitude and get enough vaccines for humans, we could actually get to the right level to turn this serious disease that has been completely debilitating from a societal and economic perspective into something that has not been eradicated, but it is something more akin to the common cold, which is becoming more manageable. ”