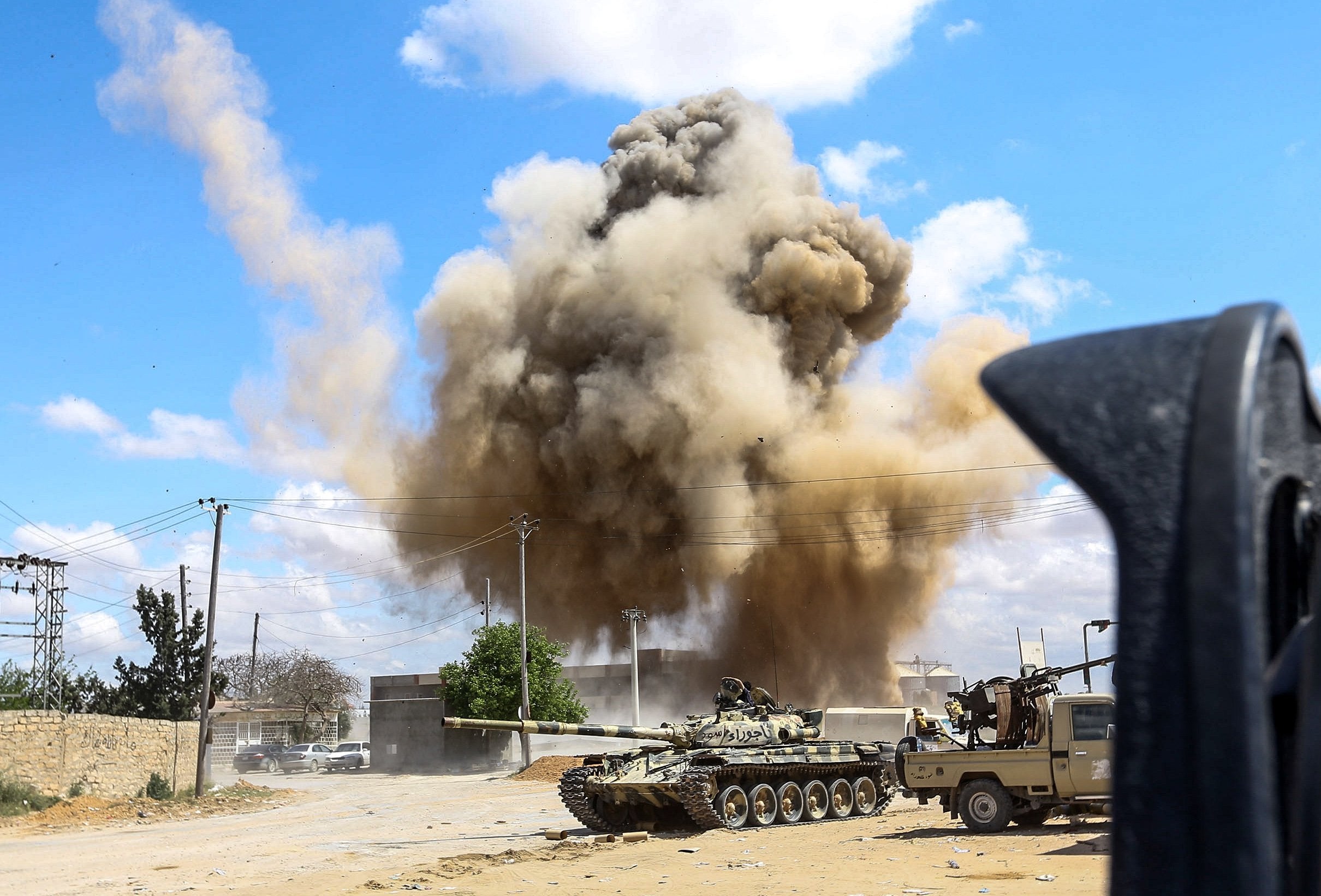 The warlord hailed by the west and Arab autocrats as a potential unifier of Libya has just been on the country's UN-backed interim leader, issuing a warrant for his arrest on "terrorism" charges as well as hammering the country's capital with airstrikes.

For years, Khalifa Haftar – a self-declared field marshal leading an army of young fighters – had the blessing of France, the United Arab Emirates, Egypt, and Saudi Arabia as he fought against Islamist militias in the country's east.

But he stunned many of his backers this month when he launched a surprise assault on Tripoli, vowing to control the city, and upending plans for peace talks.

The names included Libya military leaders in the western zone and other officials of the Government of National Accord, a loose Tripoli-based alliance of political parties and militias that has been endorsed by the UN security council as the path for stitching Libya back together after the long-time regime of Muammar Gaddafi was toppled in a 2011 Nato-backed war.

Mr Serraj on Thursday accused Mr Haftar, who has bombed the capital’s sole functioning civilian airport, of war crimes and vowed to refer his alleged abuses to the International Criminal Court.

Mr Haftar’s Tripoli offensive has already displaced nearly 10,000 people and caused dozens of injuries and deaths, including of civilians. It has drawn rival western Libyan militias together to fend off Mr Haftar’s advances.

“The coalition against him is huge, and the weapons against him are massive,” said Abdulkader Assad, a columnist for The Libya Observera pro-Tripoli news platform.

Many worry the fighting will create an opening for the country’s branch of Isis, which had been quelled after a three-year US-backed effort. On Thursday, Isis claimed it had killed six of Mr Haftar’s men in Libya’s south.

The war over Tripoli has also all but destroyed several international efforts to bring peace to Libya. African Union Commission chair Moussa Faki Mahamat met Mr Haftar two days before the recent bout of fighting, and was beginning to prepare for an Addis Ababa peace conference in July that almost certainly will not take place.

On Friday, The Wall Street Journal cited unnamed Saudi officials as saying the government in Riyadh had offered Mr Haftar tens of millions to bankroll the offensive.

Russia has also given Mr Haftar tacit support, with some members of the Duma vocally cheering on the 75-year-old, who has visited Russia several times in recent months. A pro-Haftar news outlet claimed he met Russian officials on Thursday, just hours after he issued the arrest warrant against Mr Serraj.

“The question is what did he do in Moscow? Did he get a green light to continue doing whatever he wanted?” asked Mr Assad of The Libya Observer.

The Kremlin has long blamed the west for destabilising Libya. African migrants use Libya as a transit point to Europe. Russia has been accused of exploiting hostility towards the migrants, and even allowing chaos in places such as Libya and Syria.

The latest eruption of fighting has also imperilled Libya’s oil and gas exports, the chair of the National Oil Corporation, Mustafa Sanalla, warned, as the fighting approached hydrocarbon facilities on the outskirts of the capital.