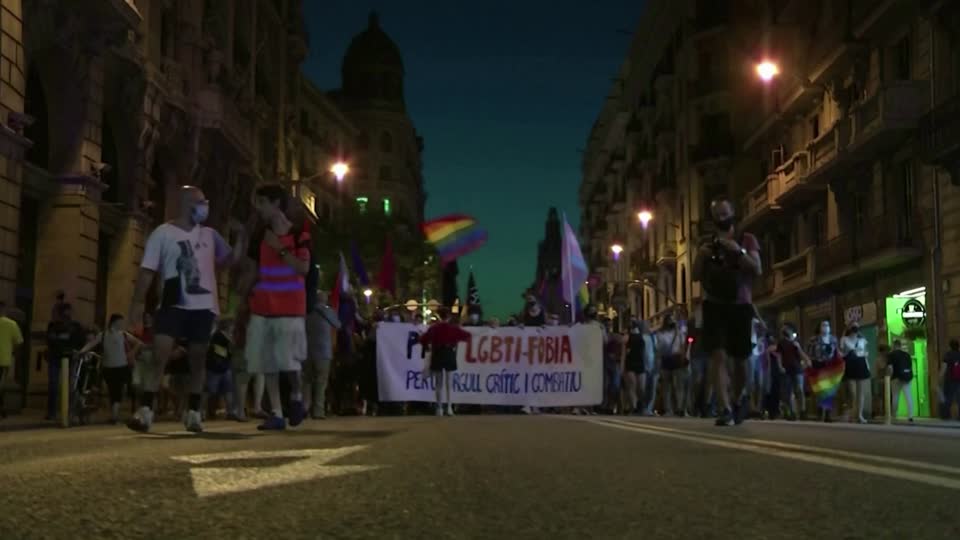 Hundreds marched through the city center to reach the town hall and the regional government headquarters, holding signs that read “freedom or death” and “we will not live in fear” while waving rainbow pride.

Bawer Gakir, a 41-year-old Turkish citizen living in Barcelona, ​​said the attack shocked him and that it was the first time he had heard of such a case when he was 11 years old in Spain.

Joe and Ellis, both 18-year-old tourists from London, had signed up for the demonstration to show solidarity, saying they encouraged LGTBI people not to “isolate themselves from the world”.

The protest came hours after a Spanish court detained three people in custody on suspicion of killing Samuel Luiz.

So far, six people have been arrested in connection with the murder of 24-year-old nursing assistant Samuel Luiz outside a nightclub in the northern city of A Coruna last Saturday (July 3).

Witnesses interviewed on Spanish television have said the attackers shouted homophobic accusations during the battle, which coincided with the Pride party over the weekend.