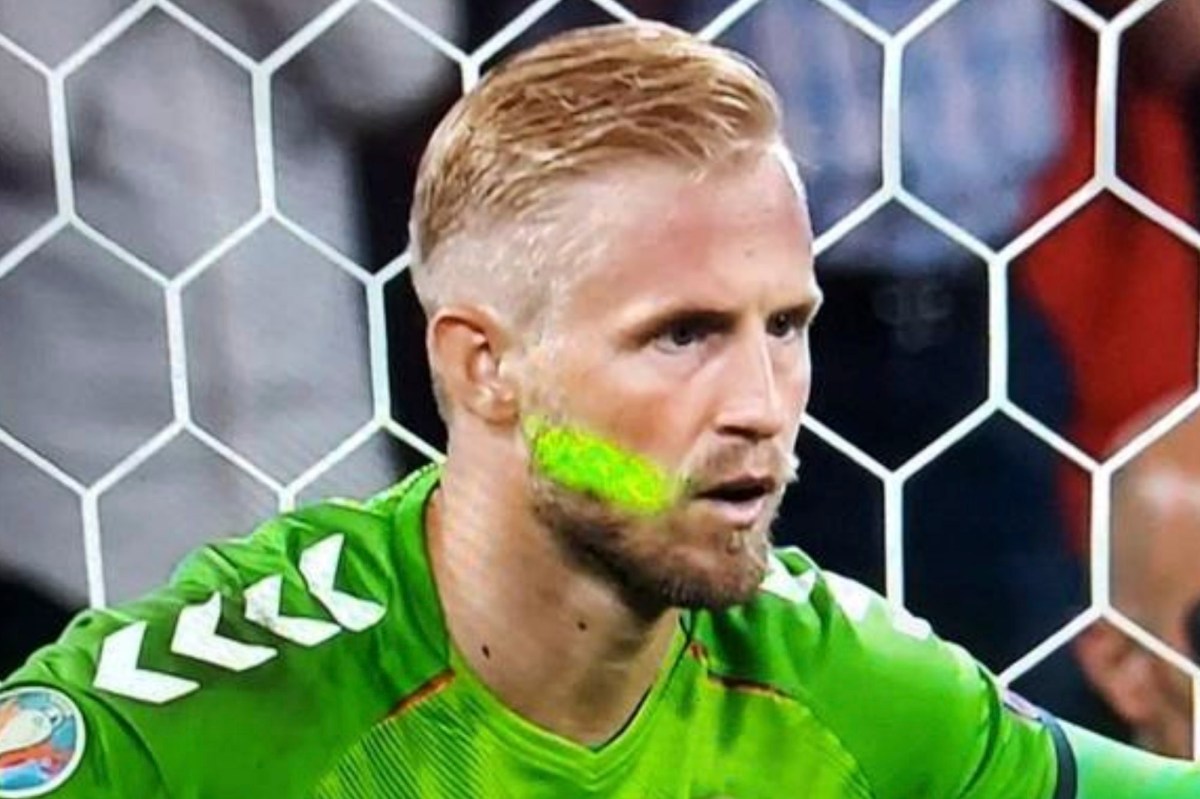 A fan shone a laser pointer in the face of Danish goalkeeper Kasper Schmeichel in front of a penalty kick in the first period of extra time in Wednesday’s Euro 2020 semi-final match between England and Denmark.

The incident took place in the 104th minute after England’s Raheem Sterling pulled a crucial penalty kick inside the box. While England’s Harry Kane was preparing to take the kick, the cameras showed a green light that punctured the right side of Schmeichel’s face.

Despite the apparent distraction, Schmeichel managed to save the initial kick with a lunging save. Still, Kane rebounded home, cut the final game-winning goal and drove England into Sunday’s final against Italy.

England have been accused by UEFA of the incident. England is also facing two additional charges – one for firing fireworks from English supporters and the other for disturbances caused by fans during Denmark’s national anthem.

In a statement, UEFA said that “the matter will be dealt with by UEFA’s control, ethics and disciplinary body in due course.”