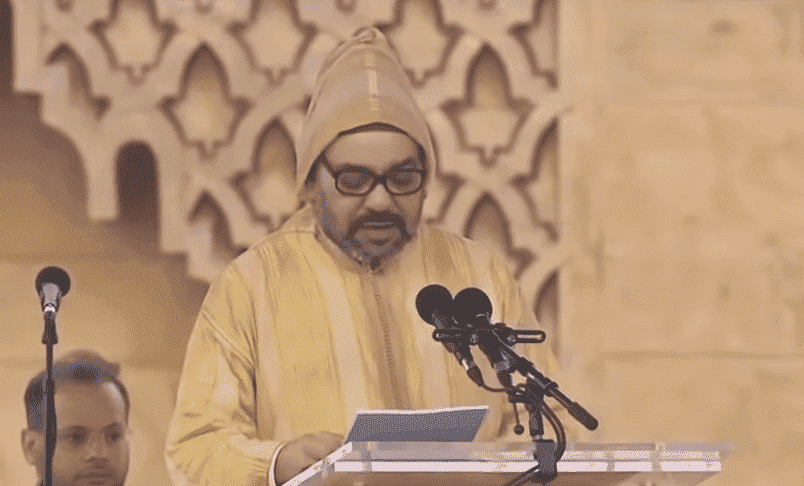 Rabat – King Mohammed VI of Morocco amazed the world as he shared his thoughts and beliefs on religious peace, tolerance and coexistence in four languages: Arabic, English, French, and Spanish. Mosque plaza on Saturday, King Mohammed VI began his speech in Arabic, emphasizing that it was an exceptional day in Morocco for two reasons.

"It is exceptional because of the visit of His Holiness Pope Francis. This is because it reminds me of the historical visit the late Pope John Paul paid to Morocco, "said the King.

"It is reflected by the mosques, churches, and synagogues which have coexisted in the cities of the Kingdom since time immemorial." 1

9659007] King Mohammed VI received respect and applause from the attendees for his decision to convey words of tolerance and peace in four different languages.

to be tolerant of one another out of some unavoidable fate, or out of courtesy to one another, "according to the King.

The King concluded his speech in French, emphasizing that" spirit uality is not an end in itself. Our faith translates into concrete actions. It teaches us to love our fellow human beings and to help them. ”

Pope Francis came to Morocco on his first ever official visit in Morocco. Moulay Rachid received the pope

The Pope's second day in Morocco has a busy schedule. The Pope will start his day at the Center for Social Services in Temara, a city near Rabat.

The Pope will then meet with religious men and women in Rabat's cathedral. Before heading to the Vatican, Pope Francis will celebrate the Prince Moulay Abdellah's Catholic Mass in Rabat.