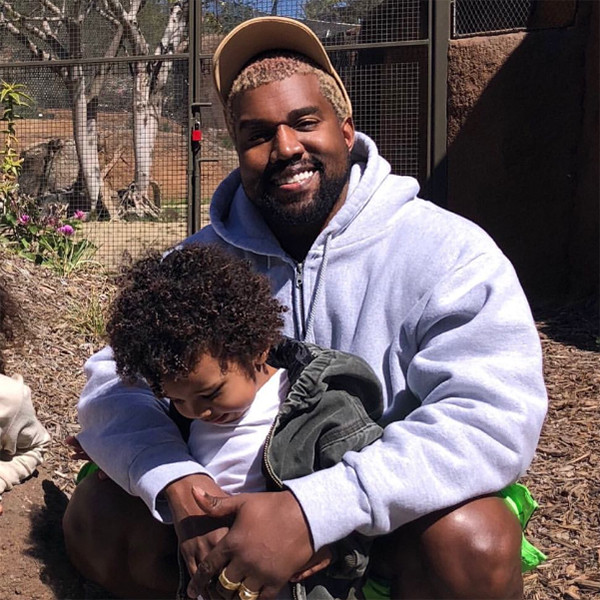 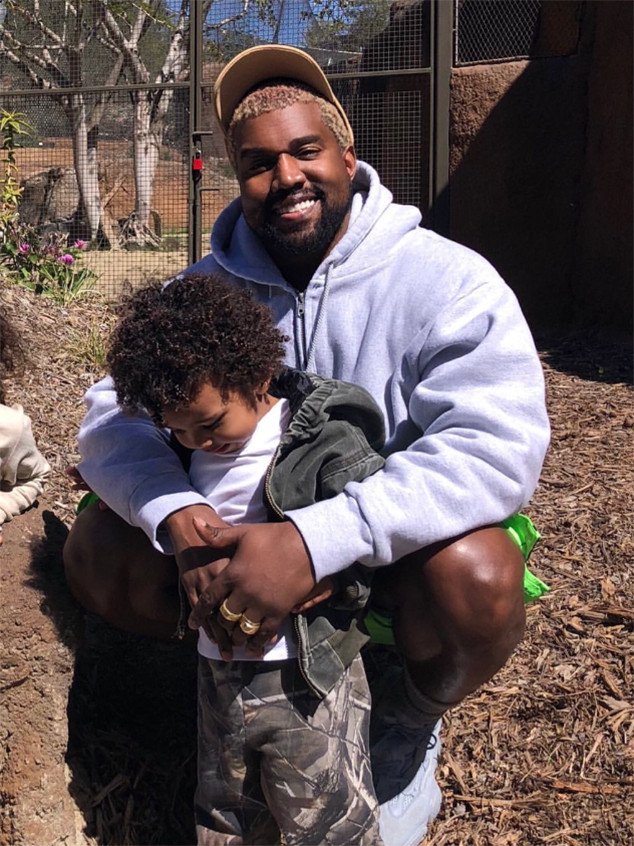 Prepare your heart to melt.

Kim Kardashian knows one or two things about great pictures. The latest evidence? This sweet black and white image of her famous man, Kanye West and their only son, Saint West .

In the snap she shared on Instagram, the 3-year-old tote smiles while the rapper embraces him in a hug and plants a kiss on his cheek.

Fans were not the only ones with their hearts suddenly swelling. "These two melt my heart," makeup makeup text the sweet picture. Needless to say, little Saint could have a future in modeling if he is interested.

The soon-to-mother of four has shared a lot of snaps of her young as late, including a sweet picture of her two little ladies North West and Chicago West .

"My girls," wrote the proud mother about the picture. Fans couldn't help but notice how the oldest Kardashian-West kiddo was grown since she first returned to the world in 201

With his 6th birthday just a few months away, Nord will also become a big sister three times when the couple's second son arrives this year. The reality star confirmed reports that they expect via surrogate back in January while appearing on See what happens to Andy Cohen . Soon there will be another little guy in the famous family, and Saint wants his own little brother to look for – and of course, learn how to make up.

After all, he has mastered the art of the adorable image:

"These two are inseparable #Chi #Saint," wrote Kim with this perfect picture.

"My favorite boy," Kim tweeted with this snapshot of Saint swimming.

Kim kindly called his son Saint his "boo" at this tender moment, which was shared on Instagram.

All eyes on mother

Saint West couldn't take the eyes of the beautiful mother Kim Kardashian in this family snap!

Kim Kardashian showed that "we all need hugs" with this sweet Instagram image of Saint and Chicago!

Saint flashes a smile while they're out with Mom Kim.

Saint cozies up to papa Kanye while enjoying the 2017 Kardashian Christmas Eve party.

Kim sent a picture of Saint on his app for his birthday while suggesting the Kardashian Christmas card. "DAY 5 HAPPY BIRTHDAY for my beautiful boy Saint! I love you so much! You don't even understand !!!" Kim attached the picture.

Saint hops in his car seat for a drive.

Family on the Fourth

North and Saint Cuddle for mom during a star celebration 4th of July party.

Kim wrote this cute picture of Saint crawling on Instagram.

Saint looks nice in this picture with mom Kim.

Kim and Saint took this sweet selfie together.

Kim depicted these pictures, "Me and my Sainty boo a few months ago."

The West in White

Kim shared this lovely family photo of her meat in matching clothes.

Kim shower her little boy with kisses as they lie in bed.

Saint was filtered on Kim's Snapchat. How adorable is he like a wide eye bumblebee ?!

Kim wrote a Snapchat video of a smiley Saint who jumped around the hamburger in July 2016. Too sweet!

Kim snapped this lovely vid of her and Saint swapping smooches on her cheek.

Look at that face! Saint turned out early that he would grow up to much beautiful.

Saint kicks back in his crib. Zzzz

Kim first introduced his son back in February 2016. "Today is my father's birthday. I know there is nothing more in the world he would have wanted than to meet his grandchildren. So I would share this picture of Saint with everyone, "wrote the proud mother of two.