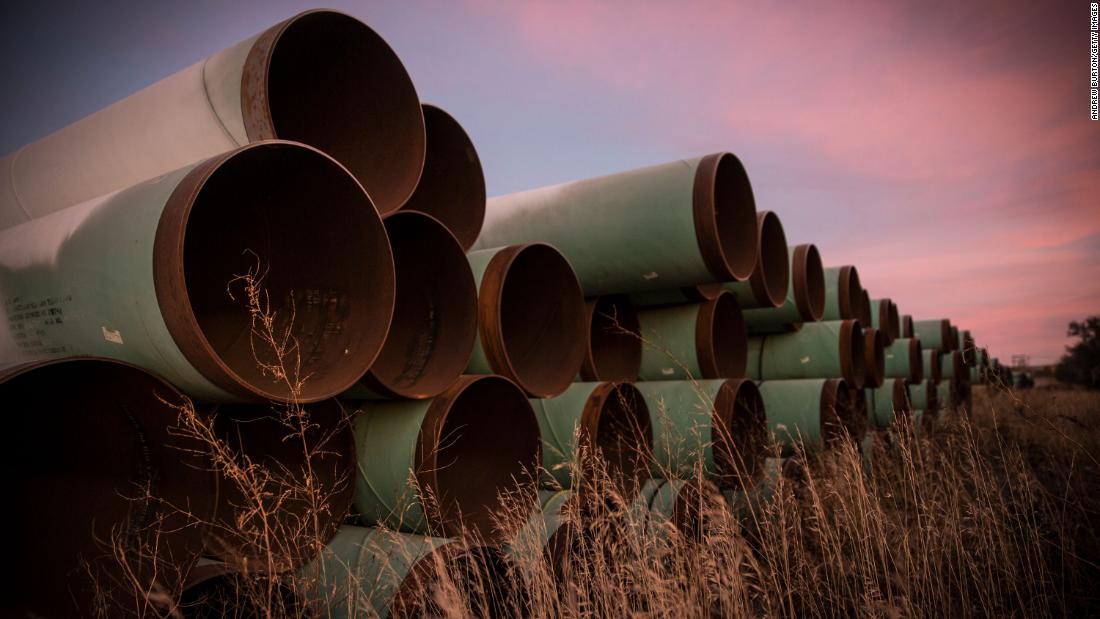 TC Energy, the Canadian company behind the project, said it decided to end the project after a comprehensive review of its options and consulting with the government of Alberta, Canada. The company said it would coordinate with regulators, stakeholders and indigenous groups to ensure a safe exit from the project.

The cancellation ends more than a decade of controversy over the pipeline and marks a major victory for environmentalists who claimed the project threatened the environment and would only exacerbate the climate crisis.

The project aimed to transport oil from Canada’s tar sands to the United States, and it has been a political football for years.

On his first day in the White House, President Joe Biden revoked the permission his predecessor gave to the Keystone XL, and also moved to re-enter the United States into the Paris Climate Agreement. TC Energy warned at the time that Biden̵

7;s decision “would directly lead to the dismissal of thousands of union workers.”

The completion of the Keystone XL will increase the pressure on Biden from environmentalists to complete other projects, including line 3 and the Dakota Access pipeline.

“The cancellation of the Keystone XL is a reminder that this project was never necessary and never in the public interest, and that it is time for the fossil fuel era to come to an end quickly,” said David Turnbull, Strategic Communications Director for Oil. Change International, said in a statement.

“It is unfortunate that political obstructionism led to the closure of the Keystone XL pipeline,” said Robin Rorick, vice president of midstream and industrial business at API. “This is a blow to American energy security and a blow to the thousands of well-paid union jobs that this project would have supported.”

Marty Durbin, chairman of the Chamber of Commerce’s Global Energy Institute, said the decision to end the project was understandable given the administration’s decision, but that the American people would ultimately lose the most by not having access to affordable and reliable energy that would have been transported safely and efficiently with the pipeline. “

However, environmental groups cheered the news.

“The completion of this zombie pipeline sets a precedent for President Biden and polluters to stop Line 3, Dakota Access and all fossil fuel projects,” said Kendall Mackey, campaign manager for 350.org’s Keep It in the Ground campaign, in a statement.