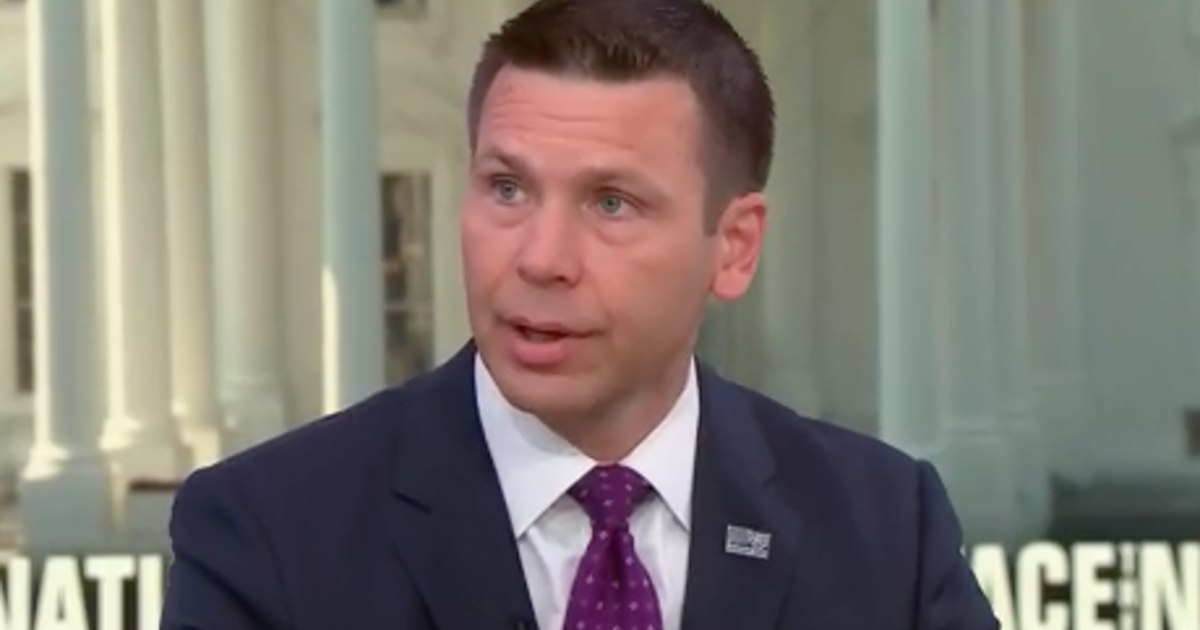 The Trump administration will not send immigrants crossing the southern border into Florida, a turn that was decided on the weekend, the Department of Homeland Security chief Kevin McAleenan told "Face the Nation" Sunday.

McAleenan's comments come after Florida officials said they were told earlier last week that federal officials sent immigrants to South Florida jurisdictions . McAleenan told "Face the Nation" that "US Customs and Border Protection informed officials locally in the areas they saw the possibility of doing so," but CBP acting commissioner decided not to do so on Saturday.

News about the plans turned criticism from elected officials in Florida, including Ron DeSantis, the state republican governor who said Friday the state "cannot accommodate this dumping of illegal immigrants in Florida." DeSantis confirmed in a Tweet on Sunday that he has spoken to Mr. Trump and migrants will not be on his way to his state.

"President @ realDonaldTrump and I spoke yesterday and confirmed that he did not approve or endorse sending immigrants illegally crossing the border with Florida. It will not happen," DeSantis tweeted.

McAleenan also insisted he never threatened to quit, denying a Washington Post report, which he threatened to leave in the middle of a dispute with top drum security adviser and immigrant hacker Stephen Miller, who allegedly pushes another shakeup on Agency.

"Our proposal is pro-American, immigrant and pro-worker. It's just common sense," said the president of supporters and journalists at White House Rose Garden on Thursday.