KCFD describes the plan used to mobilize in Ridgecrest after earthquakes 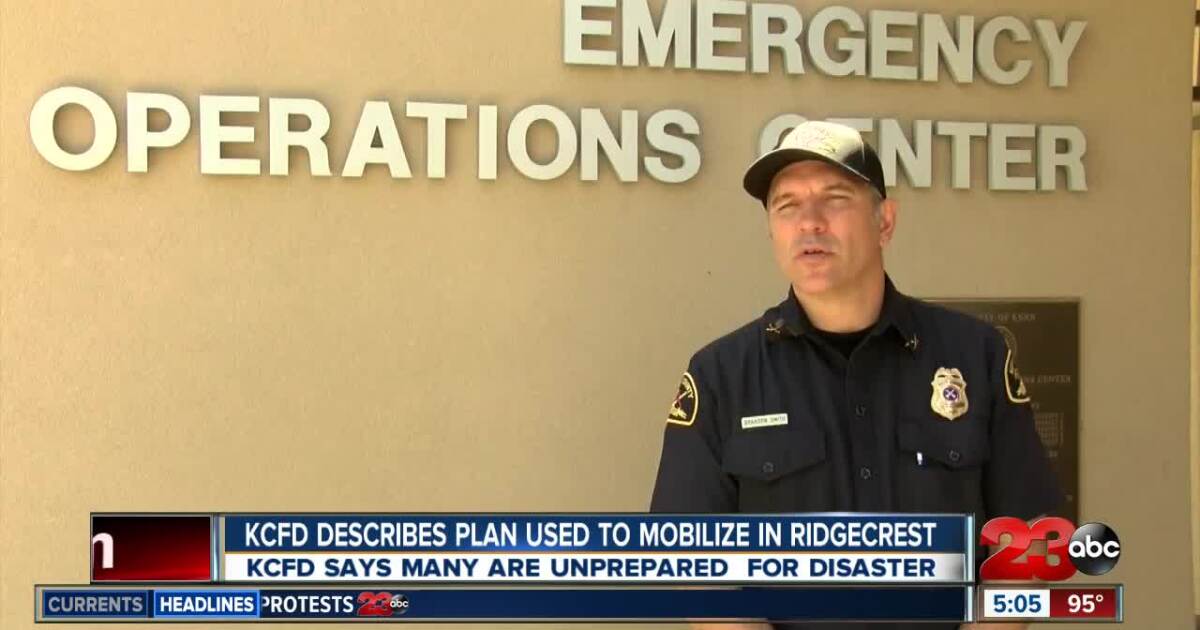 BAKERSFIELD, California – Officials from the Kern County Fire Department say they were prepared to respond to the natural disaster in Ridgecrest on Thursday, but generally many residents are not prepared for earthquakes.

"I think … to be really honest … I think many people are not prepared," said KCFD Batallion Chief, Brandon Smith.

Generally, Smith said that many residents are not prepared for a natural disaster like the Ridgecrest earthquake.

"I think it's just another great reminder how fast it can happen," Smith said.

More than 7,000 people were out of power for hours, a house burned down, Ridgecrest Regional Hospital was evacuated along with 20 other people from their homes.

However, Smith said that Kern County emergency responders and Ridgecrest City were all prepared and had a plan in place.

"We split it, and then we assign someone to be responsible for those areas, and then we continue to do the rescue, the search, or whatever we need," Smith said.

Smith said the year round the KCFD, the county and the Emergency Operations Center train for natural disasters. But he said that when county and city divisions identify a burden on resources, they turn to their mutual assistance support for extra support.

"And what it is that counties are overwhelmed, you can reach the state to bring in more support through these agreements, we felt pretty comfortable when we had stabilized things," Smith said.

"So we need a number of things for them … how to deal with you [how to] makes CPR how to stop bleeding if they have an emergency bleeding, someone has a large artery cut, they must learn to stop the bleeding quickly, "Smith said. "So there are a whole host of things that maybe if we have a disaster, you can't get a responder there right away to help you, and you might help alleviate it or get out of a scenario and that is the whole purpose of it. "

The one-day event at CSUB takes place on September 1

There will be guest speakers and many people available to address disaster issues, earthquake insurance, how to prepare, how to plan and what things you should have available.