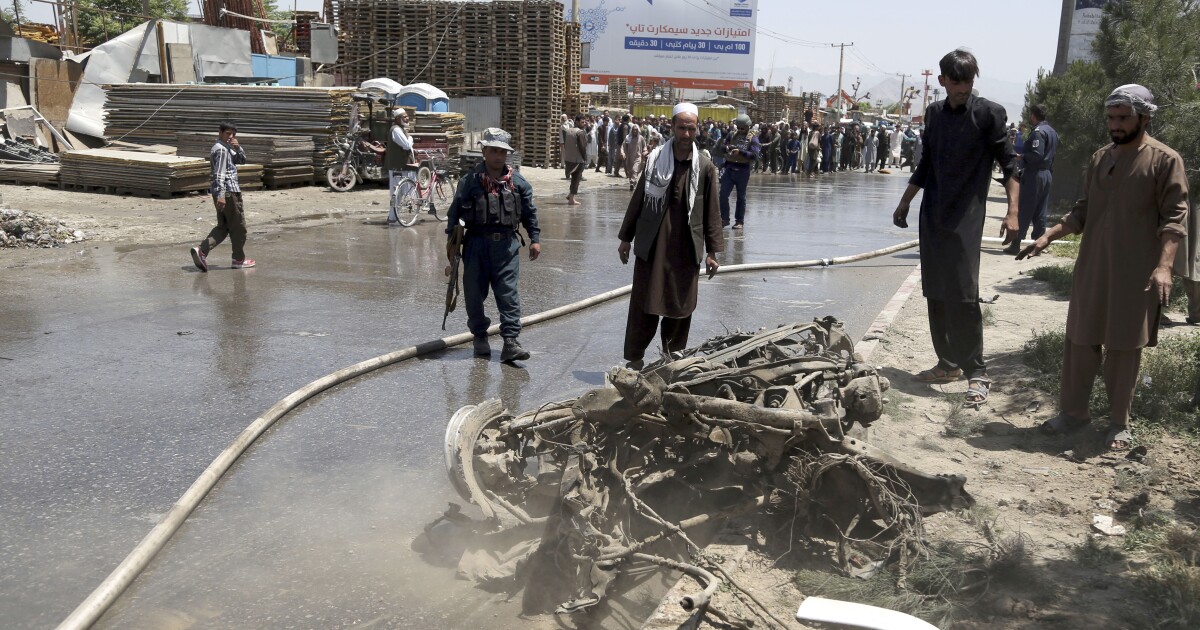 Four US troops suffered minor injuries when a suicide bomber targeted their convoy in Afghanistan's capital Kabul on Friday, confirming the US military.

It was the second suicide attack in Kabul in two days and killed at least four participants, according to local Afghan officials.

The Taliban claimed the responsibility for the explosion, which comes as peace talks continues in Moscow.

Reuters quoted the main Taliban spokesman, Zabihullah Mujahid, and said in a statement that the attack was aimed at a convoy of "senior foreign advisers" 1

"A VBIED [vehicle-borne improvised explosive device] struck an American convoy in Kabul this morning," Bob Purtiman, a US force spokesman in Afghanistan, confirmed to Washington Examiner in an email.