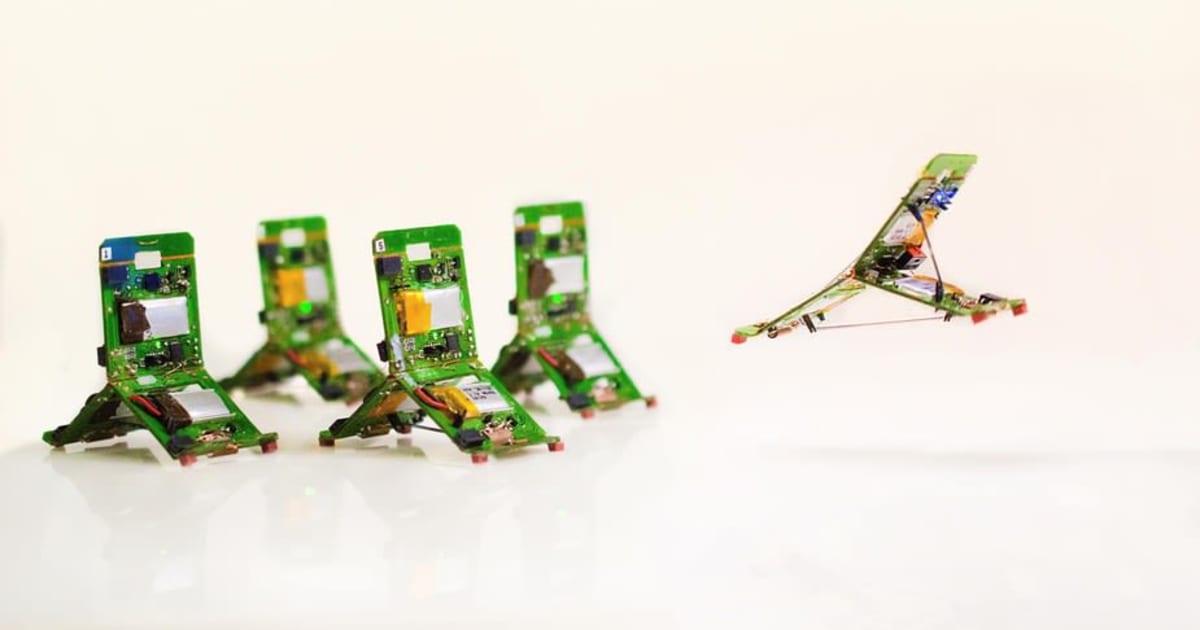 Now, researchers at the Swiss Federal Institute of Technology Lausanne (EPFL) have developed tiny robots with similar skills. They can jump or crawl across surfaces and communicate with each other to complete complex tasks and achieve goals.

The "Tribots" are origami robots with three legs which are autonomous and untethered. "Their movements are modeled on those of Odontomachus ants. These insects normally crawl, but to escape a predator, they snap their powerful jaws together to jump from leaf to leaf," says Zhenishbek Zhakypov, first author of the paper. The tiny bot has minimal intelligence on its own, but when connected to its siblings the collective can work together to solve puzzles like how to navigate around an obstacle or how to move a large and heavy object. The robots assign themselves to one of three roles when faced with a challenge: explorer, for detecting physical obstacles; worker, for combining strength to move objects; or leader, for others' instruction.

"Each Tribot, just like Odontomachus ants, can have different roles. However, they can also take on new roles immediately when faced with a new mission or an unknown environment, or even when other members get lost. This goes beyond what the real ants can do, "says group leader Professor Jamie Paik.

The bots could potentially be deployed for search and rescue missions, if they do not rely on GPS to communicate. They are easy to manufacture as well, so they could be in large groups and if they were lost on a mission the others could continue working without them. However, the greatest strength of the robots could be their adaptability. Certain circumstances, like heading to an unknown environment, could make them even more effective than bigger and more powerful robots.