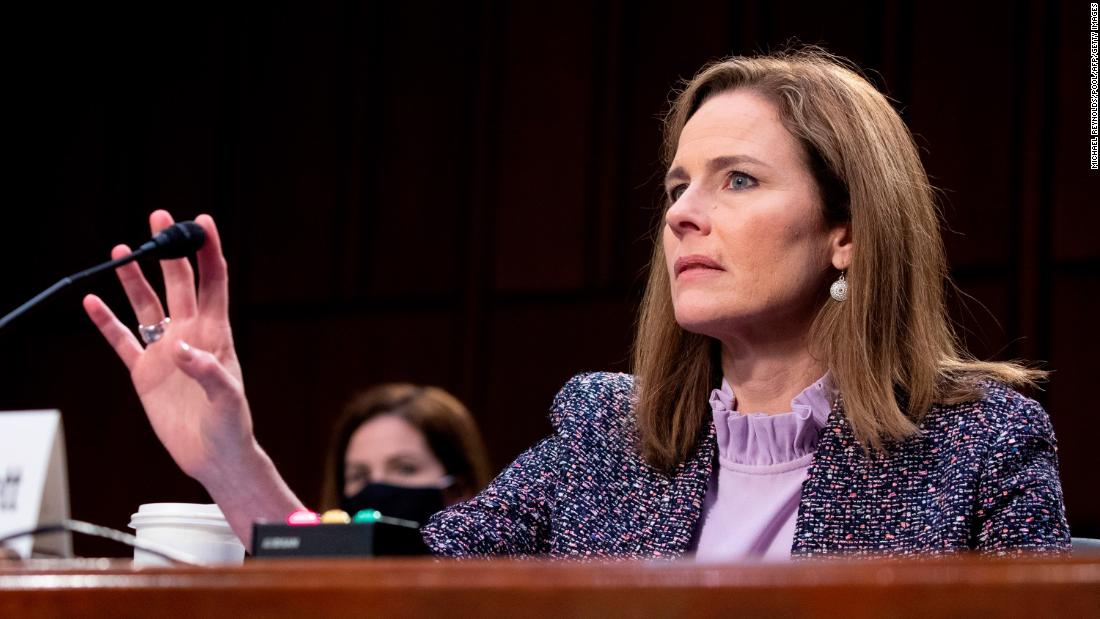 This is the second time that the Supreme Court candidate has updated her questionnaire after KFile reported that she had not originally included more public events in her documentation to the committee. Democrats on the committee tried to delay her appointment Thursday, pointing to the KFile reporting.

In a release announcing the latest addition, a Republican spokesman in the judiciary pointed to a press release from Senate Majority Leader Mitch McConnell, a Republican from Kentucky, noting that it is “completely routine” for Supreme Court candidates to supplement their questionnaires.

7;s law school showed that seven conversations, including one with the law school’s anti-abortion group, were not originally included in her Senate papers. The events included a panel on religion in the public square, a speech to a student’s religious community, a roundtable discussion on the Constitution, a faculty colloquium, a scholarship symposium, and an event sponsored by Notre Dame’s Women’s Legal Forum.

According to a committee member, Barrett must publish all public speeches she has given in her professional career to the Legal Affairs Committee. Similar types of events were on the paper she sent.

Last week, KFile reported that Barrett initially did not reveal two lectures she had given in 2013, which hosted two student groups against abortion in her papers to the committee. Following this report and a request to the White House for a “right to life” ad from 2013, which she had signed in a Notre Dame newspaper, Barrett sent a letter detailing the talks and the ad to the judiciary.
The Judiciary Committee is set to vote on whether Barrett’s nomination for the full Senate should be promoted next Thursday after four days of hearings this week.

The USPS is investigating undelivered ballot papers in Miami