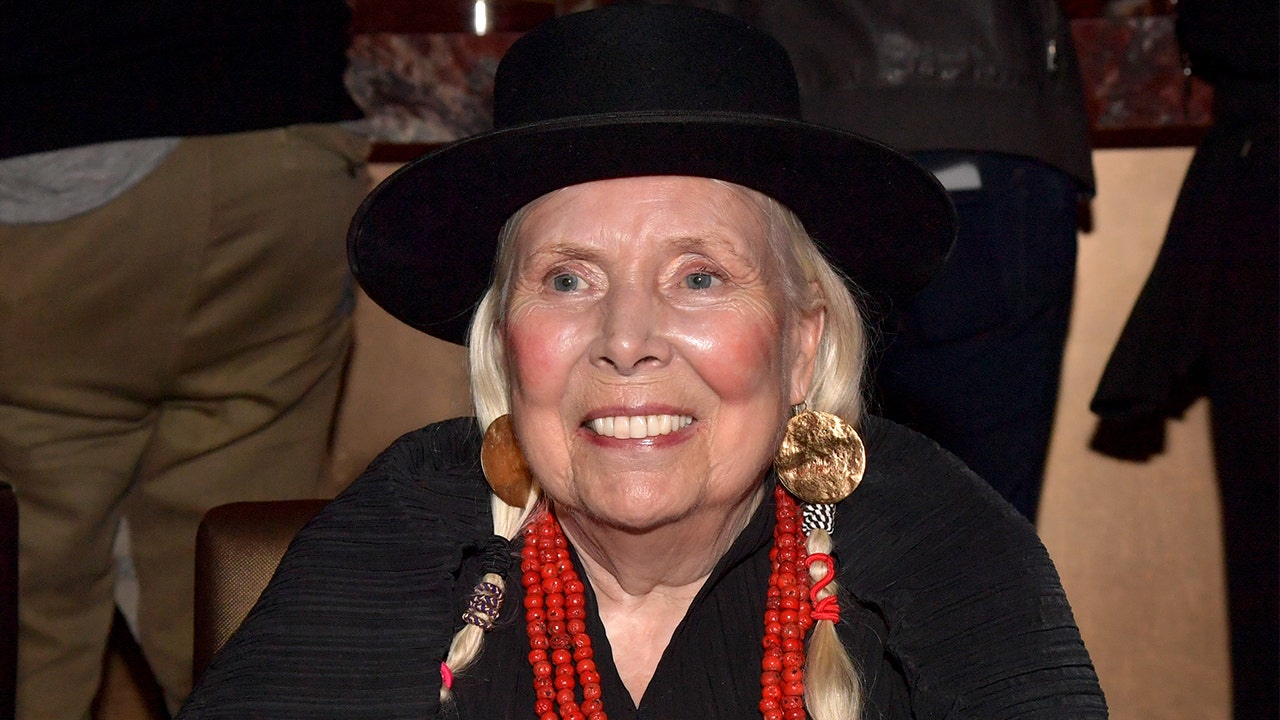 With the confessional honesty that Joni Mitchell displayed on his classic “Blue” album – which was released 50 years ago on June 22, 1971 – perhaps a more appropriate title would have been “True”.

“A lot of people think she’s exposing her soul, but I think she’s scratching her soul,” said Lori Majewski, co-host of “Feedback” on SiriusXM’s Volume channel. “The ‘confessing nature of’ Blue ‘is such that I think Joni Mitchell himself actually compared it to Dylan, who ended up making Dylan electric. It was such a groundbreaking thing to be this confession.”

7;s fourth studio LP – which Rolling Stone ranked No. 3 on last year’s list of the 500 greatest albums ever – actually raised gut waste for both female and male singers. “It made a lot of singers – especially male singers – very nervous that they had to put everything on the table that Joni had,” Majewski said. “I think the men, they sang about the times, they sang about the moment, but they looked outward. When you go inward, there is bravery – and Joni did it with a magnifying glass.”

And the “blue” bravery has inspired everyone from Prince – who after once writing Mitchell a fan letter before becoming “Purple Rain” royalty, continued to cover “A Case of You” – to today’s artists, including Brandi Carlile , Lana Del Rey and of course Taylor Swift. In fact, on “Blue,” Mitchell became intimate about her relationships with people like Graham Nash and James Taylor long before Swift bestowed on John Mayer and Jake Gyllenhaal.

“It was such a hugely influential record and is still a real touchstone for everyone,” said Patrick Milligan, producer of the Joni Mitchell “Archives” series, whose upcoming second volume (expected in October) will include material from her “Blue” period. . The collection is a preview of an EP, “Blue 50 (Demos & Outtakes)”, which was released on Monday.

“I think because it’s so honest, it’s so timeless,” Milligan said. “People keep coming back to it.”

For Nash, he got the first to hear “Blue” for the first time. “When I first heard the album, I realized that our love affair was over and it’s a very sad feeling for anyone who’s in love with someone, but especially because it’s Joni and me,” Nash told The Post.

“People said we literally lit up the room when we were both in it. Our love was very warm, very tender and very deep, and that’s one of the reasons listening to ‘Blue’ still draws in my heart cord. ” (Mitchell, who rarely conducts interviews, declined a request.)

While Nash and Mitchell lived together in Los Angeles, he saw her genius at work writing some of the songs, including “A Case of You.”

“I can clearly see in my head how she writes at her piano in our house in Laurel Canyon, which we shared for a few years there,” he said.

The “blue” tracks specifically about Nash – “My Old Man” and “River” – cover their relationship from opposite ends of the spectrum: On the former, Mitchell sings about a domestic happiness that does not “need a piece of paper,” while the latter is a breakdown complaint about losing “the best baby I’ve ever had”.

Nash insists he has never felt as if she shaved too much about him and their relationship. “No, I never did,” he said. “It was only admiration for her ability to do so.”

In fact, he added that it was “enormously brave” for her to reveal so much of herself – and yes, her love life – at the time. “She did not feel very strong,” he said. “She had a lot of questions about her life and how it might go.”

SECRETS BEHIND WOODSTOCK: THE TRUTH ABOUT JONI MITCHELL

Now, Nash still has mixed feelings when he listens to “Blue.” “I still feel a few emotions that should not go together: One is sadness and the other is disbelief in how brilliant she is.”

Nash remains flattered, as Mitchell once wrote about making her “weak in the knees” on “River.” And the two remain close: “I’ve been sending flowers for her birthday every year for the past 50 years.”

In a way, their love affair continues today, with “Blue” immortalizing it. “All these years later, there’s a part of my heart that still loves Joni Mitchell,” he said. “Once you’m in love with Joni Mitchell … you’re in love with her forever.”

Drummer Russ Kunkel – who played on “Carey”, “California” and “A Case of You” – connected with Mitchell through the lively Laurel Canyon music scene. “I had moved to Los Angeles with a band that I was in, called Things To Come … and I became friends with David Crosby, I became friends with Graham Nash, and then I was around the stage,” he said.

“My wife was Cass Elliot’s sister at the time [Leah], and we lived in a kind of studio suite above her garage in Laurel Canyon. Cass ‘house was a kind of melting pot for everyone who came through Los Angeles, so on any given day in Cass’ backyard would be Eric Clapton, Jimi Hendrix, John Sebastian, Joni Mitchell, David Crosby, Stephen Stills, you name it. “

In fact, Kunkel had heard some of the “blue” songs at Mama Cass’ house before he ended up playing on the record. And he will never forget hearing a certain “A Case of You” line for the first time: “As soon as I heard that text, ‘I could drink a case of you … And I would still be on my feet,'” it was one of those moments where you go into your brain, ‘The person who wrote this is like in the highest degree.’ “

But he did not initially dig deep into the lyrics to “Carey” or “California,” both of which were inspired when Mitchell took a break from performing and went on a longer vacation to Europe in 1970. “What I certainly knew is what I had to play, would be very simple, just support what she was doing, “said Kunkel from the recording sessions in Studio C at A&M Studios in Hollywood.

He joined a list of supporting players that included Mitchell’s then-girlfriend Taylor on guitar and Stills on guitar and bass. “Most of her parts were already down when we played these things,” said Kunkel, who had previously played drums on Taylor’s 1970 album, “Sweet Baby James.” “But she was always there … Joan produced that record.”

And for Kunkel, it was about not messing with the magic that happened: “My focus when I was in the studio was just concentrating on doing something bad first and playing the right role for the song, because I was listening to greatness. . “

For photographer Tim Considine, shoot the iconic the blue-skinned album cover of Mitchell’s masterpiece all began because of another female singer-songwriter. “It all started … at a Judy Collins concert,” he said. “She sang ‘Both Sides Now,’ and I was really impressed. Then she said, ‘If you like that song, wait until you hear the young Canadian who wrote it: Joni Mitchell. ‘I thought,’ I have to look for this artist. ‘ ”

Then armed with films typically used for dental purposes to better shoot in the dark, Considine went on to photograph Mitchell during a 1968 concert at the famous Los Angeles Troubadour.

“I went home and I developed the pictures, and … I loved the pictures,” he said. “So I went back the next night and went up the stairs [to Mitchell’s dressing room], knocked on the door and introduced myself. I had made 11 of 14 prints and she seemed to like them. And I felt 9 feet tall that this brilliant singer-songwriter, poet and painter liked my pictures. And then David Crosby came in and she handed them to him. And he took a look at them and said, ‘Use more contrast.’ “

Considine then “immediately” refined the image that would become the “Blue” album cover. He was thrilled when, later, in 1971, he was asked by art director Gary Burden if they could use the shot. “She had never had an album cover that was a photograph – she had painted all her album covers,” he said. “So I said, ‘Absolutely.’ “

But Considine was not a fan of the blue-colored treatment of his photograph, which was originally a black-and-white shot. “I hated it when I saw it,” he said. “It makes her look hard. It took all the softness out of the picture. It was awful.”

Still, Considine said, “I was honored – and still am – to be the first to photograph an album cover for this genius.”