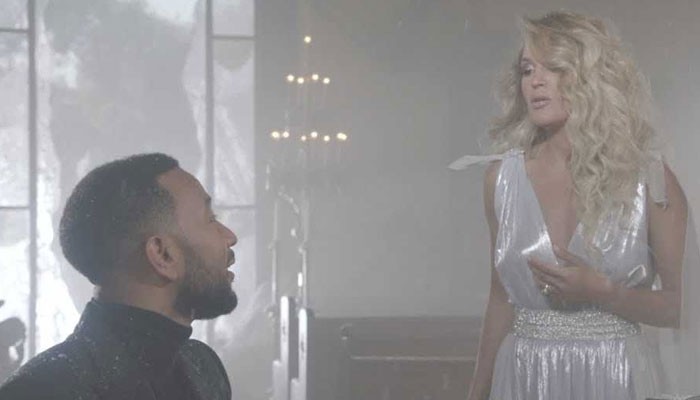 John Legend and Carrie Underwood’s latest collaboration on Hallelujah have left fans on the edges of their seats, and many cannot stop flowing over Underwood’s powerful vocals.

“This song and its message is much needed right now and I’m honored to have it on my Christmas album, My gift, “Underwood was featured on Instagram Stories earlier this week.”

This collaboration with John Legend is also not the only holiday surprise Underwood has in store for its fans.

Ever since last fall, the singer has been on the field to produce holiday content for her new Christmas album. She touched on the release during an interview with People magazine.

She was even quoted as saying, “I started working on this album last fall and recorded it in the spring … so I’ve literally been living with Christmas music for a year now! I hope the album becomes a soundtrack for people when they are preparing for and celebrating Christmas. That would make me happy. “