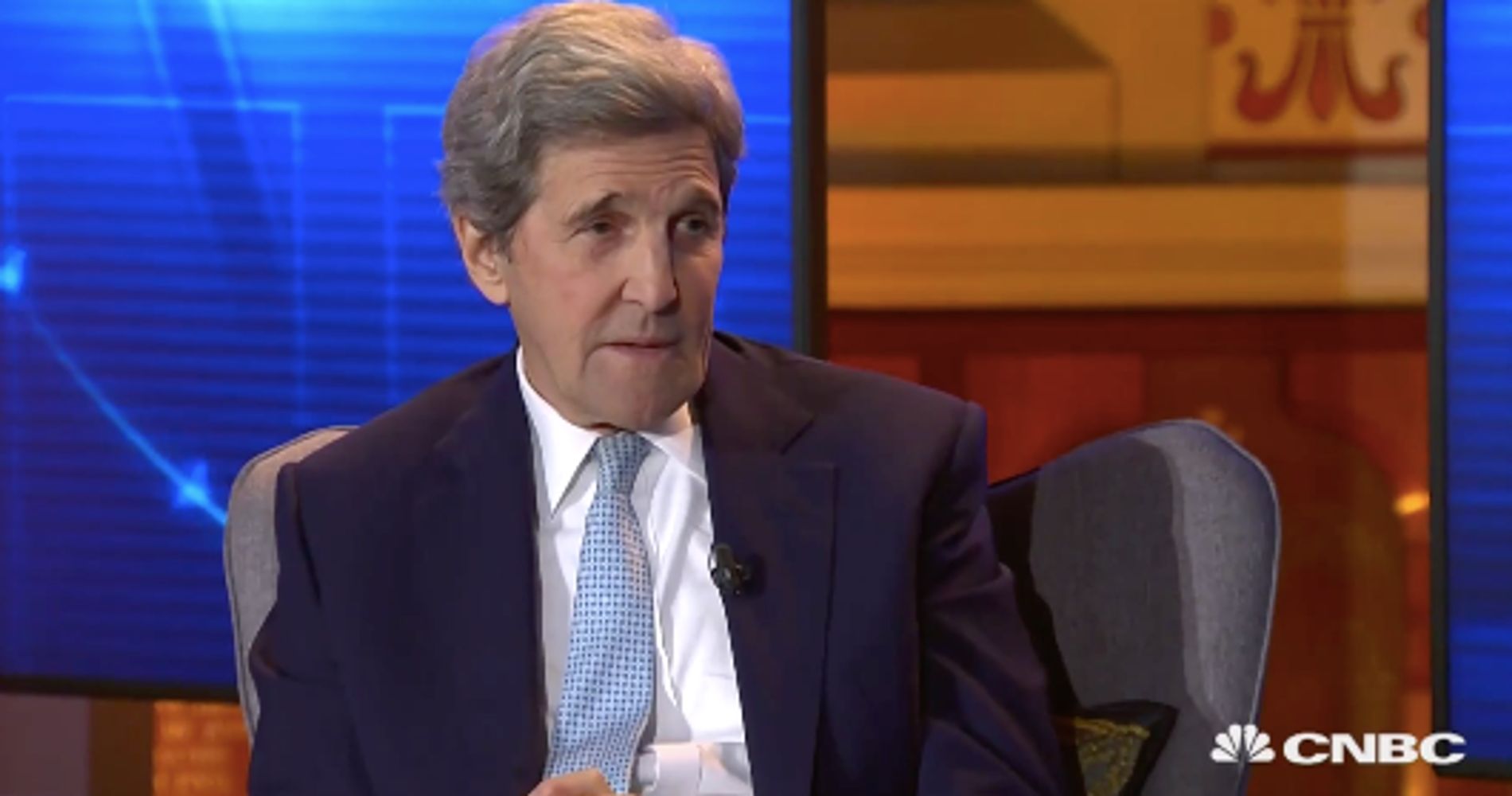 The former Democratic senator from Massachusetts hesitated for a few moments when asked during a panel at the World Economic Forum in Davos, Switzerland Trump if he was next to him.

"I can't play that – I just – I would," Kerry said, shrugging. "But I know that, see, because he doesn't take any of this seriously. She doesn't have the ability to have a conversation. ”

Pressed further, Kerry answered that he would say,“ Resign. ”The audience laughed and applauded.

What would John Kerry say to Trump if they were sitting across from each other? "Resign." https://t.co/jKtRgh4Vm8 pic.twitter.com/NXbMzQ5gfx

Trump skipped this year's World Economic Forum, an annual gathering of world leaders and wealth elites, citing the ongoing partial government shutdown, which entered its 32nd day on Tuesday. U.K. Prime Minister Theresa May and French President Emmanuel Macron also from the forum this year amid political unrest in their respective countries.

Kerry, who served as secretary of state under President Barack Obama, has been an outspoken critic of Trump. In September, he managed the president of "corrupt" and "chaotic" administration.

"There is no secret about how chaotic this is, and increasingly, there is no secret about how corrupt it is," he told MSNBC. “And it's obviously just corrupt on a question of criminality; it's corrupt in terms of keeping faith with American principles, keeping faith with the direction of the country, the way we need to go and the way we need to govern ourselves. ”The White House did not immediately respond to HuffPost's request for comment on Kerry's remark in Davos.