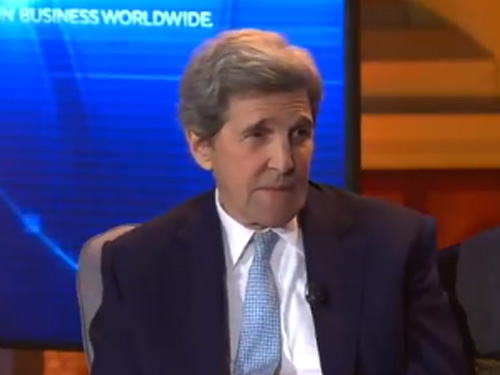 Asked what message he has for President Trump, former State Secretary John Kerry told those who listened to a CNBC Davos World Economic Forum panel that the president "should resign."

QUESTION: If you had Donald Trump sitting opposite you, what would your message be to him?

JOHN KERRY: I can't play it – just – I wanted to, but I know you see he doesn't take any of this seriously.

QUESTION: So what would your message be?

The president tweeted about the gathering of economic elites: