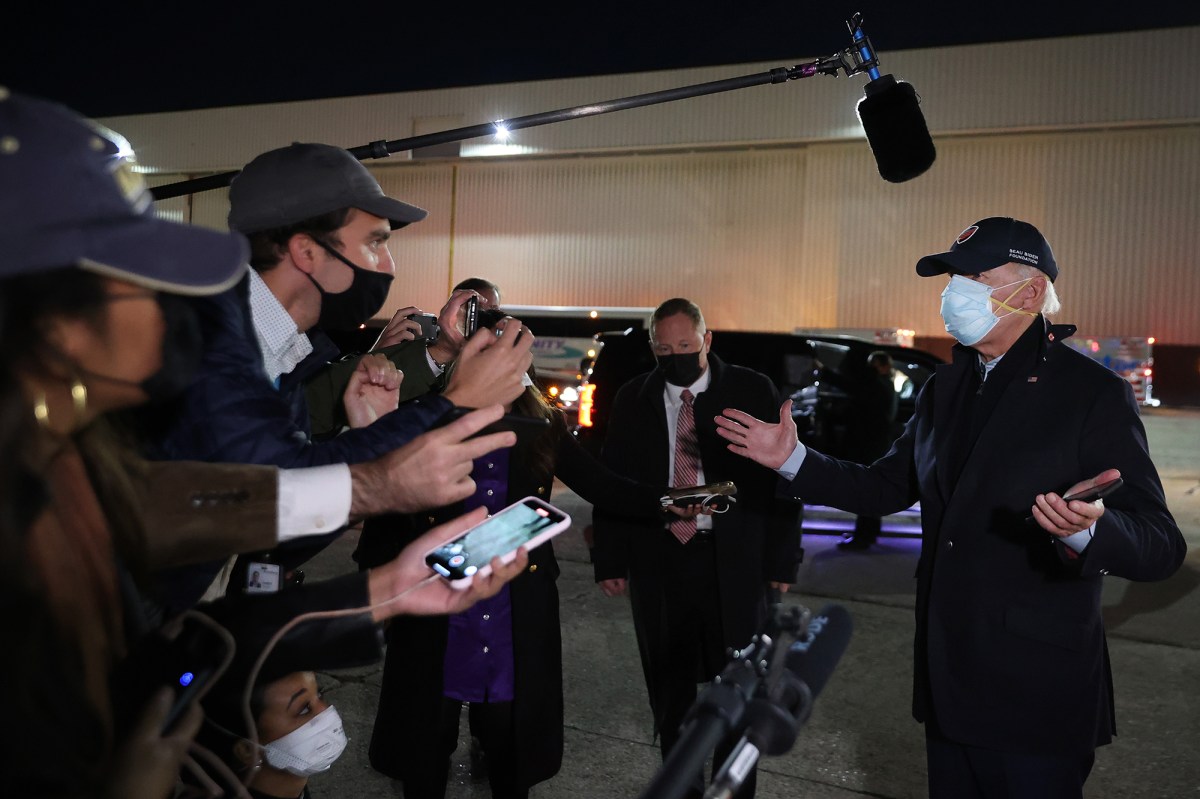 His answer? “I have no response.”

After not being asked about the growing controversy surrounding Hunter Biden at ABC News town hall by moderator George Stephanopoulos, the former vice president spoke to reporters outside his private jet Friday after his campaign events in Michigan. And when he was contacted on the subject by CBS News reporter Bo Erickson, Biden went after the journalist.

“Mr. Biden, what’s your answer to the New York Post story about your son, sir?”

“I know you will ask,” Biden fired back. “I have no answer, it’s another smear campaign, right up in your alley, those are the questions you always ask.”

The presidential campaign in Biden 2020 earlier reacted to the Post story on Wednesday, saying that the former vice president “carried out the official US policy towards Ukraine and did nothing wrong” and that “Trump administration officials have certified these facts under oath.”

The post received a 2015 email stating that Vadym Pozharskyi, an adviser to Ukrainian energy company Burisma, thanked Hunter Biden for “giving an opportunity” to meet his father, who then served as vice president under Barack Obama.

Elder Biden has previously said that he “never spoke to my son about his foreign business dealings.”

The controversy escalated further after Facebook and Twitter began cracking down on the spread of the article on social media.

“While I will not intentionally link to the New York Post, I will be aware that this story is eligible for fact-checking by Facebook’s third-party fact-checking partners,” Facebook spokesman Andy Stone tweeted on Wednesday. “In the meantime, we are reducing the distribution on our platform.”

Twitter claimed in a statement that they had taken action against the article in accordance with the company’s “Hacked Materials Policy” and prevented users from sharing the report. The company rolled back its overzealous breakdown amid setbacks, which included a mea culpa from Twitter CEO Jack Dorsey.