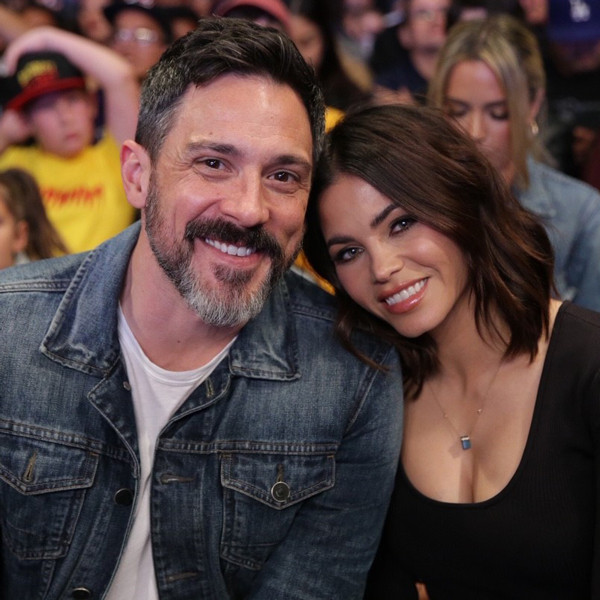 Jenna Dewan and Steve Kazee are taking their romance public!

The Resident actress and the Tony winner, who first sparked romance rumors in the fall of 2018 Monday Night Raw Jenna has previously revealed that Steve is a "huge wrestling fan" who got her into the sport. The cute couple documented their fun night out on social media, with Steve noting that it's Jenna's first time at Monday Night Raw .

"Baby's first Raw ," he wrote alongside a sweet selfie of the couple

The duo also posed for a photo in the audience as they enjoyed their night.

Monday's date shows that the celeb couple is still going strong, about eight months after E! News of their budding romance. Now, a source is giving E! Jenna and Steve are all about having a great relationship, the insider shares. "He is very mature and there is no drama. It's just easy and comfortable."

The source adds that they are together "a lot" and he is becoming a "big part" of Jenna's daughter's life. Jenna is mom to Everly Tatum 6, who she shares with ex Channing Tatum .

"He's a kid, good hearted guy and Jenna feels so lucky to have found him, "the source shares with E! News. "She feels very confident and secure with him. He makes her feel the most important thing in the world and there is no doubt whatsoever. They are very much in love and getting serious."

8 that Jenna and Steve had been dating "for a few months." An insider shared in late October, "She was introduced to him by mutual friends and they hit it off right away. Jenna really likes him and is very happy. She has completely moved on from her marriage and is happy to have with someone new. Steve treats her very well and is doing everything right. She's hopeful about the future, but not getting too far ahead of herself. "”/>

The couple took a trip to Palm Springs in Nov. 2018, where they were spotted sharing a kiss

Sealed With (Another) Kiss

Later that month, Jenna and Steve packed on the PDA while out in Los Angeles

In Dec. 2018, Jenna stepped out to support Steve at his Love Actually Live performance. According to an insider, Steve stayed here as a walked off stage at the end of the show. Too cute!

In April 2019, Jenna appeared on the Ellen DeGeneres Show where she talked to guest host John Cena about her boyfriend. "Steve, my boyfriend, is a huge wrestling fan and he got me into it," Jenna told the WWE star. "I watched WrestleMania by myself. He wasn't even in town."

The couple enjoyed an evening at Monday Night Raw in June 2019, smiling for photos together in the audience.

That same night, the duo went backstage, where they took a picture with Raw Women's Champion Becky Lynch.