Jeff and MacKenzie Bezos, the world's richest couple, are divorcing. That doesn't mean there will be drama Nation 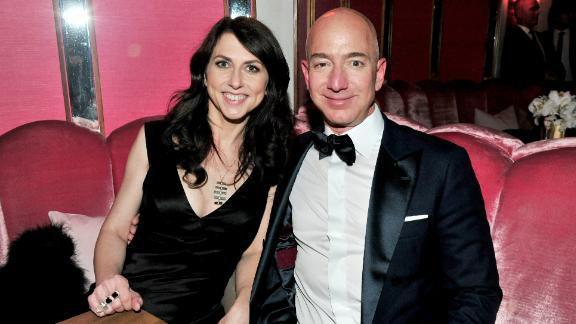 When high-profile CEOs with mega wealth get divorced, many assume it will be a contentious, drawn-out drama.

But it doesn't have to be

In a statement Wednesday announcing they were ending their marriage, Jeff and MacKenzie Bezos made clear they were parting amicably. "We feel incredibly lucky to have found each other and deeply grateful for every one of the years we have been married to each other. If we had known we would separate after 25 years, we would do it all again."

Attorney Laurence Hirsch, who represents clients in high-net-worth divorces at Jaburg Wilk in Arizona, said he can tell pretty quickly which couples are likely to benefit from mediation and avoid battling it out in a courtroom. The telltale sign? "Both sides come to their lawyers and say this just did not work. I don't hate my spouse or regret marrying them," said Hirsch, who is not involved with the Bezos divorce.

Mutual respect isn't the only factor that might help a couple avoid drama. "When you have really high-profile cases, with assets north of $ 500 million, it could be easy," Hirsch said.

Case in point: He recalls a well-known client with hundreds of millions of dollars in divorce which was settled amicably within two months.

"When you are comparing a settlement of $ 200 million or $ 250 million, the difference between wealth that could last six generations versus six-and-a-half generations. Perhaps it's not worth fighting over the totality of the circumstances, "Hirsch said.

Since Bezos, the world's richest person with a net worth north of $ 1

35 billion, and his wife may have a lot to divide, but not much to nickel-and-dime each other

Staying in control at work

Most of the couple's money comes from Amazon (AMZN), the $ 800 billion behemoth that Bezos founded and still leads. And his position as one of the most powerful CEOs in the world will bring a lot of public attention to his personal life.

But Bezos and any high-profile CEO in the midst of divorce can do a lot to prevent the situation from their being a liability at the office.

CEOs who are emotionally intelligent, who stay in control of their negative emotions and who are proactive in alerting their board and executive team about their situation, can mitigate any potential fallout at work, said Dr . Marilyn Puder-York, a psychologist and executive coach.

"It doesn't have to be a catastrophe," said Puder-York. She recommends CEOs not feel any shame when making the announcement to the board and to have a plan in place to manage it. She notes that she has an illness.

Special care must be taken to manage the executive team. If the CEO's direct reports are used to have everything delegated to the CEO, Puder-York said, there may be infighting if the CEO is distracted or has to be absent as a result of the divorce.

Hirsch also has seen cases where there can be a lot of gossiping among members of the executive team about why the CEO is divorcing. And interested in elevating or unseating the chief may float about his or her behavior. "Then it gets back to the CEOs. And now not only do they have a divorce on their hands, but they have to manage power plays."