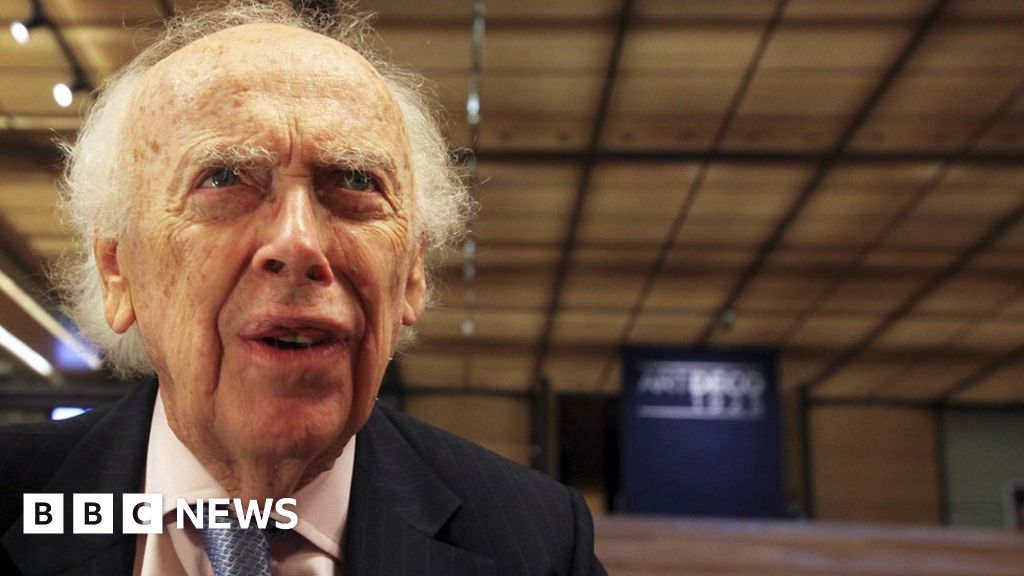 Nobel Prize-winning American scientist James Watson has been stripped of his honorary titles after repeating comments about race and intelligence.

In a TV program, the pioneer in DNA studies made a reference to a view that genes cause a difference on average between blacks and whites on IQ tests. Cold Spring Harbor Laboratory said the 90-year-old scientist's remarks were "unsubstantiated and reckless."

Dr Watson had made similar claims in 2007 ̵

1; and subsequently apologized. 19659007] He shared the Nobel in 1962 with Maurice Wilkins and Francis Crick for their 1953 discovery of the DNA's double helix structure.

Dr Watson sold his gold medal in 2014, saying he had been ostracized by the scientific community race

He is currently in a nursing home recovering from a car accident and is said to have "very minimal" awareness of his surroundings.

In 2007, the scientist, who once worked at the University of Cambridge's Cavendish Laboratory, told the Times newspaper that he was "inherently about the prospect of Africa" ​​because "all our social policies are based on the fact that their intelligence is the same as ours – whereas all the testing says not really. "

While his hope was that everybody was equal, he added," people who have to deal with black employees find this is not true ".

After those remarks, Dr Watson lost his job as a chancellor at the laboratory and was removed from all his administrative duties. He wrote an apology and retained his honorary titles of chancellor emeritus, Oliver R Grace professor emeritus and honorary trustee. Masters: Decoding Watson, aired on US public broadcaster PBS earlier this month.

"Dr Watson's statements are reprehensible, unsupported by science," the laboratory said in a statement, adding that they effectively reverse his apology. became Cold Spring Harbor's director in 1968, its president in 1994 and chancellor a decade later. At the laboratory is named after him, the Associated Press reports.

In an interview with the news agency, his son Rufus said Dr Watson's statements "might make him out to be a bigot and discriminatory" but that was not true .

"They just represent his rather narrow interpretation of genetic destiny … My dad made the lab his life, and yet now the lab holds him a liability."