Jair Bolsonaro, Brazil's President, remains in the hospital with signs of pneumonia 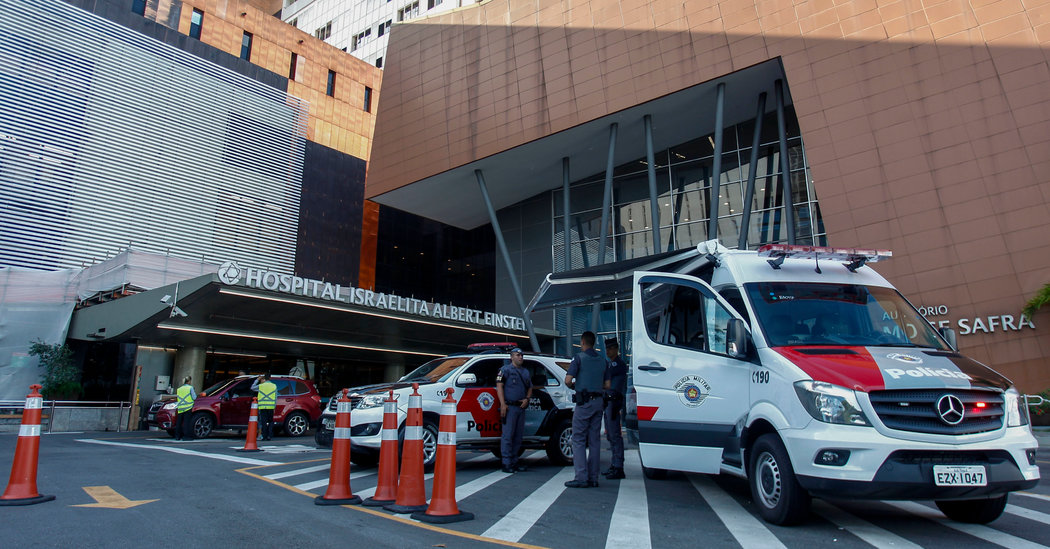 RIO DE JANEIRO – President Jair Bolsonaro from Brazil, who was admitted late last month for a stabbing procedure during a September campaign rally, remained in a semi-intensive department in São Paulo on Thursday with signs on a possible pneumonia infection.

Albert Einstein Hospital said in a statement that it had conducted tests on Mr. Bolsonaro after an isolated episode of fever Wednesday night.

"He went through a tomography of the chest and stomach that showed a good development of the intestinal frame and the images compatible with pneumonia," the hospital said.

Doctors said that Mr. Bolsonaro did not eat fast food. He does exercises and has no pain, they added.

Mr. Bolsonaro, a far-right politician elected president in October, checked into the hospital on January 27 to remove a colostomy bag introduced after a stabbing attack.

His recovery in the hospital was originally expected to take seven days.