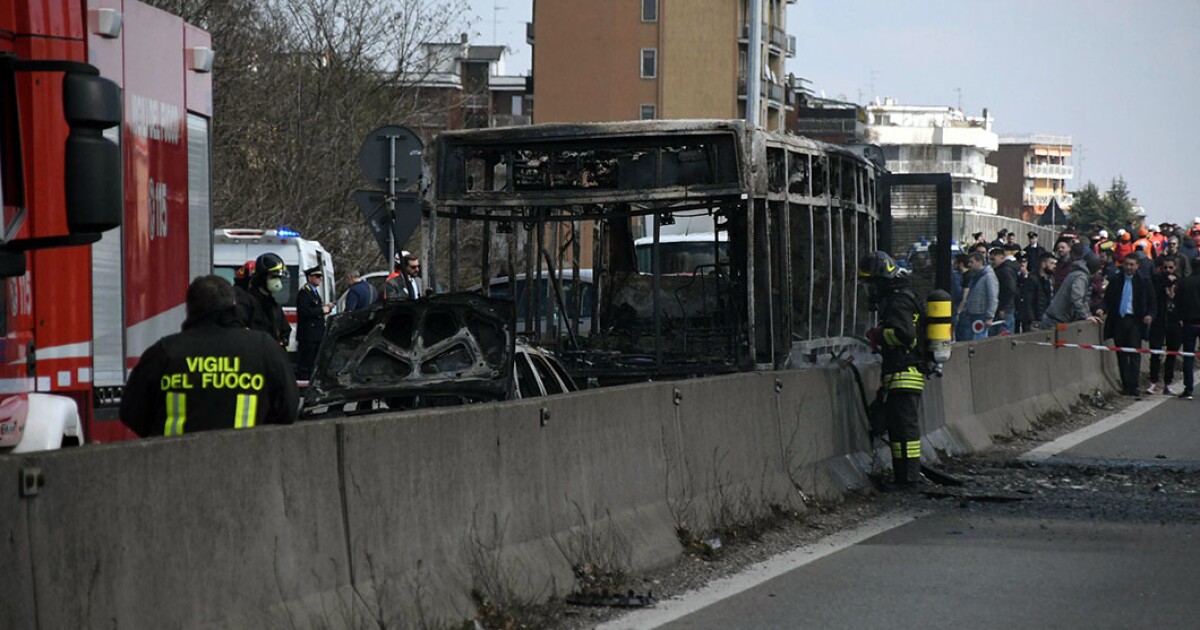 A bus driver in Italy was arrested Wednesday after allegedly taking 51 children hostage and setting the vehicle ablaze.

There were no deaths and no one was badly injured in what was described as "a miracle" by Milan chief prosecutor Francesco Greco, according to the BBC.

Authorities said Ousseynou Sy, an Italian citizen originally from Senegal, told them he was discovering the deaths of migrants crossing the Mediterranean after being captured. After the bus off course, she reportedly told the children, "No one will survive."

The 47-year-old was stopped by police before she jumped from the vehicle, which was doused in kerosene, and put it ablaze. Authorities rushed in, breaking windows and rescuing the children from the burning bus. Some of the kids on board had been tied up.

They allegedly sent a video to action to friends in Italy and Senegal with the message, "Africa, Rise up."

Greco said authorities are deciding whether to level terrorism charges against Sy, who has already been charged with kidnapping, attempted mass murder, causing a fire, and resisting arrest. Officials say they are also weighing whether to revoke Sy's citizenship.

Although there were no major injuries, 1