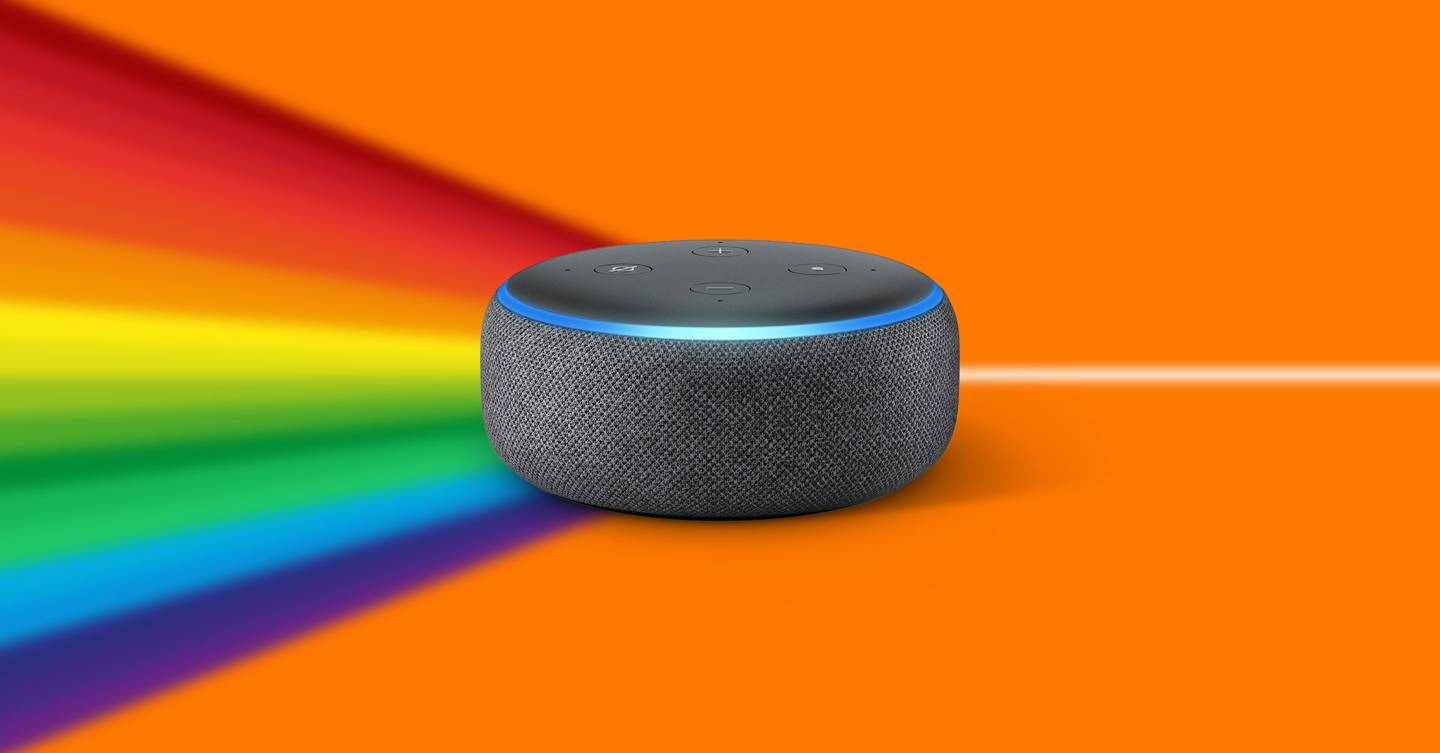 If you want to glimpse the future of home internet and data collection, you need to pay close attention to what Amazon has been up to this month. The e-commerce behemoth has made a couple of small but substantial moves in recent weeks, hinting at its ambitions not only about the smart assistant market, but also the pipes of the internet.

First, Amazon announced it would be acquiring mesh networking startup eero. Then, this week, the company revealed a new partnership with semiconductor firm Qualcomm, on a development kit for bringing Alexa to mesh networks. Put together, this suggests a company with more than a passing interest in the development of new routers, and how Alexa could be brought to bear on those humble gateways of the internet. Should we be concerned about the world's largest online retailer, and the internet's largest cloud provider, perhaps also controlling the Wi-Fi in our homes?

What is a mesh network? The child of a router most people will probably be familiar with is a single device, nestled in a cupboard or under the stairs. A mesh network, on the other hand, is made up of a number of interconnected routers called nodes. Instead of relying on one node for a signal, connectivity is distributed across a mesh or nodes. Each one provides Wi-Fi coverage, but they talk to each other as a single network. Importantly, there is no hierarchy between these mini-routers – no central node – so if one stops working, the rest of the system should be able to re-route and carry on as normal.

Mesh networks have been used by the military since the 1980s, and in the decades since by city infrastructure projects. But only in the past couple of years has the approach crept into homes – part of the development of Wi-Fi technology, but also the growing demands of smart home appliances. According to the data site Statista, revenue in the smart home market is expected to be $ 35.9 billion (£ 28 billion) in 2019, rising to $ 53.45 billion in 2022. The logic goes to the more smart home appliances, the greater the reliance on stable Wi-Fi coverage.

"Amazon might be lucky that it just sniffed in before someone else saw the market," says technology expert Darien Graham-Smith. “It feels like a market on the brink of maturity, rather than one just beginning.” Indeed, Netgear, Linksys and BT already offer mesh routers, although the main comparison with Amazon here is Google, which launched its Google Wi-Fi router in 2016. These white pucks look like Google Home, but are separate from the company's AI hubs. Google Wi-Fi nodes do not have microphones, unless the search engine is keeping them secret, as it was found to have done this week with its Nest home alarm system.

"It's no surprise that the tech giants like Google, Amazon and Samsung have moved into this product category," says Brad Russell, research director at consulting company Parks Associates. “Home networking is essential infrastructure for the connected home.”

But is Amazon looking to go one step further, combining its own mesh routers with its own smart speakers? "To me, obviously from anything else, stealing the march from Google," says Graham-Smith. “If you buy next generation Echo and it automatically extends the Wi-Fi for you as part of the setup, I think that's a really strong proposition. If you have an Echo device in the bedroom, bathroom, etc, you get a Wi-Fi performance boost for free. ”

From an ease of access point of view, combining a router with Alexa functionality's sense. Why have two small pucks when you can combine them into one? The Echo Dot, for example, is already designed to be affordable enough for several to be plotted throughout your home. Turn those into mini-routers and you'll knock two birds with one dot. The company has yet to announce anything in the way of a mesh Echo, but it does now own mesh startup honor – and the partnership with Qualcomm that manufacturers using the chipmaker's standard, including Netgear and Asus, can bring Alexa to their routers.

And this is where we come to the privacy concerns. A number of smart home device manufacturers have spoken out recently about the demands Amazon and Google place on them to provide status updates or device activity. Ian Crowe, a senior director with Logitech International, told Bloomberg: “There are very relevant concerns about how much the system knows.” If Amazon's systems were integrated into a home's internet router, it would make it even easier for the company to know what happening under a person's roof?

"To a certain extent it depends on whether Amazon keeps the mesh router, and the data collection there, separate from data that's generated and collected through Echo devices," says Anita Bapat, a data protection and privacy partner at law firm Kemp Little. "When you amalgamate and combine sets of dates, that raises concerns, because you're building a very rich profile of an individual." Bapat's outlook chimes with that of Marion Oswald, senior fellow in the department of law at the University of Winchester. She says that much will depend on whether or not Amazon moves into becoming an internet service provider rather than just an equipment supplier. “If they do, then they could have access to data about everything you do on the internet, excluding genuinely encrypted content. There would be big questions about how customer consent to the processing of this data would be handled. ”

Eero's privacy policy says the company does not track internet browsing activity, but it does collect personal data such as name, telephone number and e -mail address during setup of accounts, and automatically collects device data when in use, including MAC and IP addresses for connected devices. Wired.co.uk understands that Amazon has no plans to change its policy at this time. For its part, Lionel Guicherd-Callin, head of worldwide energy products and services at Google, explained that Google Wi-Fi nodes "do not track the websites you visit or collect the content of any traffic on your network", but do collect information on "Wi-Fi channel, signal strength, and device types". All the better to optimize performance, although this does mean Google similarly knows what internet-connected devices you have in your home.

"Even with that, if you're collecting information on what devices are connected to, say, in Wi-Fi connection has say, three iPhones, two iPads, a Mac," says Bapat . “With that pretty information you can build a certain profile of an individual, and can make inferences.”

Legally, any data collected by these companies would be subject to the restrictions and obligations of the GDPR. But for Amazon, which still makes most of its money from online retail, the more information it can gather about potential customers the better. If they were able to know what devices were owned, what times they were used, what they were used for, it could build a detailed picture of a household, even without specific information about internet browsing.

“What is important here is that adding router data allows Amazon to better predict what signals intelligence specialists call patterns of life, ”says Ciarán Mc Mahon, author of The Psychology of Social Media. “This is also why smart electricity metering is so attractive to similar companies – these provide granular patterns of life data. In other words, you can better tell what is happening in the house at any particular time, and therefore predict what behavior will occur next. Naturally, this can help you advertise products much better if you know exactly how many people are in a home and what they are doing at any particular time. ”

, whether it will keep it separate as a separate entity or eventually fold it into its Echo line. But when you consider the sway Amazon has over the smart home on the one hand, and the backbone of the internet on the other, adding Wi-Fi routers to its arsenal seems like one way to connect the dots – for better or worse. 19659017] More great stories from WIRED

– Inside the vulnerable fame of YouTube's child ASMR stars

– What happens when you drink Huel and Soylent for a month?

Get WIRED Weekender, your at-a-glance roundup of the most important, interesting and unusual stories from the past week. In your inbox every Saturday at 10am.

Thank You. You have successfully subscribed to our newsletter. You will hear from us shortly.

Sorry, you have entered an invalid email. Please refresh and try again.