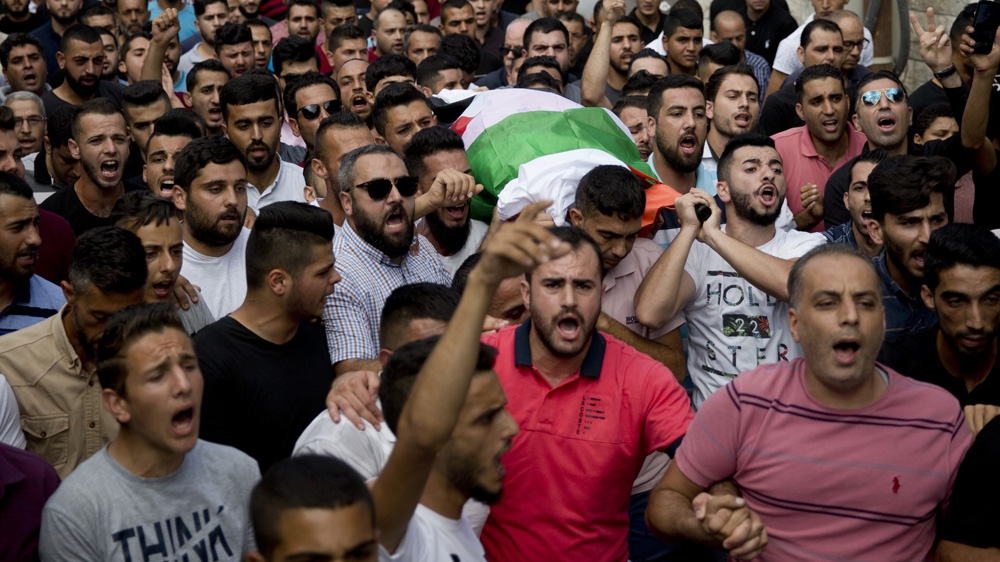 Israel's prosecutors have accused a 16-year-old seminar student of rape for his involvement in a rock-throwing attack that killed a Palestinian woman in his car.

The teenager, who was not named in charge on Thursday because he is a minor, was one of five students arrested after Aisha al-Rawbi's death, 47 who died of a head wound in October after stones were thrown at her near an illegal Israeli settlement in occupied West Bank.

Besides killing those who have a maximum sentence of 20 years, the prosecutors accuse the teenager of throwing stones in the anti-Arab attack "as part of a terrorist act". He was also accused of stoning and deliberate sabotage of a vehicle, both "under terrorist circumstances".

Her husband managed to continue driving and turn it into a Palestinian clinic where al-Rawbi eventually died, according to prosecutors.

Footsteps of the scene showed what appeared to be a blood-stained broken brick at the passenger seat covered with broken glass and blood stains.

After al-Rawbi's death, Israeli authorities started an investigation leading to the arrest of suspects in December 30.

Four other suspects arrested as part of the investigation have been released for house arrest. The five were students at the religious seminar Pri Haaretz in the Rechelim settlement in the occupied West Bank.

According to a lawyer speaking to the news agency Reuters on condition of anonymity, evidence against teenager included his DNA found on the stone, but lawyers for the teenager have refused to have had any involvement in the case.

"This charge is on a weak feeding and DNA that we doubt will stand up to judicial control," defense lawyer Amir Bracha said.

Teenager's family also said he was innocent, claiming that the accusers were desperate to charge someone with the crime. "We know our son is innocent," said a suspect's statement.

Al-Rawbi's husband, Yacoub, said he had no faith in Israeli justice and wanted to be heard in an international court.

"The Israeli police and intelligence at both who hit us led to my wife's death, but they accused only one person," he said.

"When they hit our car with stones, they were more than four people," he told AFP's news agency.

"I want all those who killed my wife to be tried in an international court."

According to rights activists, Israel has set foot in case of anti-Arab attacks by Israeli settlers in comparison with studies of Palestinian attacks.

The most high-profile case in recent years was a fire dazzle in 2015 by a home in the Palestinian village of Duma, which killed an 18-month-old son and his parents.

Amiram Ben-Uliel, 21, from the North West Bank settlement of Shilo, was charged with three counts of murder and one of attempted murder, arson and conspiracy to commit a hate breeze in the case.

A 17-year-old was accused of being an accessory to committing a racially motivated murder.

Since then, an Israeli court has thrown out parts of both the minors' and Ben-Uliel's notices were obtained through physical coercion that made a backlash to the case.

Less in the case was released for house arrest in July after the decision on the executive order.