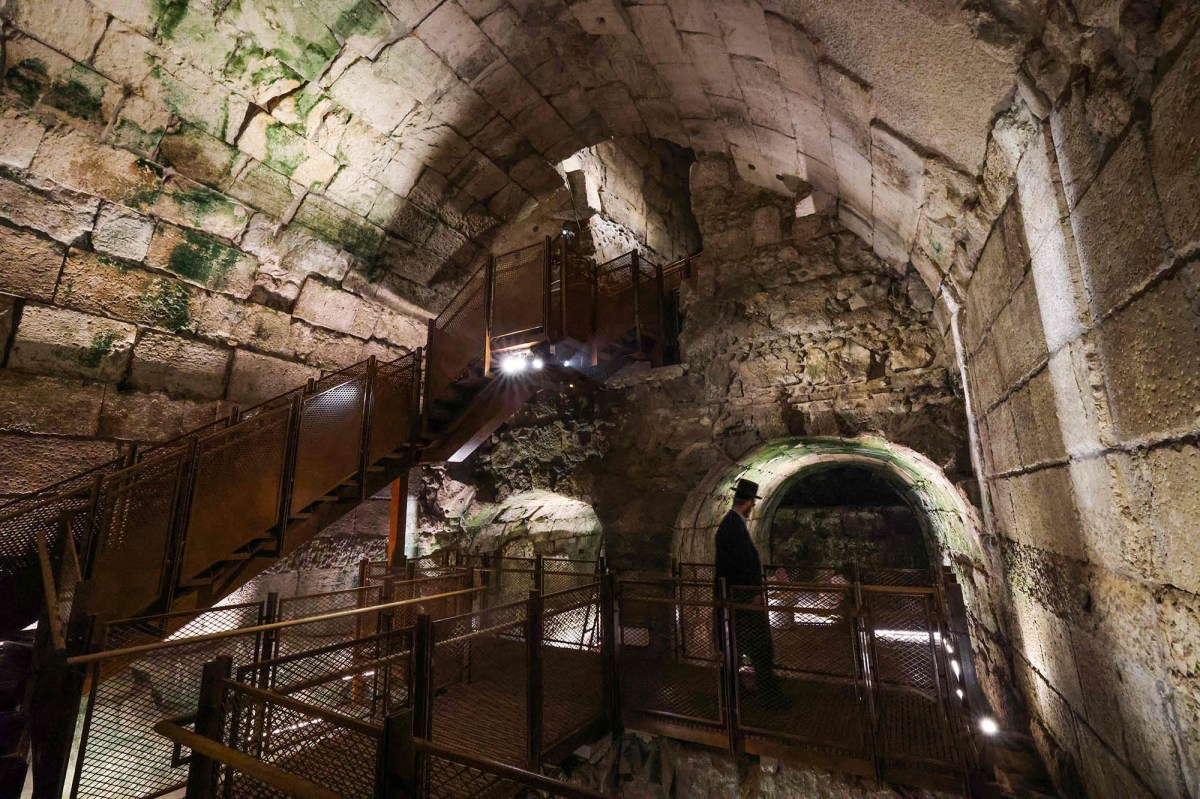 Israeli archaeologists have reportedly discovered a lavish building where VIPs and members of the elite were probably welcomed on their way to visit the nearby Temple Mount about 2,000 years ago.

“This is without a doubt one of the most magnificent Second Temple public buildings ever uncovered outside the Temple Mount in Jerusalem,” Shlomit Weksler-Bdolach, director of excavations on behalf of the Israel Antiquities Authority, told the Jerusalem Post on Thursday.

The magnificent structure will soon be part of the itinerary for the Western Wall, giving visitors an insight into first-century life, the IAA and the Western Wall Heritage Foundation said.

1; the upper parts of a pillar – that protruded from the walls of the rooms, which offered wooden sofas where visitors could rest, drink and eat while resting in luxury, according to the news committee.

Another chamber contained a lavish fountain with running water.

“The furniture did not survive, but we can still see their imprint on the walls,” said Weksler-Bdolach.

Part of the impressive structure was first discovered in the 19th century during work done by the British archaeologist Charles Warren, who reached the roof of one of the chambers.

“The structure was completely filled with earth, but just by looking at the highest parts of the walls, he understood that it was a prominent building,” Weksler-Bdolach told the Jerusalem Post.

“We were able to reach the floor and collect ceramics, coins as well as organic samples for the carbon-14 dating, all of which have enabled us to understand when construction started,” she said.

IAA architect Shachar Puni said: “The new route provides a better understanding of the complex and important site known as the Western Wall Tunnels, while emphasizing the scale of this magnificent building.”

Mordechai Soli Eliav, president of the Western Wall Heritage Foundation, said “visitors will see fascinating finds and walk for the first time along the entire route among the remains of the Second Temple, illustrating the complexity of Jewish life in Jerusalem between Hasmonean and Roman periods.”

The Temple Mount, the holiest site of Judaism, also houses the Haram al-Sharif compound, the third holiest site in Islam that includes the al-Aqsa Mosque and the Dome of the Rock.