Israel police withdraw from Jerusalem's Dome of the Rock News 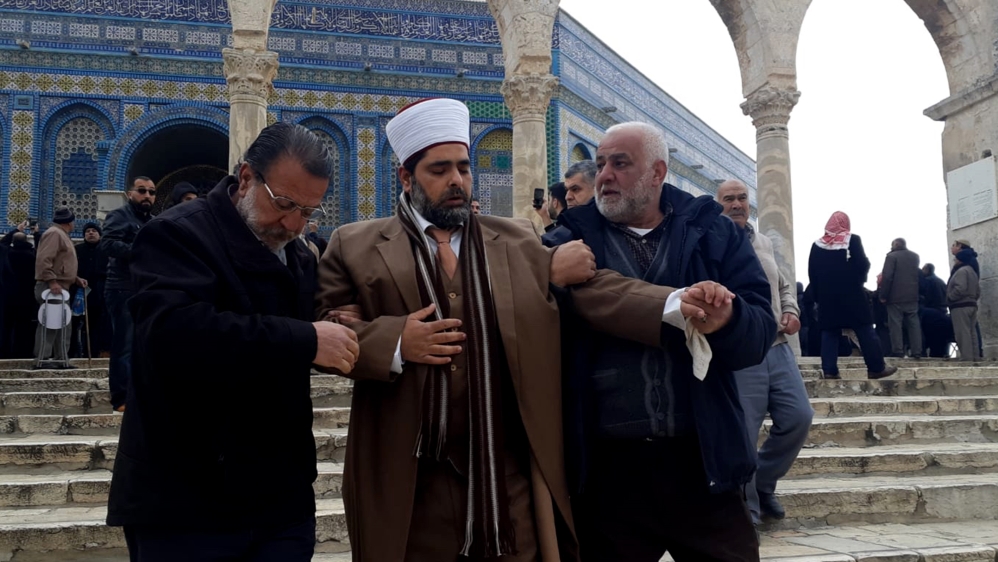 Al-Aqsa's Dome of the Rock Mosque occupied East Jerusalem has been reopened to Muslim warlords following an hours-long siege by Israeli police, according to one of the Palestinian guards of the holy compound.

Shortly after the mosque was reopened, five Palestinians – including three mosque guards – were detained by Israeli police as they left the area, according to an Anadolu Agency correspondent based in the area.

Earlier on Monday, Israeli police had imposed on the Dome of the Dome of The Rock, located in the Old City's Al-Aqsa Mosque compound, sparking pensions between police and Palestinian warlords.

According to Firas al-Dibs, a spokesman for Jerusalem's Religious Endowments Authority, the incident began earlier on Monday when Palestinian guards shut the mosque after an Israeli policeman tried to enter the site without permission.

"The guards asked the policeman to take off his [Jewish Kippah] cap before entering the mosque, but he ref used and attempted to force his way into the place, prompting the guards to close it, " Dibs said the Israeli police carry out routine security checks every morning. However, since the officer refused to remove his kippah, the guards became suspicious that he was going to perform the Jewish prayer inside the mosque.

Non-Muslims are allowed to visit the site during certain hours, but are not allowed to pray at the site.

Worshippers then scuffled with police as Israeli police arrived and waited outside the mosque to arrest the Palestinian guards.

Hundreds of Palestinians had converged at the In the scuffle, Israeli police physically assaulted Sheikh Omar al-Kiswani, director of the Al Aqsa Mosque, Dibs said. He has been transferred to a hospital for treatment.

Palestinians have long feared that Israel plans to take over the site so it can build the Third Temple, allegedly denied by the Israeli government, which says it has no plans to change the status quo. [19659004] Since Temple activists have admitted that praying at the compound is the first step in achieving their goal of building the Third Temple in the Noble Sanctuary, Palestinians remain concerned about the Jewish visitors to the compound, many of whom attempt to pray.