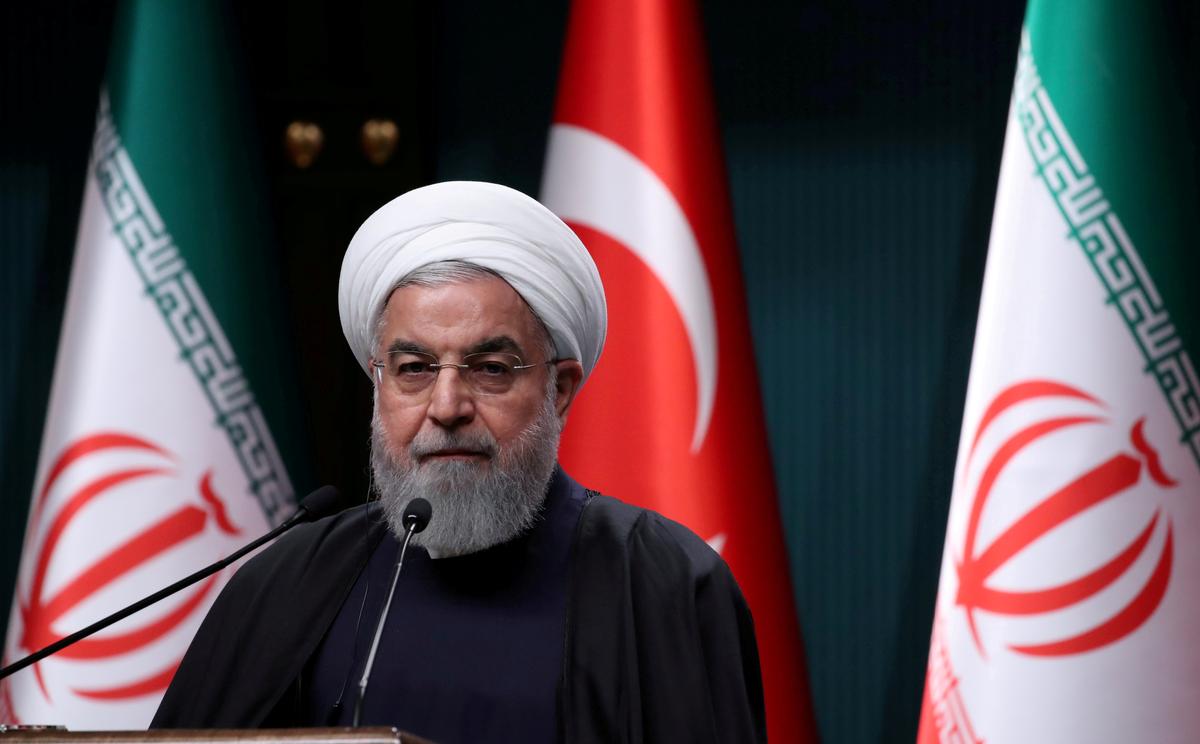 The force said on Wednesday a suicide bomber driving a vehicle loading with explosives had attacked a bus transporting members of the guards in the province of Sistan-Baluchestan.

A militant Sunni Muslim group, Jaish al Adl (Army of Justice), which says it has greater rights and better living conditions for the ethnic minority Baluchis, has claimed responsibility for the attack, Iranian media reported.

"The crime will remain as a" dirty stain "in the black record of the main supporters of terrorism in the White House, Tel Aviv and their regional agents," Rouhani said.

Apart from Israel, Rouhani did not name the regional states he believed were to blame. Mainly Shi'ite Muslim Iran does not recognize Israel, which is a key U.S. ally in the region and Tehran sees as posing an existential threat to its existence.

"There is a link between this crime … and some regional and international spying and intelligence agencies," TV quoted Iran's top authority, Supreme Leader Ayatollah Ali Khamenei, as saying.

Khamenei ordered immediate action against those responsible for the attack.

In the past, Tehran has used its main regional rival Saudi Arabia or backing Sunni militia groups who have carried out bloody attacks against Iranian security forces. Riyadh has denied the charges.

Repeating warnings made by senior commanders of the Guards, Rouhani said Iran was determined to bring justice to those responsible for one of the worst assaults ever against the Revolutionary Guards in years.

The assault, which wounded at least 13 people, took place in the province of Sistan-Baluchestan, which has a large, mainly Sunni Muslim, ethnic Baluchi community, which straddles the border with Pakistan.

Jaish al Adl has taken out attacks against the border guards from Pakistan since its founding in 2012. Iran has called on neighboring countries to crack down on separatist groups.