Iran Is Preparing A Launch. But Is It For A Space Rocket Or A Missile? : NPR 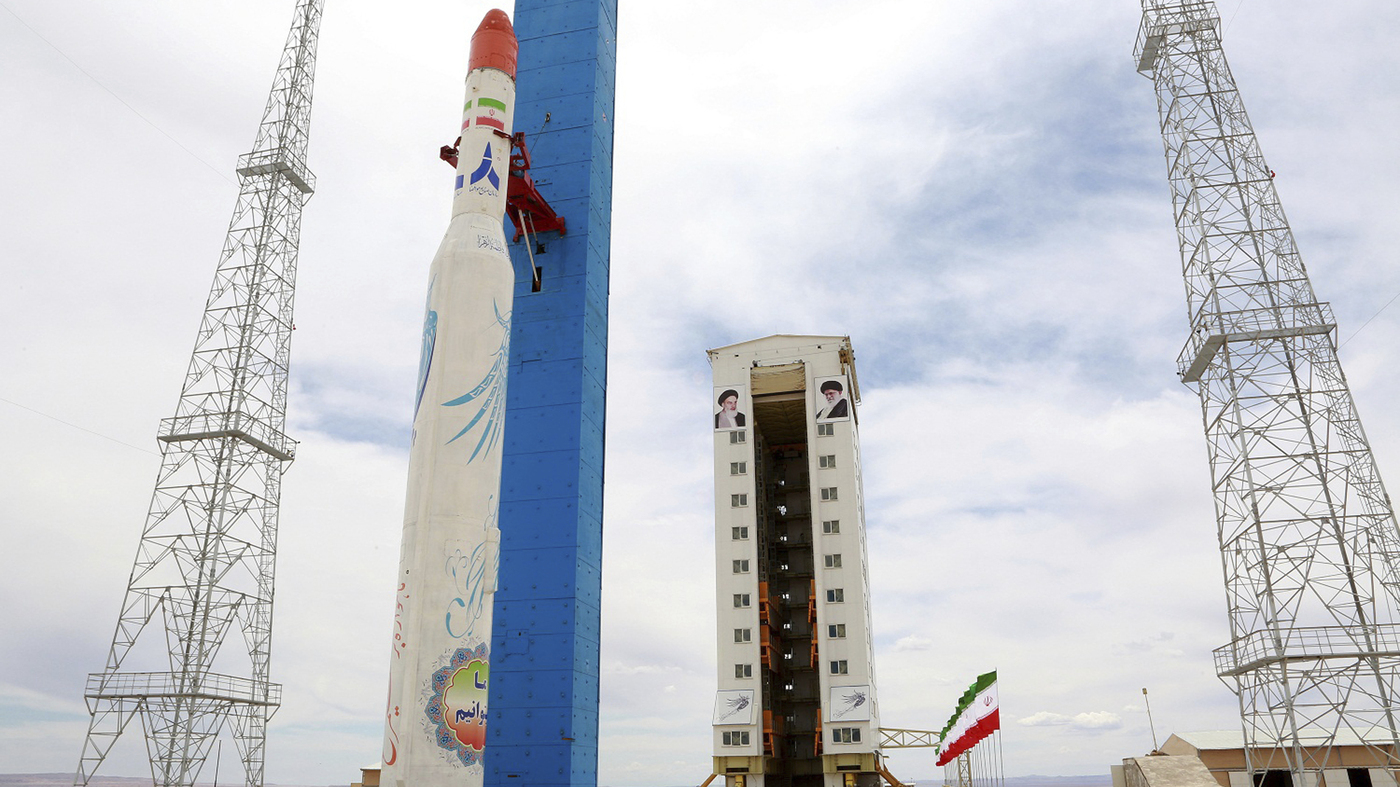 About once a day, little satellites zip over northern Iran and snap a few pictures of the Imam Khomeini Space Center. The satellites, Planet, not a record much – until recently

Don't see the graphic above? "We're seeing all kinds of activity," says Jeffrey Lewis, a scholar at the Middlebury Institute of International Studies at Monterey, who is analyzing the images as they come in. In recent days, he's noticed cars and trucks moving around the site.

"We saw a large number of fuel trucks show up, suggesting that there is fuel being moved to the site," Lewis says. "We can only see all kinds of activity at both launch pads." Squeezed By U.S. Sanctions, Iran Has A Especially Bad 201

Iran has said that its motives are peaceful. It soon launches several satellites for communications and remote sensing as part of the nation's long-running space program. But in a statement, Mike Pompeo's secretary of state recently called the planned launches "provocative." He said these launches, if they happen, are really about developing intercontinental ballistic missiles (ICBMs). The technology used by Iran, he said, is "virtually identical" to what was needed for an ICBM.

So which is it?

Markus Schiller, the founder of ST Analytics, an independent consultancy in Germany, Has spent a lot of time looking at Iran's space program. He says the program does have links to the military. For example, the engines Iran uses on its Simorgh space launcher have a military origin.

"It's actually a missile engine," he says.

But not a very good one, he says. It's an old design from the Soviet Union, picked up by the North Koreans and later transferred to Iran. It's clunky and inefficient, and uses a low-power child or rocket fuel.

That means a lot of fuel is required to get even a small payload into space, or a warhead to a distant target. The rocket has to be huge. It takes weeks to set up, and it can probably only be launched when the weather is favorable.

Also, Schiller says based on press photos like those released before the launch of the Simorgh in 2017, Iran's space rocket can't work as a missile. Its second stage is too small. Put it all together and he takes Iran at its word 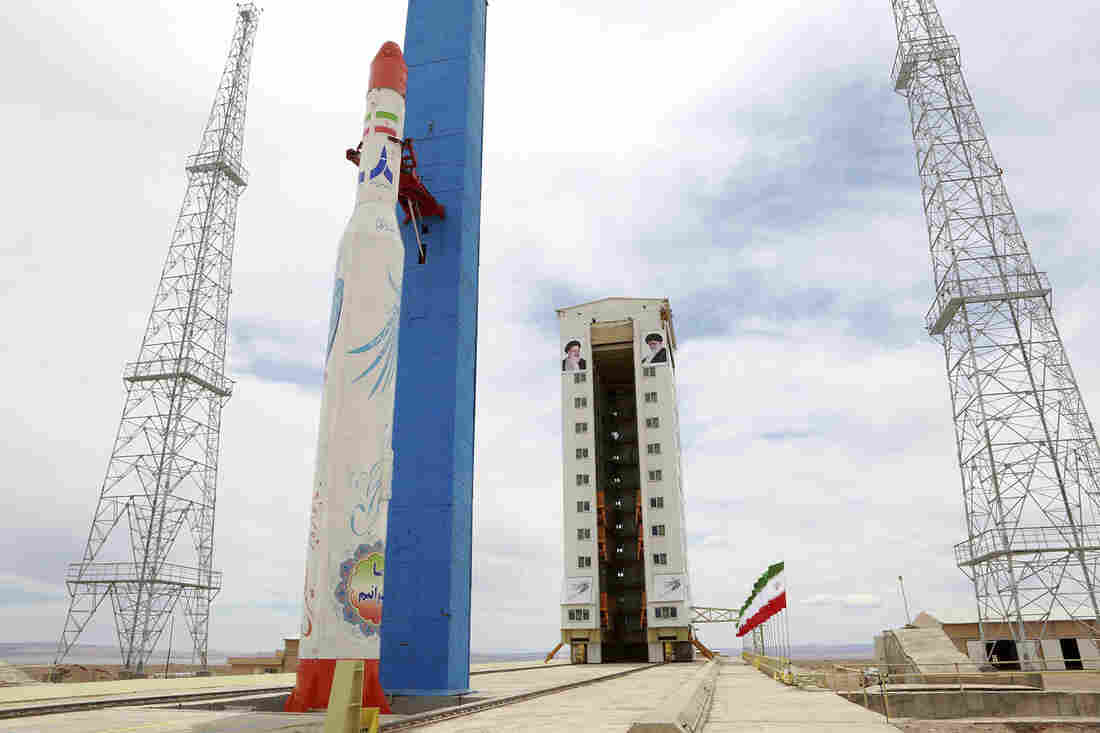 Iran's Simorgh rocket pictured before an attempted satellite launch in 2017. Experts say rocket's second stage is too small to be used as a missile. 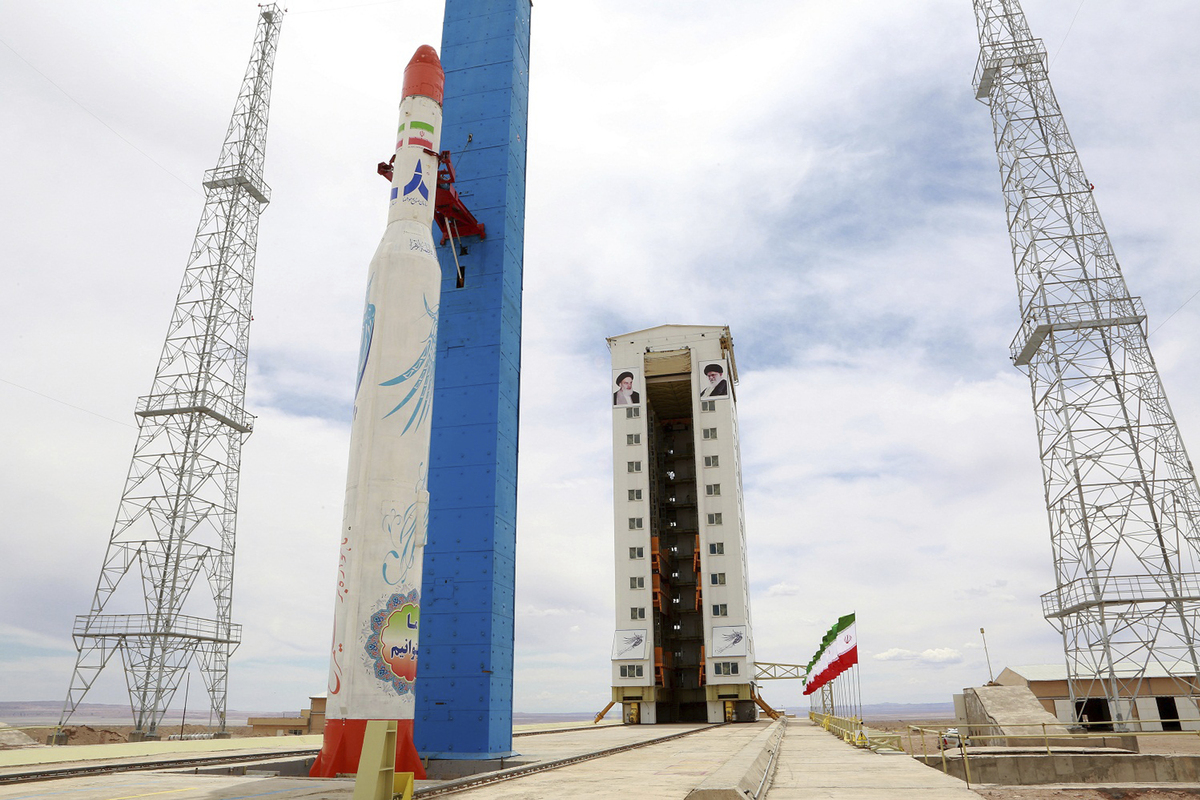 Iran's Simorgh rocket pictured before an attempted satellite launch in 2017. Experts say the rocket's second stage is too small to be used as a missile.


"Iran always claims that they don't want to build and ICBM but they want to pursue a space program," he says. "That's what I'm seeing right now."

Just then, a peaceful space program could be used to develop a long-range missile?

"If you look at the history of missile development worldwide, launching activity has never been decisive, "says Michael Elleman, a physicist and senior fellow for missile defense at the International Institute for Strategic Studies.

In fact, he says, in every case he can think of , it's gone the other way around: "We've lived through this debate once before," Lewis notes. In 2012, when North Korea launched a satellite into orbit, the U.S. called "ballistic missile technology" and the U.N. Security counsel tightened sanctions.

But that "didn't stop North Korea from conducting space launches," Lewis says. "And more importantly, when North Korea did build in ICBM, they built a different ICBM." The missiles North Korea tested in 2017 used different engines and than the rocket it had previously used to launch its satellites.

Otherwise, the Trump administration's focus on Iran's upcoming space launches could be counterproductive. Instead, he says, the U.S. should focus its diplomatic energy on much shorter-range Iranian missiles. Those missiles are already used by proxy groups like Iranian-backed rebels in Yemen to threaten U.S. allies.

"I think we're spending a lot of political capital complaining about something that's not directly threatening or risking the United States or the international community," he says.