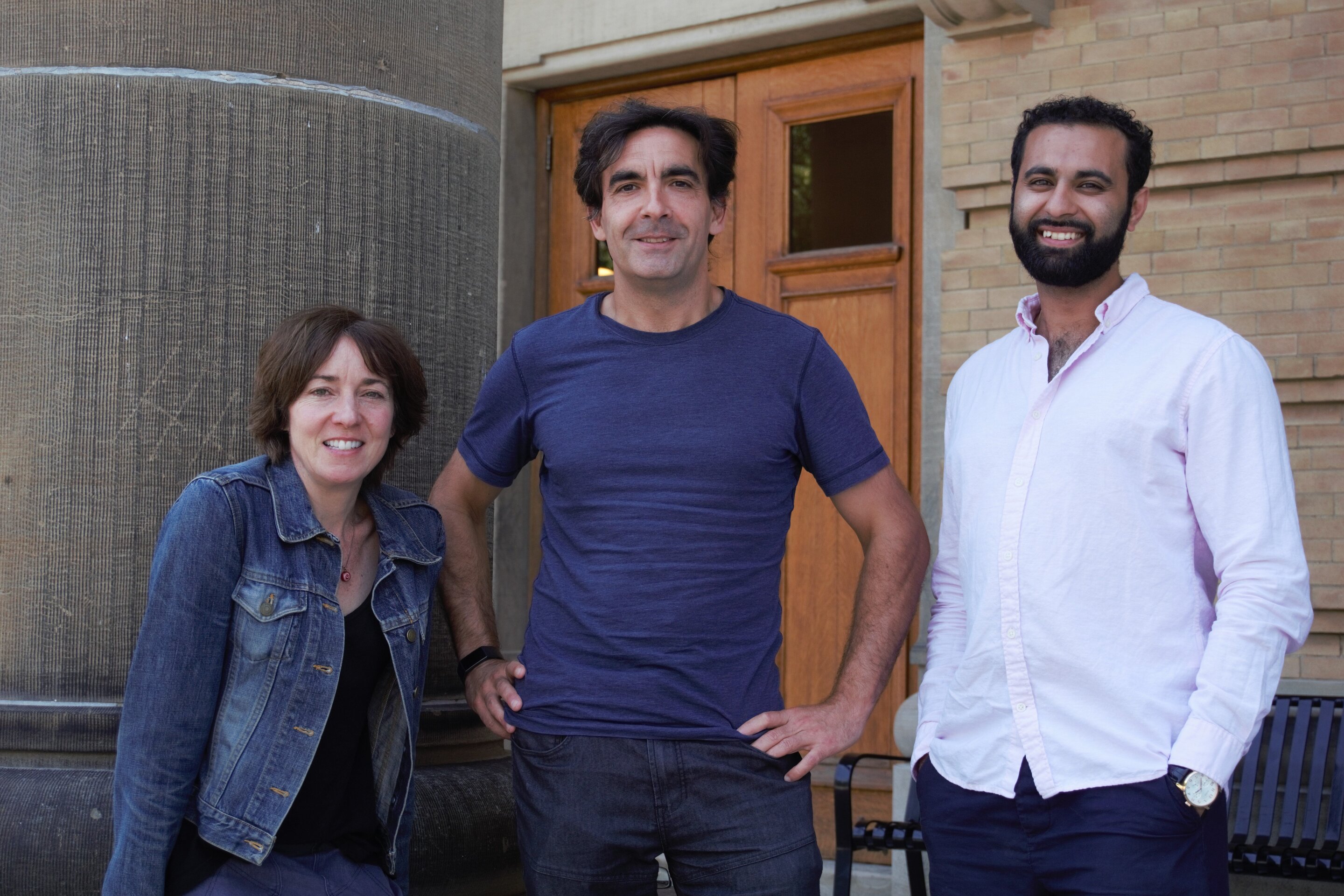 Researchers at the University of Toronto have uncovered an immune mechanism by which host cells combat bacterial infection, and at the same time found that a protein crucial to the process can sense and respond to misfolded proteins in all mammalian cells.

The protein is called heme-regulated inhibitor or HRI, and the researchers showed that during bacterial infection it triggers and coordinates a chain reaction among other proteins that form a larger complex. That larger group or signalosome amplifies inflammation and leads to an anti-bacterial response. Protein folding, which helps determine the 3-D shape of a protein and is essential for its function, is implicated in non-infectious diseases including the neurodegenerative disorders Parkinson's, Alzheimer's and ALS.

"The innate immune function that we discovered is essentially a mechanism of protein scaffolding, which is important because you want a quick and orderly response to bacterial infection, "says Stephen Girardin, a professor of laboratory medicine and pathobiology and of immunology at U or T." is important for protein scaffolding and aggregation in other cells, which opens promising research angles for neurodegenerative and other diseases. "The journal Science published the findings today

Researchers have studied HRI for over three decades, but mostly in the context of red blood cell disorders. "This protein appears in all cells in the mammalian body and was recognized as a broad or promiscuous sensor," says Mena Abdel-Nour, lead author on the paper who completed his doctorate in Girardin's lab earlier this year. "But it was overlooked relative to pattern recognition molecules and the formation of amyloid-like structures. We had to test its role in several different pathways before we believed what we saw."

Abdel-Nour and his colleagues developed a novel technique to study the effects of HRI. They are a biochemistry assay from the lab of Jeffrey Lee — a professor of laboratory medicine and pathobiology at which their team works their own — which distinguishes between folded and misfolded proteins when looking at protein aggregates. Scientists have struggled to make that distinction in part because most available tests only work in test tubes and are not adaptable to cells.

The researchers have early pre-clinical data that shows HRI could protect against the type of neurodegeneration seen in Parkinson's. "Speculatively, it might be possible to find molecules that produce HRI's protective effects, which could lead to a bona fide therapy," says Abdel-Nour, who plans to pursue a career as a biotechnology and health-care consultant. Current therapies for Parkinson's focus on finding and clearing out protein aggregates, rather than fixing cellular defects before those clusters accumulate

Girardin is committed to pursuing research in collaboration with neuroscientists, and has just received funding to support that work. "We are focused on Parkinson's because it's a very important disease for human health, and because of its hallmark is protein aggregation inside cells, so it may be a perfect model to test this new pathway." Next steps include biochemical investigations of HRI and related complexes during protein misfolding, and animal studies of neurodegenerative disease to further validate the new pathway, which shares many features with a similar pathway in humans.
Pathway discovered that prevents buildup or Alzheimer's protein

The CDC will soon issue guidelines for vaccinated people: Fauci