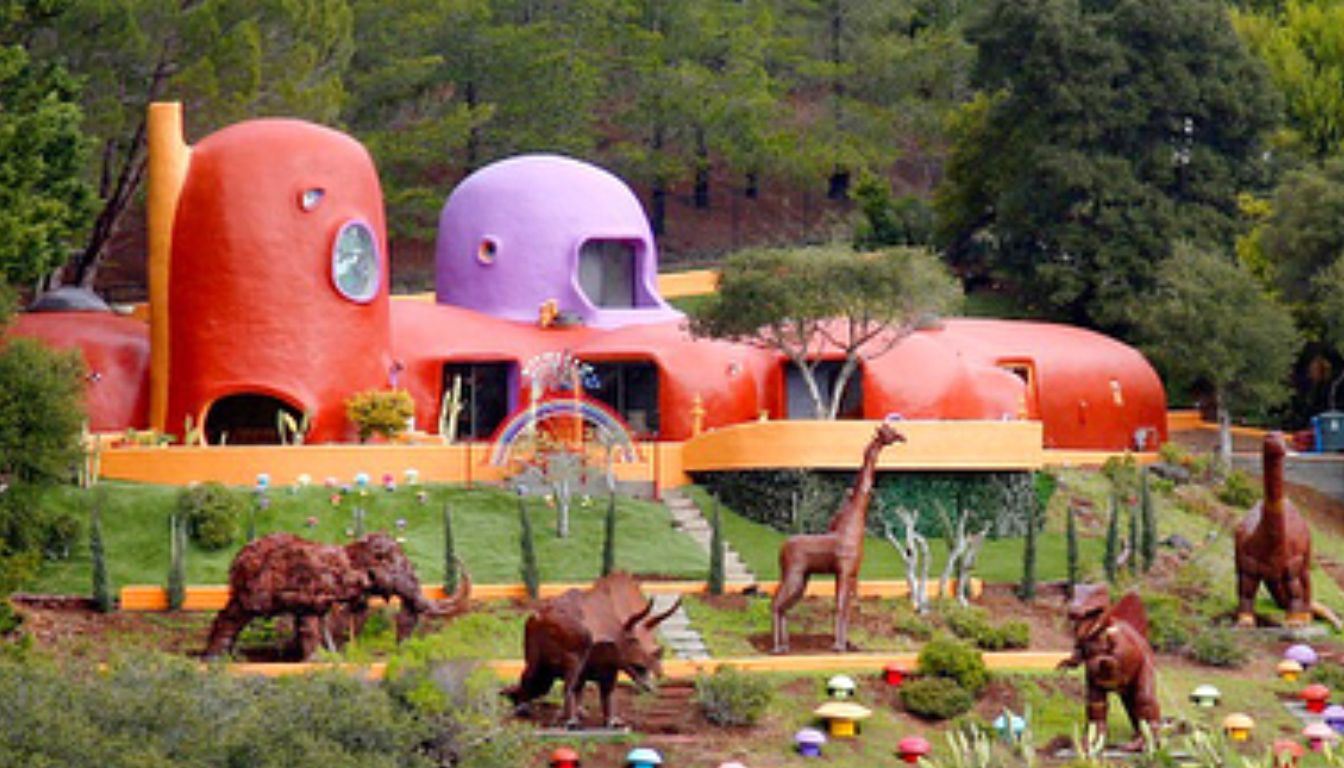 Florence Fang, the former publisher of the San Francisco Examiner and a longtime prominent figure in the city's Chinese-American community, is being sued by the town of Hillsborough about what they say are some unsightly lawn fixtures.

Fang purchased Highway 280-adjacent "Flintstones House" at 45 Berryessa Way in Hillsborough in 2017 for $ 2.8 million, as SFGate reports. And in the two years since, she's a collection of whimsical lawn paraphernalia that includes multiple dinosaur statues – and doubling down on the house's nickname, there's a large sign that reads "Yabba Dabba Doo."

Back in October, the Administrative Hearing Panel of Hillsborough issued unanimous decision about what they called the "public nuisance" of Fang's property, saying that the lawn ornaments are "highly visible eyes" that are "out of keeping with community standards."

Fang paid a $ 200 penalty imposed by the panel.

This is not the first time received warnings or admonishments from the city of Hillsborough. According to SFGate, the town has issued stop work orders and other notices to Fang ever since "improvements" started on the house in December 2017. These included "a retaining wall, steps, columns, gates, a parking strip and a deck," none of which received planning approval or building permits.

Now, as NBC Bay Area reports, the city has filed a lawsuit to force Fang to remove her Flintstones-themed statuary. (They've got a shot of a cartoonish man who doesn't stand outside the home.) Fang hasn't responded publicly yet, but her grandson Sean has issued a statement saying, "As a San Mateo County native, I think the dinosaurs are beautiful. They make everyone smile and should stay. "

Assistant City Attorney Mark Hudak tells KPIX, "You can't let people build first and ask for permission later," adding, "I sent [Fang] a letter in January, which she ignored. to remove any of this work. "

SFist readers may recall the Flintstones House, which was designed by architect William Nicholson in 1976, hit the market for a $ 4.2 million in 2015. It then popped up on Airbnb in 2016, available to rent for $ 750 per night. And sometime a year later it sounds like Fang bought it at a deeply reduced price.

Longtime SFist readers may also recall that the Fang family's other news organization, Asian Week, was at the center of some racism controversy back in 2007 after it published in bizarre editorial about hating African Americans

The Fang family was first known in San Francisco as the publishers of the San Francisco Independent, which was a non-daily newspaper that began taking political political stances through the 1990s. They filed multiple lawsuits against the Chronicle and the Examiner during that time, and ultimately purchased the Examiner in 2000, becoming the first Asian-American to own a major daily newspaper in the US.

Stay tuned as more of this rich person drama unfolds.