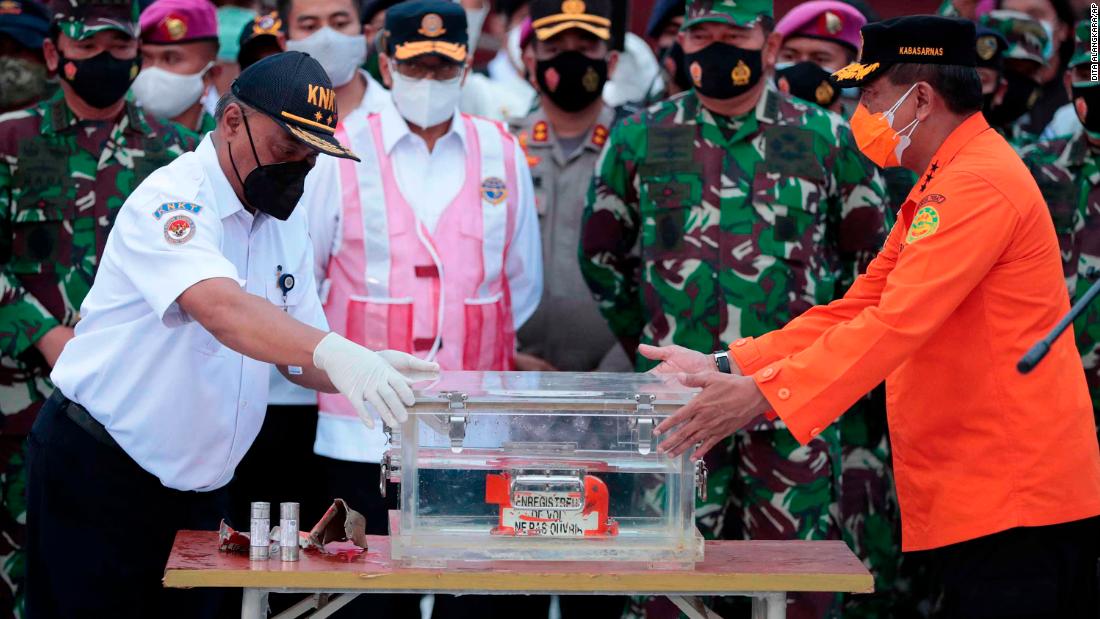 The flight data recorder was found as a team – including divers and a remote-controlled underwater vehicle – swept the seabed in search of the black boxes that were on flight SJ 182 when it crashed shortly after takeoff three days ago.

Flight data recorders process information about a flight, including pressure, air speed and altitude. The other black box, the cockpit voice recorder, has not yet been found.

The commander of the Indonesian National Armed Forces, Marshal Hadi Tjahjanto, said the acoustic lighthouses of the black boxers sending a series of pings to help searchers find them had both been detached. However, he was optimistic that the team would soon find the other black box.

“We expect that through this investigation we can unravel the mystery of this accident,”

The Sriwijaya plane crashed into the waters northwest of the Indonesian capital Jakarta on Saturday afternoon. The flight crashed among the thousand islands, a popular tourist destination among Indonesians, and was on its way to Pontianak, a city on the Indonesian part of the island of Borneo.

Four minutes into the flight and in the midst of heavy rain, the plane dropped 10,000 feet in less than a minute before disappearing from the radar, according to the global flight tracking service Flightradar24.

A search team has filled dozens of body bags with human remains and has recovered parts of the plane and debris from the site.

The plane was a 26-year-old Boeing 737-500, according to Flightradar24. Sriwijaya Airlines CEO Jefferson Irwin Jauwena said the passenger plane was in good condition before taking off.

Indonesia has a poor aviation safety record and aviation incidents are not uncommon.

The country, with a population of 270 million people, is heavily dependent on air transport to commute between islands across the archipelago that stretch for more than 3,000 miles, at approximately the same distance between London and New York.

Indonesia has experienced a boom in domestic aviation in recent years, with passenger traffic tripling between 2005 and 2017, according to the Australian consulting firm CAPA-Center for Aviation.

Sriwijaya Air, a low-cost carrier and Indonesia’s third-largest carrier, carries more than 950,000 passengers a month from its Jakarta hub to 53 destinations in Indonesia and three regional countries, according to the company’s website.