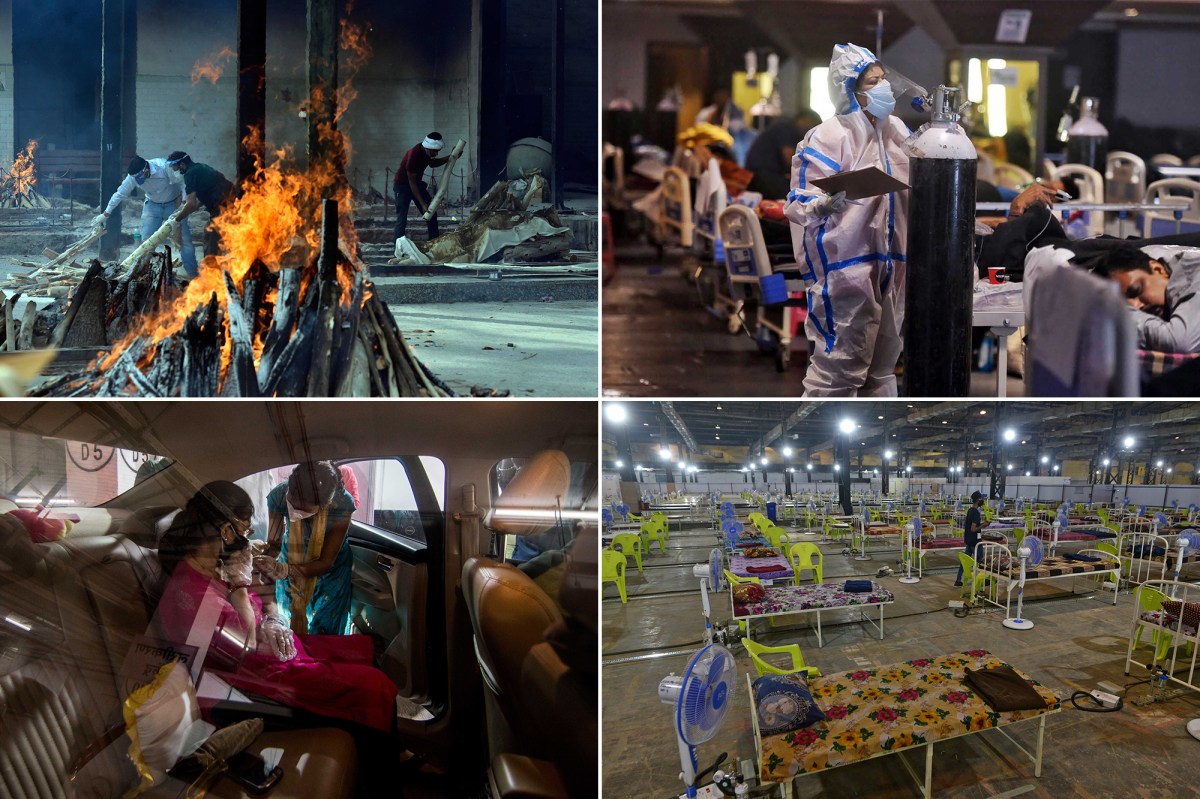 India broke its own record for daily cases of coronavirus and deaths again on Thursday as the country struggles with a burgeoning crisis that got worse due to a critical shortage of oxygen.

The number of newly confirmed infections reached 412,262 on Thursday, the second time this month, with daily cases peaking at 400,000, while the Ministry of Health reported 3,980 new deaths over the last 24 hours. Both numbers are considered undercounties, experts said.

The demand for medical oxygen in the country has also jumped seven times, exacerbating the problem.

On Wednesday night, 11 COVID-19 patients died when the pressure in an oxygen line suddenly dropped possibly due to a defective valve, the Times of India reported.

Most hospitals in India do not have independent plants that generate oxygen directly to patients – doctors typically rely on liquid oxygen stored in cylinders and transported in tankers, but supplies in hard-hit locations run critically.

Harsh Vadhan, the country’s health minister, argued that there is an adequate supply of oxygen but there are difficulties in getting it to the places that need it most. Most oxygen is produced in the eastern parts of the country, but demand is rising in the northern and western parts.

On Tuesday, India constructed a sea bridge from Bahrain and Kuwait in the Persian Gulf to ferry oxygen tankers across, officials said.

Experts told the Washington Post that India could soon see 500,000 new cases a day before the tide begins to recede, and K. Vijay Raghvan, a chief scientific adviser to the Indian government, said the current phase of the crisis is a “very critical time for the country. ”

Wealthy Western nations such as the United States, Britain, and Germany are rushing rapid tests, oxygen, and therapy into the country, as well as the materials needed to increase vaccine production, which will enable the production of 20 million doses of the AstraZeneca shot.

The Indian government rejected reports that it waited seven days to come up with a plan to distribute foreign medical supplies as “totally misleading” and said a streamlined allocation mechanism has been put in place.

The War in the Tigray – The New York Times