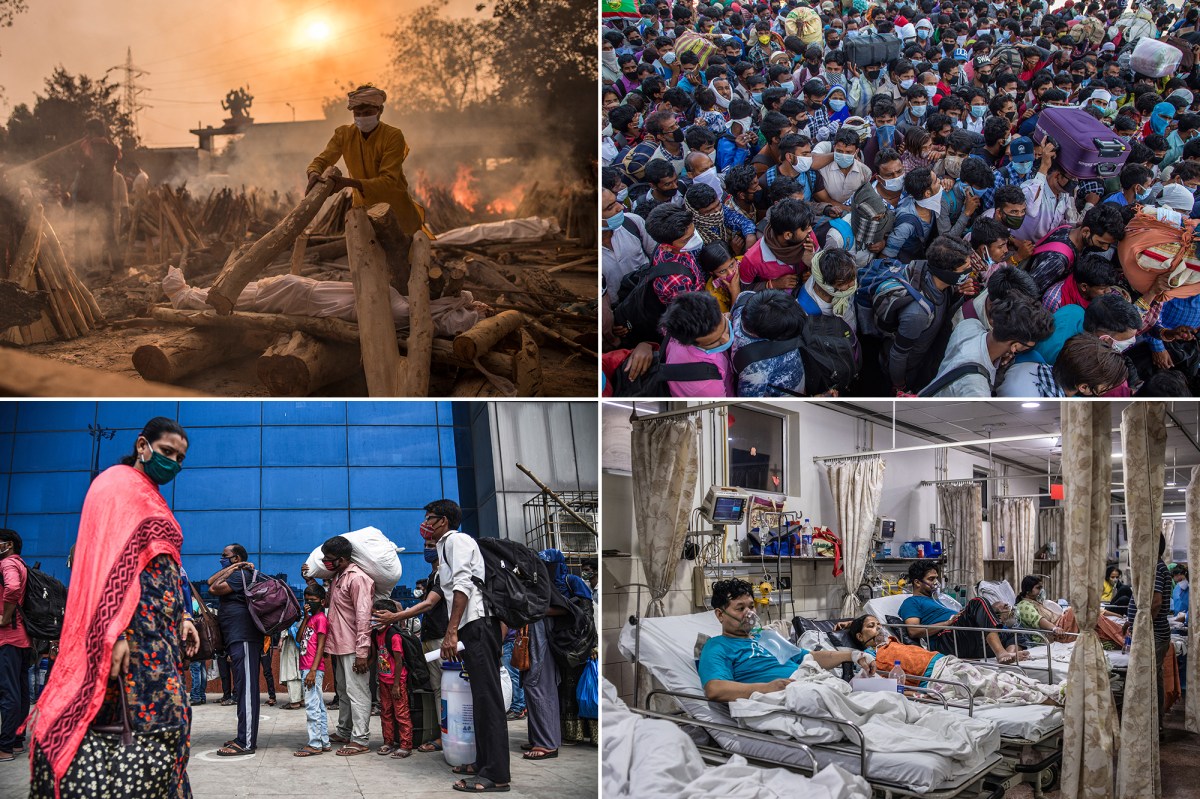 India climbed past 20 million COVID-19 cases on Tuesday and became the second country after the United States to reach the grim milestone.

The country crossed the threshold as it added 357,000 new infections to its total cases in the last 24 hours.

The official count has almost doubled in the last three months due to more contagious variants as well as the government allowing massive crowds to gather for Hindu religious festivals and political gatherings before the state election.

The country’s virus – related deaths also rose by 3,449 on Tuesday, bringing the toll to more than 222,000, according to the health ministry.

Alarming as these numbers are, they are thought to be an undercount due to problems with the overwhelmed health system.

People die due to lack of oxygen and hospital beds or because they were unable to get a COVID-19 test.

Horrible footage on Sunday showed a young woman trying to help her coronavirus-affected father, Asiri Naidu, 44, after he collapsed outside his hut in the village of Ganguvari Sigadam.

In the video, she tries to give him water from a clear plastic bottle, but he suffocates the liquid and spits it out.

Moments later, she screams in pain as her father takes his last breath, video shows.

Experts have warned that there seems to be no end in sight to the health crisis.

The country administers COVID-19 shots to about 2.1 million people daily or about 0.15% of the population.

“This is not going to end very soon,” said Dr. Ravi Gupta, a virus expert at the University of Cambridge in England. “And really… the soul of the country is in a way in danger.”