Increased fruit intake may reduce the risk of type 2 diabetes 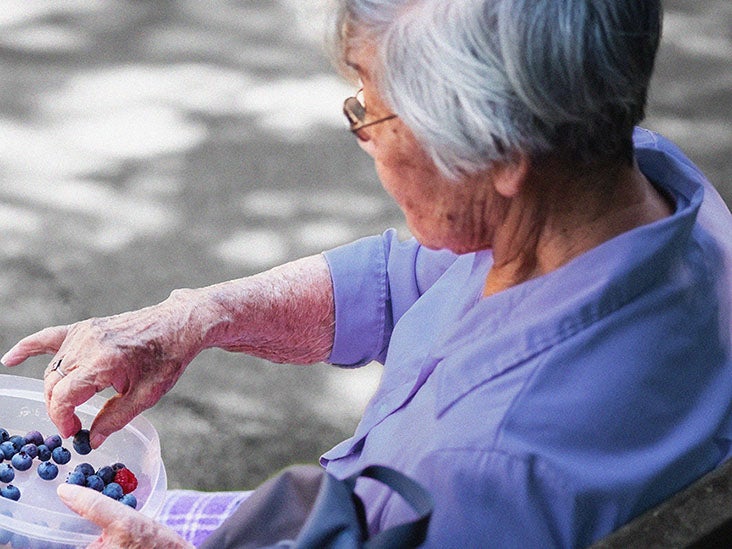 In a new study, researchers have found a link between eating moderate to large amounts of fruit regularly and a lower risk of type 2 diabetes.

The researchers behind the study, which is shown in Journal of Clinical Endocrinology & Metabolism, also found that eating more fruit was associated with beneficial levels of glucose tolerance and insulin sensitivity, both of which are linked to type 2 diabetes.

According to About 1 in 10 people in the United States have diabetes, and 90-95% of them have type 2 diabetes.

If a person has type 2 diabetes, the cells in their body fight to absorb glucose from the blood. Experts also call this insulin resistance, as it is insulin – a hormone produced in the pancreas – that facilitates the transfer of blood sugar to the cells.

The pancreas will continue to create insulin, and as long as it produces enough of it, the person’s blood sugar will remain stable.

However, when the pancreas stops producing sufficient amounts of insulin to help the cells overcome their inability to absorb glucose, the person’s blood sugar will rise to dangerous levels. High blood sugar over a long period of time can cause health problems including vision loss, heart disease and kidney disease.

According to the National Institute of Diabetes and Digestive and Kidney Diseases, individuals can prevent or delay diabetes by reaching a moderate weight, being more physically active, and eating a more balanced diet.

In an article in , Dr. Frank B. Hu of the Department of Epidemiology at the Harvard School of Public Health in Boston, MA, and his co-authors summarize current research on nutrition and diet as it relates to diabetes prevention.

Dr. Hu and his co-authors emphasize that “healthy dietary patterns for the prevention and management of diabetes were typically rich in whole grains, fruits and vegetables, nuts, [and] legumes, moderate in alcohol consumption, and lower in refined grains, red / processed meats and sugary drinks. ”

In this study, the researchers specifically wanted to investigate what role fruit may play in the prevention of type 2 diabetes.

In this study, the researchers excluded people who did not complete an initial meal frequency questionnaire, had energy intakes that were unlikely, had diabetes, or were pregnant. This left data from 7,675 participants.

The researchers then looked to see how many of the participants developed type 2 diabetes between the first and last follow-up. They also looked at biological markers associated with type 2 diabetes risk.

The researchers found a link between high levels of fruit intake and lower risk of developing type 2 diabetes in the 5-year follow-up study.

They also found an association between higher fruit consumption and better measurements of insulin sensitivity and glucose intolerance.

According to the corresponding author Dr. Nicola Bondonno from Edith Cowan University’s Institute for Nutrition Research in Perth, Australia, “we found [that] People who ate about 2 servings of fruit a day had a 36% lower risk of developing type 2 diabetes over the next 5 years than those who ate less than half a serving of fruits a day. She continued:

“We did not see the same patterns for fruit juices. These findings indicate that a healthy diet and lifestyle that includes consumption of whole fruits is a good strategy to lower your diabetes risk. ”

The researchers point out that their results only show a connection between full fruit consumption and reduced diabetes risk. More research will be needed to see if they can identify a causal relationship.

Nevertheless, researchers offer a number of reasons that may account for this association. They note that “most fruits typically have a low glycemic load while being rich in fiber, vitamins, minerals and phytochemicals, all of which can play a contributing role.”

Dr. Bondonno and her colleagues underscore the fact that researchers in particular have linked low fiber levels to type 2 diabetes.

This may also explain why they found no association between fruit juice intake and reduced risk of type 2 diabetes: almost all fiber from fruit is removed during fruit juice processing.