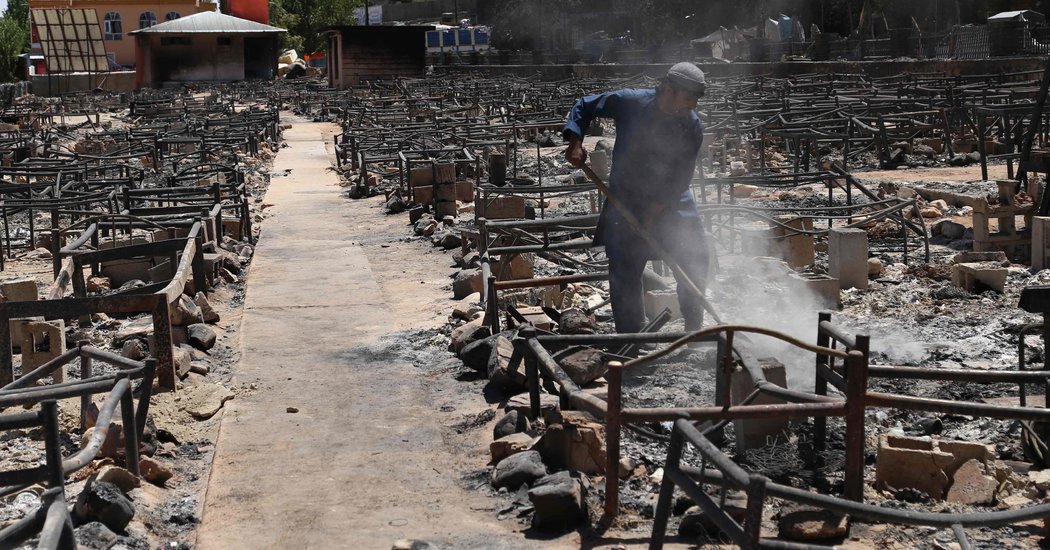 One signature Taliban method of governing, mediation of local disputes, they had less of a presence, Haji Gul Jan, a local elder, said.

In one case, "a laborer in Iran had sent money to his family, but the courier was in denial and not delivering it to the man's family, ”Mr. Jan said. "When the family petitioned, the Taliban commander gave them a note to bring the latest exchange rate from Ghazni City. And the courier was forced to pay the money right away according to that rate. ”When Afghan forces have pushed the Taliban out, the insurgents have destroyed government facilities before their retreat, officials say. In Khwaja Umari, the district governor’s office was left in tatters. Only a couple in the Police Headquarters, which were heavily mined and damaged, have returned to use.

"Our brothers are still near that hill," said Sgt. Ahmad Zaki, using a sarcastic term for the Taliban. "They still fire rockets at us."

The protection of the district now falls to the police, led by another young commander, Col. Khalid Wardak, 33. He spent years in the police special forces before he was made the security chief of Ghazni.

Quiet and shy, the colonel lost a leg to a roadside bomb four years ago, but he went to India for treatment and returned to the fight a couple of months later with a prosthetic.

"It was a nice little burst of fighting," he told a friend after returning from a skirmish with the Taliban one recent evening. “I had a headache all day, and it went away with the smell of gunpowder.”