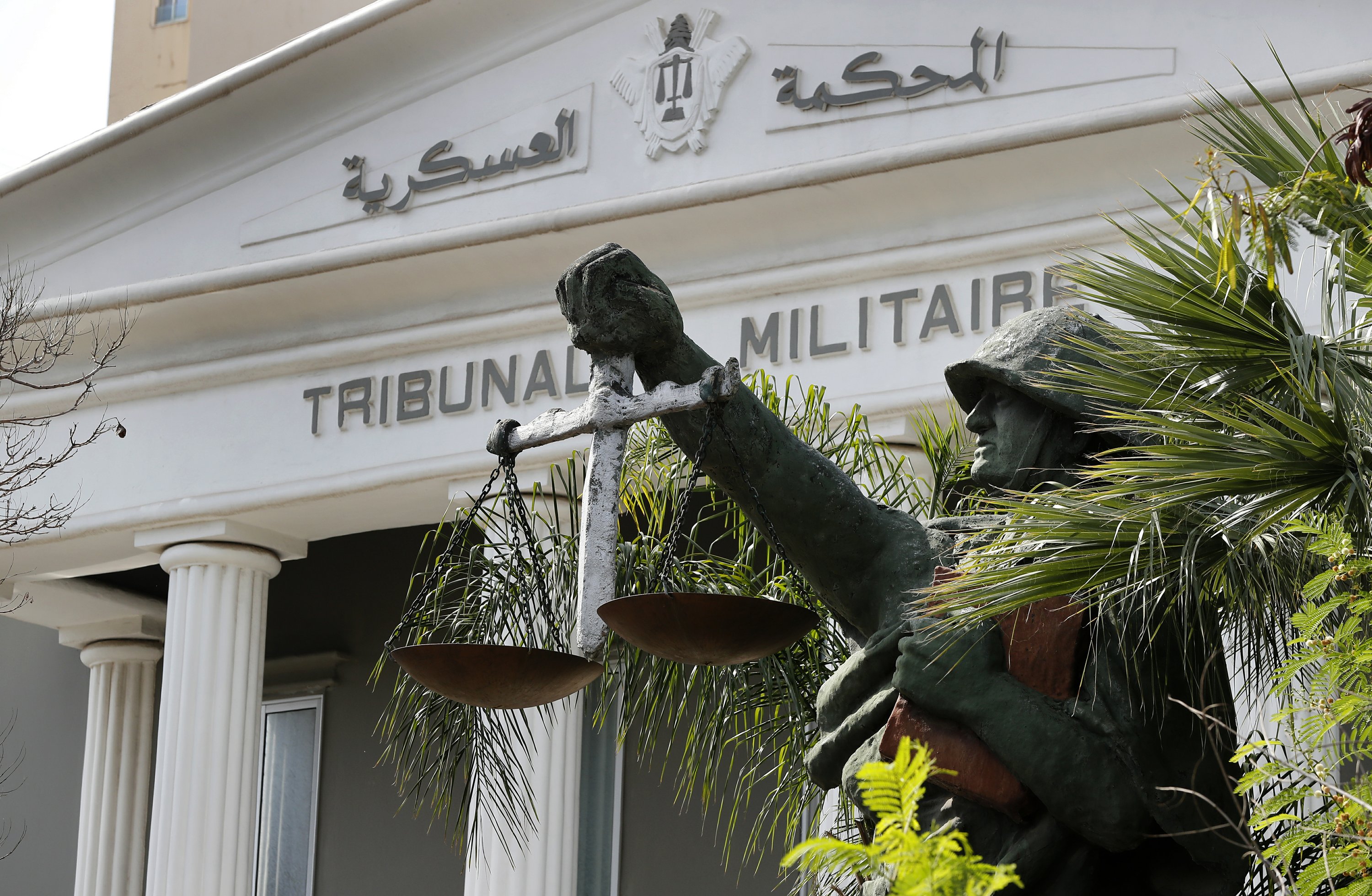 BEIRUT (AP) – Khaldoun Jaber was taking part in an anti-government protest near the presidential palace outside Beirut last November when several Lebanese plain-wearing intelligence officers approached and forcibly took him away.

The demonstration was part of a wave of protests sweeping Lebanon against corruption and injustice by a group of politicians who have monopolized power since the country’s civil war ended three decades ago.

Jaber did not know it at the time, but Lebanese security forces targeted him because of his posts on social media criticizing President Michel Aoun. What followed was 48 harassing hours of detention, with security officers questioning him and subjecting him to physical abuse before letting him go.

“I was beaten, mentally and morally injured,”

; Jaber said. “Three of my teeth were broken and I lost 70% of my hearing in my left ear.”

A year after mass protests rocked Lebanon, dozens of protesters are being tried in military courts, cases that human rights lawyers say are grossly violating due process and failing to investigate allegations of torture and abuse. Defendants tried before the military tribunal say the system is used to intimidate protesters and support Lebanon’s sectarian rulers.

About 90 civilians have so far been referred to the military justice system, according to the Legal Agenda, a human rights group based in Beirut.

“We expect many more people to be prosecuted,” said Ghida Frangieh, a lawyer in the group.

The lawsuits underscore the growing dangers of activism in Lebanon, where a series of lawsuits and judicial investigations against journalists and critics have eroded the country’s reputation for freedom of expression and tolerance in a largely autocratic Arab world.

Justice Minister Marie-Claude Najm did not respond to a request for comment. Lebanese officials typically do not address the question of why civil cases are prosecuted in the military judiciary. Security forces have denied beating and torturing protesters and activists in detention.

Frangieh said security forces arrested about 1,200 people from the beginning of the anti-government uprising in October 2019 to the end of June. Lebanese authorities have prosecuted about 200 of them, including those referred to the military judiciary, the monitoring group has found.

Two months after his arrest, Jaber received an official statement saying that military prosecutors were accusing him of attacking security forces in the Baabda palace when the general agents detained him.

“I was shocked when I was called to the military court,” Jaber said.

The trial did not take place until October 7, when the military court acquitted Jaber of assaulting security officers, which is a military crime under Lebanese law, but said it lacked jurisdiction over another charge, namely insulting the president.

Like Jaber, many detained protesters only find out a month or more after their release that the authorities have referred them to military courts. Many of these cases were scheduled for hearings in November and December, Frangieh said, before a two-week nationwide lockdown over the coronavirus pandemic temporarily closed courts.

Jaber’s case is an example of how military prosecutors try to claim jurisdiction over civil cases by usually filing more than one indictment, including one that is a military crime, said Frangieh, who represents protesters at the military tribunal and is also part of the lawyers . Committee for the Defense of Protestants.

“There was no evidence,” Frangieh said of Jaber’s accusation of attacking security officers. “He was kidnapped during a protest, but he was actually targeted because of his posts on social media criticizing the president.”

The military prosecution closed without investigation a torture complaint that Jaber had filed, she added.

According to the legal agenda, military courts usually render summary judgments on the same day of the trial without giving an explanation.

“There is really great doubt about the fairness and arbitrariness of the decisions made by the court,” she said, adding that once the defendants are convicted, the legal basis for the verdict is not immediately shared with their lawyers.

Military prosecutors often neglect to read the full case files compiled from military intelligence reports or suddenly drop or change charges during trials, according to Frangieh and another lawyer on the committee representing protesters, Ayman Raad.

“Military courts have no business trying to try civilians,” said Aya Majzoub, a researcher at Human Rights Watch. The international rights group has called on the Lebanese parliament to end the disturbing practice by passing a law that completely removes civilians from the jurisdiction of the military tribunal.

Georges Abou Fadel was summoned to a military trial on October 30 after being detained during a protest a year ago in the town of Beit Mery, east of Beirut. During his trial, the military prosecutor asked the judge for time to read the case report and then asked to change the charge against Abou Fadel from attacking security forces to the minor charge of non-violent resistance to arrest.

The court found him innocent, but Abou Fadel said he was not relieved, knowing there would be more trials “for my friends, for the people protesting, for anyone trying to call for his rights.”

Lawyers, rights activists and defendants describe the military courts’ prosecution of protesters and other civilians as another web knot in Lebanon’s sectarian system that protects the power of its top politicians rather than the rights of citizens.

“This is one of the tools used by the sectarian parties,” said Abou Fadel, keeping his people loyal for fear of the military tribunals.

Reform of the Lebanese judicial system is “one of the most important demands” from the anti-government protesters, the Council said, including ending military trials against civilians.

On November 13, Jad Al Rayess was fined £ 200,000 ($ 132) by a military court 11 months after security forces detained him during a protest on Beirut’s ring road. The court has not yet released a statement with the charge for which he was convicted.

The 32-year-old said he plans to emigrate from Lebanon.

“We are not going to make progress without blood, and that is not something I want to be involved in,” he said.