In His Own Words: Iran's Foreign Minister, Mohammad Javad Zarif 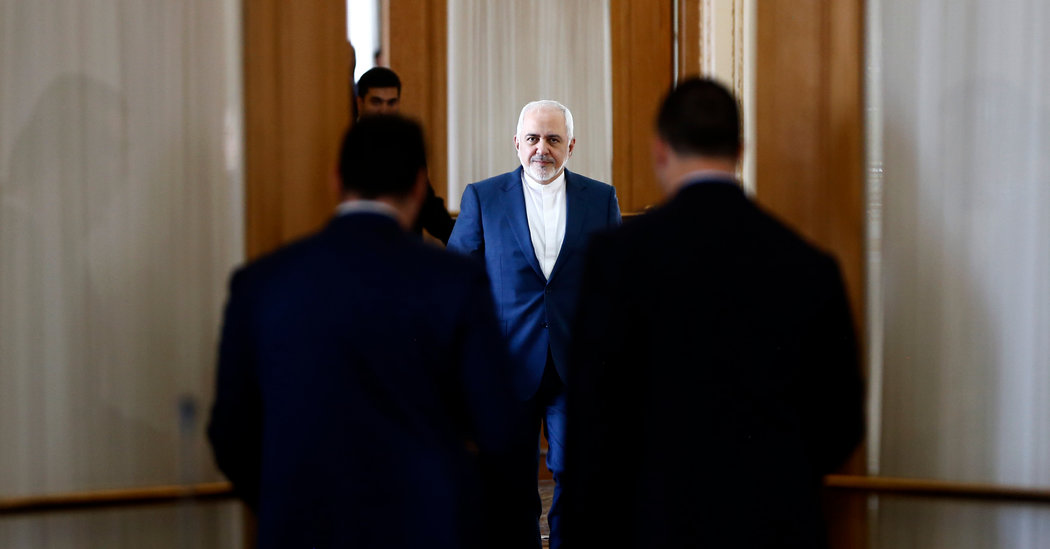 Foreign Minister Mohammad Javad Zarif, the Iranian most closely associated with the 2015 nuclear agreement, has come under fire in Tehran and Washington as the deal approaches collapse. Hard-liners in Tehran accuse him of falling for false promises from the Americans. Trump administration officials call him a trickster who acts as a moderate while remaining steadfastly loyal to Ayatollah Ali Khamenei, Iran's supreme leader.

Trump administration officials have talked about imposing economic sanctions on Mr. Zarif, even though he remains essential to any negotiated settlement of the current standoff between the countries.

In an exclusive interview conducted by email, Mr. Zarif talked about these issues at length. His remarks are reproduced here, edited slightly for length and clarity.

The nuclear deal you negotiated, also known as the Joint Comprehensive Plan of Action, is now in jeopardy. Do you regret trusting the United States and the West?

I believe JCPOA was and remains the best POSSIBLE agreement on the nuclear issue. None of the participants were happy with all the elements of the deal, but it was addressed by the major groups of all. It was negotiated by all with open eyes about what was possible and what was not. We did not neglect anything. We accepted the reality that we could not resolve all our differences in this deal and we agreed to leave them out.

It is also important to note that, contrary to public statements by its detractors on all sides, JCPOA was not built on trust. It was indeed based on explicit recognition of mutual mistrust. That's why it's so long and detailed. Paragraph 36 of JCPOA is a clear example that we negotiated with the full understanding that we could not trust the commitment of the West. We are exercising that option within the deal right now, which can actually prevent the deal from total collapse, which will be of interest to all including the United States

(Paragraph 36 to resolve disputes and allows one side, under certain circumstances, to stop complying with the deal if the other side is out of compliance.)

Do you think that the nuclear deal can be salvaged? Or do you anticipate continued erosion since President Trump with the agreement?

Observe the deal as long as the remaining participants (E.U., France, Germany, U.K., Russia and China) observe the deal. Survival or collapse of the JCPOA depends on the ability and willingness of all parties to invest in this undertaking. In a nutshell, a multilateral agreement cannot be implemented unilaterally.

Has this turn of events jeopardized your career as Iran's top diplomat?

My preferred career has always been teaching.

[ Mohamm a d Javad Zarif finds himself mistrusted by both sides as the nuclear deal appears ready to collapse. ]

Have you seen hard-liners tweeting and comparing you to the 1970s movie about an Iranian who tries live out of a fantasy of American life?

I did not see that movie, so I do not know. But I don't mind people having a good laugh about me. That is another way of making myself useful!

Officials of the Trump administration have talked about designating you as a target of economic sanctions. What will it mean if Washington sanctions you?

Everyone who knows me knows that I, or my family, do not own any property outside Iran. I do not even have a bank account outside Iran. Iran is my entire life and my sole commitment. So I have no personal problem with possible sanctions.

The only impact – and possibly the sole objective – of a possible designation would be to limit my ability to communicate. And I doubt that would serve anyone. Certainly, it would limit the possibility of informed decision making in Washington.

Photos appear to show a ship hovering over the water