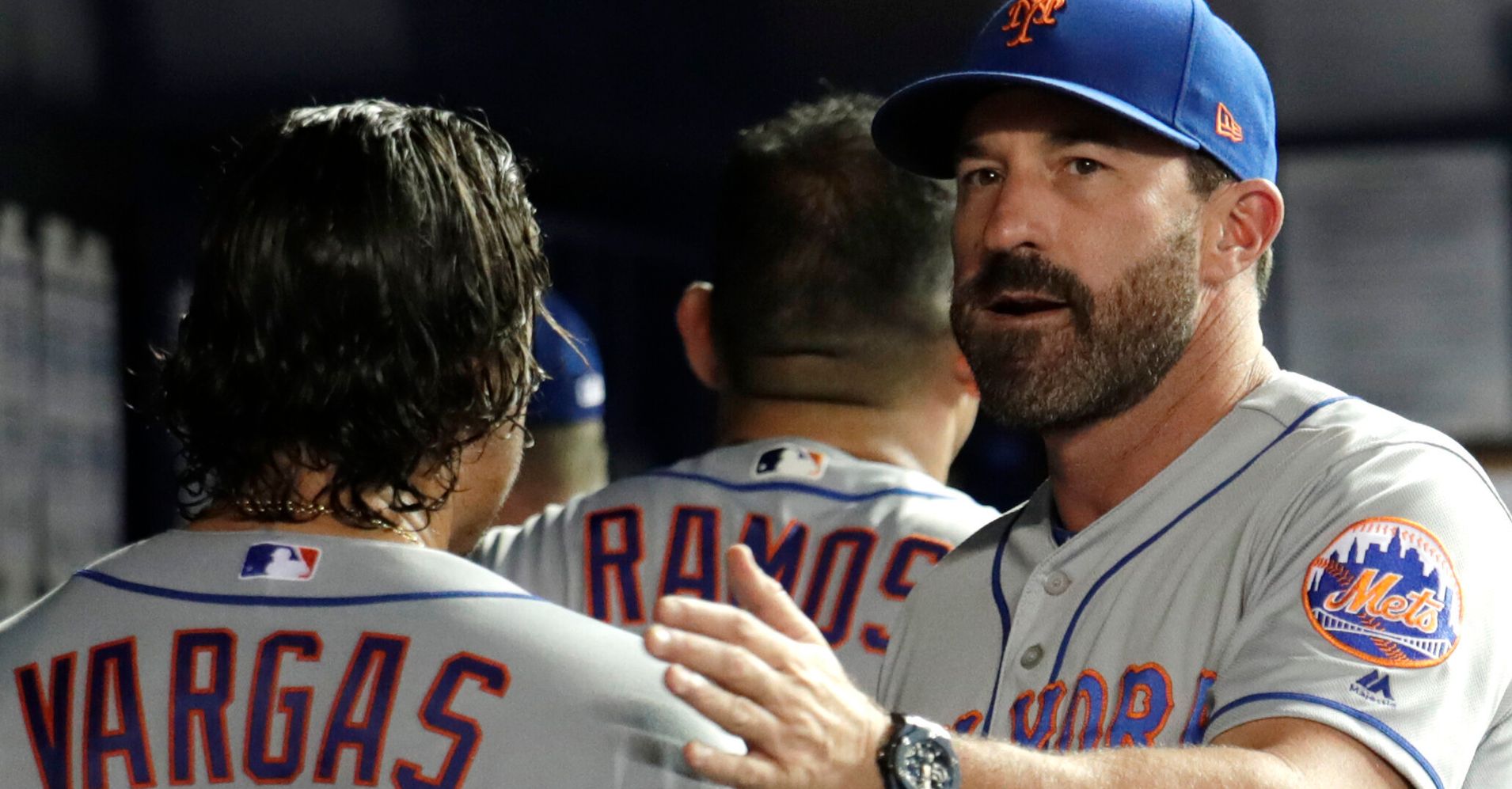 New York Mets officials are in check control mode after team manager Mickey Callaway cursed a reporter who was then threatened by jar Jason Vargas on Sunday.

"Mickey came out of his office, dressed, and I thought he left for the day so I said," See you tomorrow, Mickey, "" Tim Healey, reporter for Newsday, told his newspaper.

Callaway responded by cursing him and telling him not to be a "smartass" and calling him a "morph" by the New York Daily News.

But Callaway didn't have it after a hard 5-3 loss for the Cubs in Chicago.

"Close up, get out of my face. Go out of here, "quoted Daily News Callaway.

" I'm beating you out, bro, "he threatened according to The Athletic. The site said he took two steps The reporter before being held by his teammates.

Several journalists present under the event confirmed the account. The team also told local media that it would have "further discussions" with those involved.

"We do not tolerate this type of behavior from any employee," said the team according to Sports Illustrated.

Vargas could face disciplinary action in the league, including a fine and / or suspension as described in the collective agreement between Major League Baseball clubs and the player association.

Callaway's job has already been questioned by the team performance.

Mets have had a mix of injuries and bad games, leaving them a 37-41 record and nine games out of first place in their division after Sunday's loss.

FiveThirtyEight projects currently the team has a 17 percent chance of making the playoffs.

Help us tell more about the stories that matter to voices that often remain unheard of.