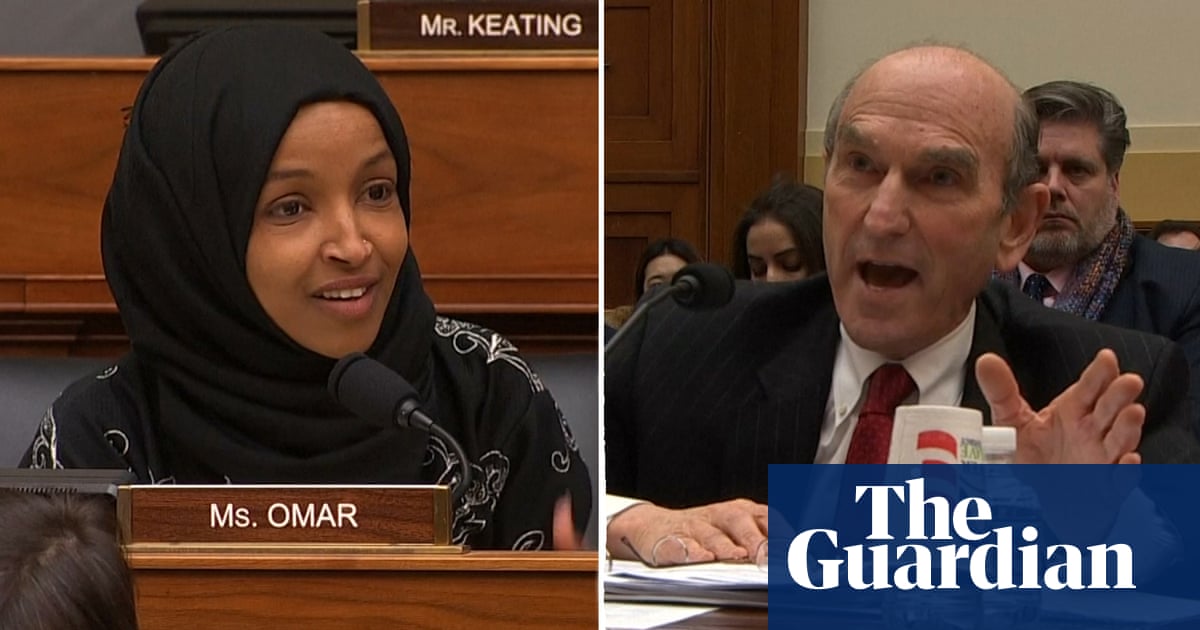 Instead of being silenced by the controversy surrounding his tweets, Minnesota representative Ilhan Omar came to swing on Wednesday's Foreign Affairs Hearing, and challenged the Trump Administration's new special envoy to Venezuela heavily over his shaky political career.

Elliott Abrams was named the United States Special Envoy for Venezuela at the end of January to help coordinate the United States' response to the political crisis in the country. But his appointment raised concerns for human rights defenders.

Abrams worked as Deputy State Secretary for Human Rights and Assistant Secretary of State for Inter-American Affairs in the Reagan Administration, at one time US foreign policy in Latin America destabilized territory. He was widely criticized for pushing reports of the massacre of a thousand men, women and children of US-funded death fights in El Salvador.

In 1991, Abrams conceded to withhold information from Congress on the Iran-Contra case and was despised by President George HW Bush in 1992.

Omar referred to his allegations on Wednesday and said: "I fail to understand why members by this committee or the American people should find some testimony that you give today to be truthful. "

"It wasn't a question," Omar said, knocking him off.

Omar continued to focus on the El Mozote massacre in 1981 in El Salvador. "You later said that the US policy in El Salvador was a" fabulous achievement, "said Omar. "Yes or no: do you still think so?"

"From the day President Duarte was elected in a free election to this day, El Salvador has been a democracy," Abrams said. "It's a great achievement."

Omar replied: "Yes or no: Do ​​you think the massacre was a great achievement that happened during our watch?"

"It's a ridiculous question, and I won't answer it," said Abrams, visibly agitated.

Omar continued to question Abrams about the policies he would support in Venezuela.

"Yes or No: Would you like to support an armed faction in Venezuela dealing with war crimes, crimes against humanity or genocide, if you think they serve American interests, such as in Guatemala, El Salvador and Nicaragua?" [19659012] "I'm not going to answer that question," Abrams said and crossed arms angry. "I don't think the whole question is supposed to be real questions, so I don't want to answer. I'm sorry."

"Whether you're under the watch, a genocide will take place and you'll see it Another way, because US interests are maintained, is a fair question, "said Omar. "The American people want to know that when we engage a country we think about what our actions can be and how we think our values ​​are being promoted. That's my question. Do you want to ensure that human rights are not violated and we maintain international and human rights? "