"I just love this island so much": Lin-Manuel Miranda after "Hamilton" debut in Puerto Rico 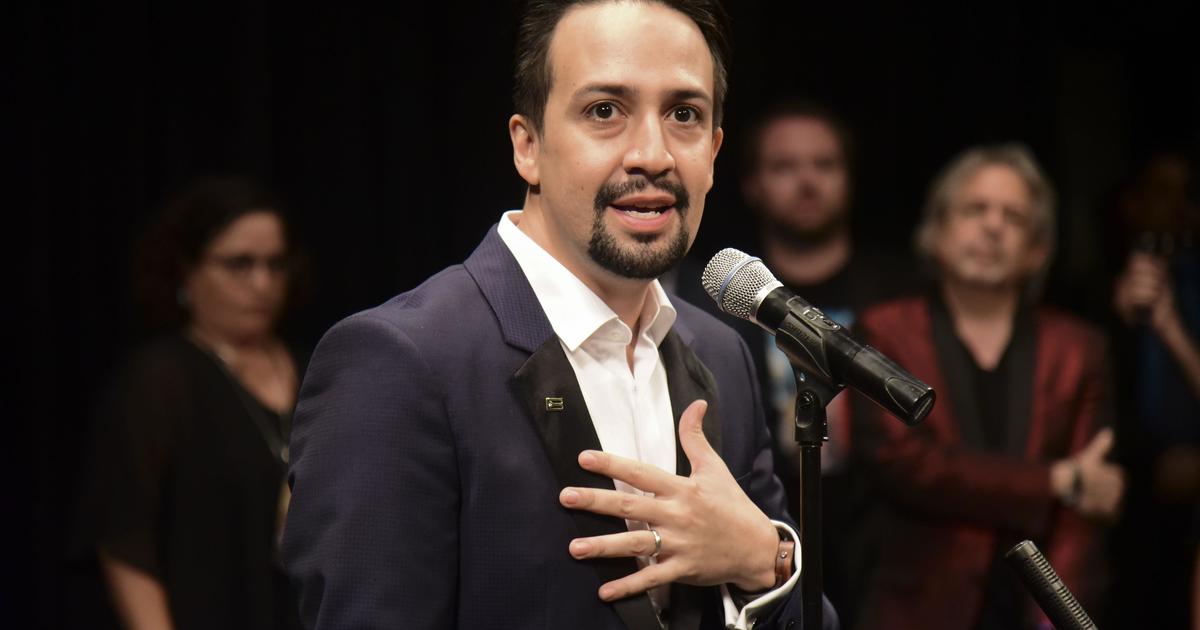 San Juan, Puerto Rico – During a boisterous standing ovation, Lin-Manuel Miranda pulled out of Puerto Rican flag, waved it in front of the captivated audience and then wrapped it around his back to exit the stage.

"I just love this island so much. And I just want it to be proud of me," Miranda told reporters on Friday after the premiere of his Broadway hit "Hamilton" in Puerto Rico, where the award-winning playwright and musician traces his roots.

The musical's three-week run on the island, home to approximately 3.2 million U.S. citizens, is raising money for artists and arts organizations. Miranda's father told CBS News the production expects to leave behind $ 1

5 million during the next three weeks for the Flamboyan Arts Fund, which was started by his family.

Miranda, who reprised his role as America's first Secretary of the Treasury Alexander Hamilton on Friday after two and a half years, said one of the most rewarding aspects of the "Hamilton" debut on the island was that it was accessible to working class Puerto Ricans, including many from rural towns across the US territory.

Because the island is still recovering from devastating hurricanes and struggling to address years of economic instability, the Miranda family puts a $ 10 price tag on 10,000 tickets – including many for university students – through a lottery system. Miranda said seeing ticket winners proudly announcing their hometowns on social media was extremely gratifying.

"It's become a pueblo roll call, who's won the lottery," he said, referring to the Spanish word for town.

The "Hamilton" tour in Puerto Rico is the first time Miranda is performing on the island since his first well-known musical "In the Heights" premiered in 2010. The three-week "Hamilton" run was planned for two years and encountered a few challenges along the way. Miranda and his team had to change the venue of the production because of expected student protests at the University of Puerto Rico, which was originally going to host the Broadway.

During a press conference on opening day , CBS News asked Miranda, a vocal critic of President's trump act of recovery efforts on the island in the aftermath of hurricanes Maria and Irma, about a proposal reportedly considered by the White House that would divert billions of dollars in disaster aid funds for Puerto Rico and several states affected by natural disasters to find a wall along the US-Mexico border.

Earlier in the day, Miranda told CBS News' David Beganud that the island needs more federal investment and "debt forgiveness" to fully recover from the damage caused by the storms, as well as the economic woes that have plagued the island for years.

Miranda hopes that bringing his highly-acclaimed musical to Puerto Rico will raise awareness of the important challenges the island continues to face.