I felt the fear of the abduction of China in Hong Kong. Appeal Bejing must stop | Ma Jian | Opinion 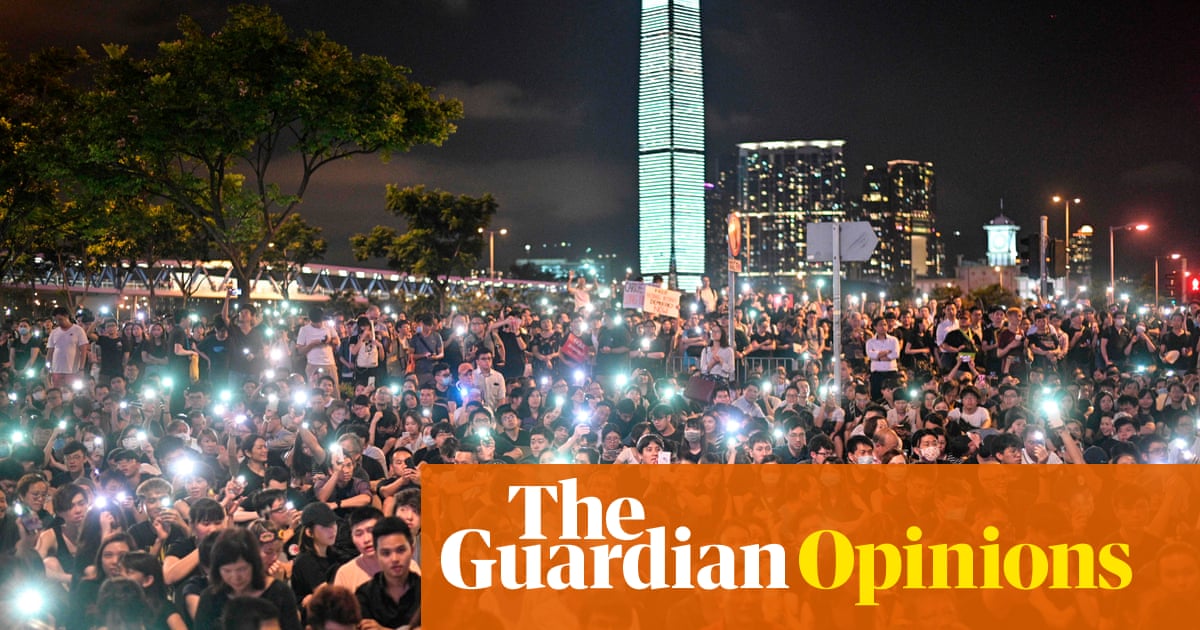 The hen I moved to Hong Kong in 1987, after my books had been permanently banned by the Chinese government, was the distinctive feature of the area immediately. The sharp, salty air melts in freedom. In China's large city embroideries and large deserts and mountains, my thoughts always felt imprisoned, but in Hong Kong's narrow streets and small, narrow bookstores, they became free and endless space to wander. No printed word was banned, no thought illegal. For 1

0 years, Hong Kong became a haven where I could speak, write and be released in freedom without fear of arbitrary arrest.

These basic bourgeois freedoms – security and free expression – are threatened by the passage of the very falsified extradition bill that will allow suspect criminals to be sent to mainland China where there is no chance of a fair trial.

Hong Kong's civil liberties have been cut off for years: Professors have been imprisoned, the small, subversive bookstores have closed. Four years ago, five bookstores were abducted and transported to China. One of them, Gui Minhai, is still in prison. His crime is to have written a book on President Xi Jinp's private life.

In November of November, I experienced the fear of abduction of first hand. Shortly before I went to Hong Kong's literary festival to discuss my novel China Dream, a satire of Xi & # 39; s tyrannical rule, I was told that the Tai Kwun Arts Center no longer wanted to host my events. Although the organizers promised to find an alternative place, friends advised me not to go if I suffered the same fate as Gui Minhai. But I went anyway and said, if no alternative place was found, I would give my lectures on the streets.

I couldn't believe that Hong Kong could be a place where it was dangerous to talk about books. Thanks to the solidarity of the foreign press and the solidarity of co-authors, Tai Kwun eventually returned his decision, but from the moment I arrived at the moment I left, I was afraid of it on a street, in a taxi or in my hotel room, I may be kidnapped and sent to China. If the extradition bill passes, this fear would be felt by everyone in Hong Kong. Any critic of the Xi & # 39; s regime, however moderate, could become lawful and manifestly abducted.

One million Hong Kong people demonstrated against the bill on June 9. A week later, after the area's chief executive, Carrie Lam, announced the suspension of the bill, two million people – a quarter of the area's population – were lined up on the streets to insist on complete withdrawal. It was one of the greatest peaceful protests in living history. Looking at the breathtaking scenes unfolding on my screen in London, it became clear that these protests exceed the bill and have become a crucial moment in history, a milestone in the human struggle against tyranny.

For the Chinese dissidents of my generation, the two giant protests that came just after the 30th anniversary of the Tiananmen massacre had strong echoes in 1989. Students, lawyers, parents, priests, wheelchair users faced peaceful struggle for freedom. Volunteers establish supply stations and first aid kiosks; locals sprayed water to protesters to protect them from buzzing heat. When an ambulance had to pass, mankind's spontaneously separated spontaneously. Thirty years ago in Heavenly Peace Square, I experienced similar scenes and felt the euphoria of being a drop of water in a strong, benevolent sea of ​​people. Huge crowds can easily become violent mobs. But in China in 1989 and in Hong Kong this month, they exclaimed the best of human nature: courage, wisdom, compassion.

Although the Chinese government shattered the celestial movement and has erased everything about it on the mainland, its spirit survives in Hong Kong. It is named every year on memorials in the area's Victoria Park, and now it resides in the streets of Admiralty and Causeway Bay. Hong Kong has become a resident of China's forbidden memories, moral conscience and the pursuit of freedom.

When people gather in large numbers for a just reason, they find a strength they did not know they possessed. In such crowds, the passive individual becomes an active, autonomous citizen, a better version of himself. They feel each other's suffering as intensely as their own.

Hong Kong's fighting spirit was subdued by the arrests and prisons after the 2014 pro-democracy "umbrella" movement. But the extradition bill is the last straw. Denied ordinary election, Hong Kong's found the courage once again to use the only weapon in their arsenal – their own two feet.

Carrie Lam and her Beijing overlords have been forced to defend. Hong Kong stands up to China's tyrants. Now, West must also do so and stop pampering them for short-term financial gain. The United Kingdom must demand that the Chinese Government honor the Chinese-British Joint Declaration guaranteeing Hong Kong's way of life until 2047. At the G20 Summit, world leaders should ignore the protests in Beijing and insist on not only discussing the Hong Kong protests, but also the terrible detention of Uighur Muslims in Xinjiang re-education camps. That simply raising these issues is not too much to ask for world leaders. All they need is a fraction of the courage, wisdom, and compassion that the people of Hong Kong have shown.

• Ma Jian is the author of China Dream