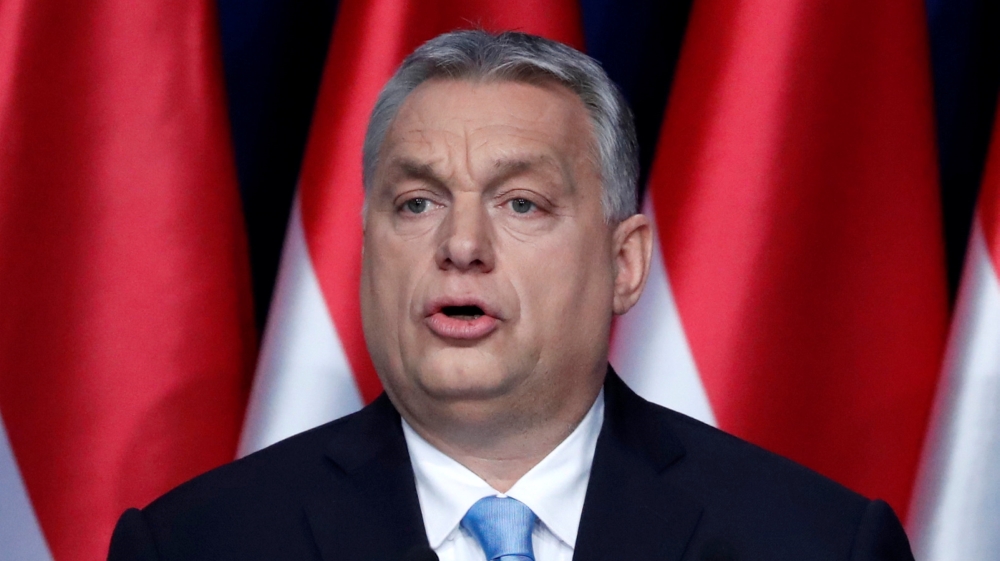 Hungary's Prime Minister Viktor Orban launched his European election campaign on Sunday calling on "Christian" nations against immigration, which led to the "virus of terrorism".

Delivering a "state of the nation" speech in the capital, Budapest, Orban also announced at seven-point package of tax breaks and subsidies to encourage families to raise more children – a move he called "Hungary's answer" to its falling population instead of increasing immigration. [19659003] The benefits include a lifetime allowance for women who give birth and raise at least four children and a subsidy of 2.5 million forints ($ 8,825) towards the purchase of seven-seat vehicles for families with three or more children. [1

Orban, who has made "zero tolerance" for immigration his main theme in the past four years and was elected to a third consecutive term in April, also said May's elections for the European Parliament were "historic crossroads" for Europe.

He framed the vote as a choice between the "new internationalism" of pro-migration Brussels bureaucrats under the sway of "money men" such as liberal US billionaire George Soros and sovereign nation states defending tradition and Christianity.

And he warned against voting for pro-immigration parties.

Those who "decide for immigration and migrants for whatever reason in reality are creating mixed-race nations", he said.

Referring several times to Hungary's abandonment of communism in 1989, he said Hungarians were again confronted with "those who would wipe out our traditions and nations states."

He added: "Historic traditions an immigrant t countries come to an end … in such countries Christian-Muslim worlds are created with continually shrinking Christian proportions. "

Orban, who has emerged as a self-styled" illiberal "figurehead for nationalist politicians in Europe, added that "immigration brings increased crime, especially crimes against women, and lets in the virus of terrorism".

Announcing his seven-point program, Orban ruled out any move to tackle Europe's declining birth numbers with higher immigration as "capitulation".

"We just want numbers, we want Hungarian babies," he said.

Hungary's population has fallen below 10 million in recent years and has one of the lowest fertility rates in the OECD. An estimated 500,000 Hungarians, meanwhile, have emigrated to Western Europe since it joined the European Union in 2004.