Hundreds of thousands on Honduras’ shelter after hurricanes 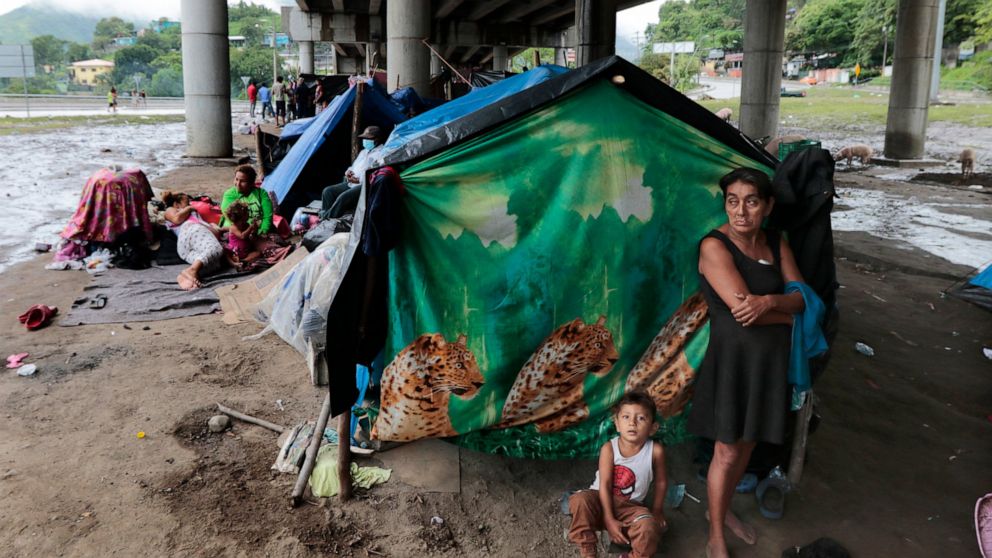 1; Shelters for people whose homes were flooded or damaged by Hurricanes Eta and Iota in Honduras are now so crowded that thousands of victims have sought refuge under highways or bridges.

The International Committee of the Red Cross (ICRC) estimates that about 4.2 million people were affected by Category 4 hurricanes in November in Honduras, Nicaragua and Guatemala. Hundreds of thousands are in shelters or informal camps throughout the region.

But nowhere are the evacuated victims gathered closer than in the northern Honduran city of San Pedro Sula, where some neighborhoods are still under water. The evacuees say they fear that even when they are eventually allowed to return to their flooded neighborhoods, they will find everything gone.

Orlando Antonio Linares oversees a municipal shelter at a school in San Pedro Sula, where nearly 500 hurricane victims have sought refuge. There are about 84 shelters throughout the city that accommodate as many as 100,000 people.

“There is a lack of everything,” Linares said, referring to water, food and medicine. “There is a shortage because the need for these two hurricanes is so great.”

The situation also reflects the difficulty of protecting the victims of natural disasters in the midst of the coronavirus pandemic. There is no room for social distance at school, and few people wear face masks.

“We are working against COVID,” said Linares, noting, “we give people the material (masks), but then they do not use it. We need to educate people. ”

Currently, evacuees are much more concerned about getting basic necessities and fearing what they will find when they return to their homes.

Couple Rebeca Díaz and Jose Alberto Murillo and their five children have been at the shelter for about two weeks after Eta and then Iota flooded their neighborhood.

Díaz is more concerned about their home than coronavirus. “I need roofing sheets,” she said. “I have no way of getting a roof over our heads.”

“I feel that the future is uncertain. We have nothing left, ”said Sarmiento. “You work your whole life to be left with nothing.”

“What do we get when we return? Nothing, ”she said.

There are still those who feel worse. Former maquila factory worker Jarlin Antonio Lorenzo said he could not even find a place in a house; instead, he and nearly 500 other people have camped under a highway on the outskirts of town.

“There are no bathrooms, people go up the hills to go to the bathroom,” he said. “People are starving here … the shelters are full.”