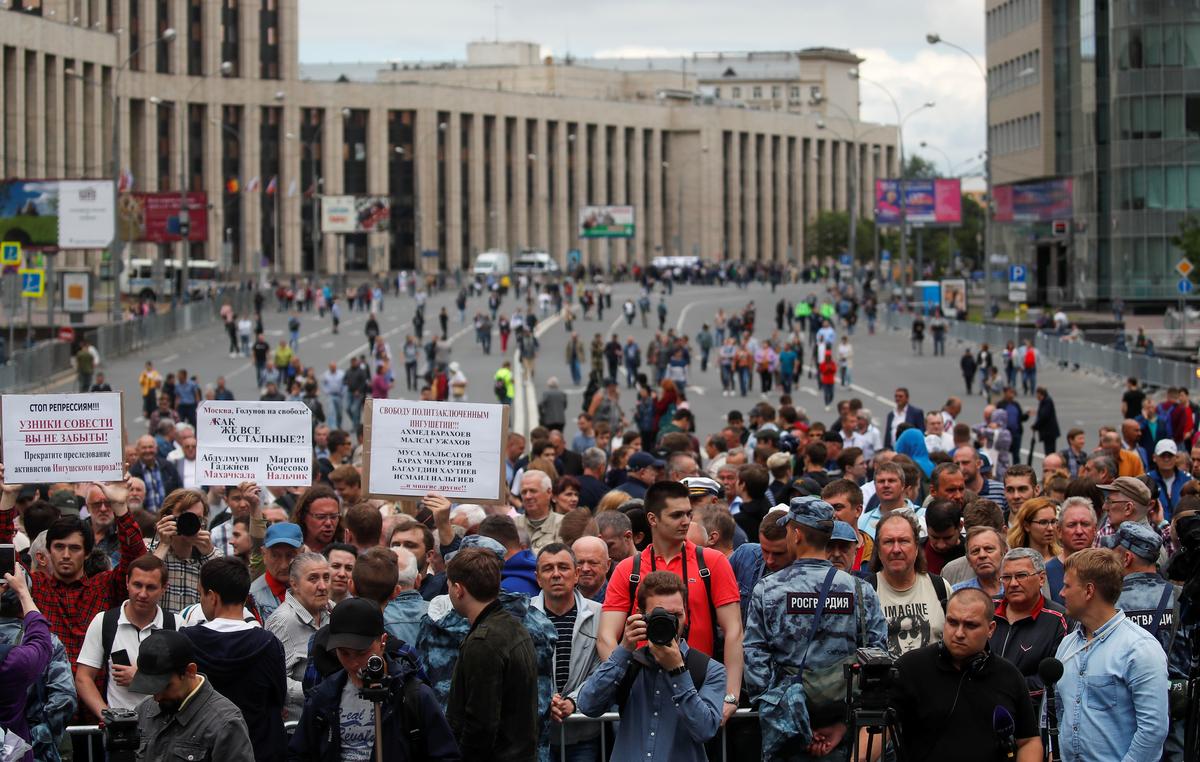 MOSCOW (Reuters) – Hundreds of protesters gathered in Moscow on Sunday in a small, state-authorized rally, supporting investigative journalist Ivan Golunov, and abusing power over his five-day arrest this month on drug charges.

People participate in a rally organized by the Union of Journalists and approved by the authorities in support of the investigative journalist Ivan Golunov in Moscow, Russia on June 16, 2019. REUTERS / Maxim Shemetov

The 36-year-old reporter, known for postponing corruption among Moscow officials, was liberated after a scream of supporters who said he was framed by corrupt police.

Journalists critical of Russian authorities have led to a dangerous existence since the 1990s – sometimes threatened, attacked or even murdered by their work – but Golunov's case sparked an unusually strong backlash.

An unused rally on June 12 the day after he was released led to more than 500 detentions, including opposition politician Alexei Navalny.

But Sunday's event was prompted by the question of whether President Vladimir Putin's government was trying to provide a safety valve for public anger.

The rally, called by the Russian union of journalists called "Justice and Justice for All," had drawn a few hundred people by early afternoon, a Reuters witness said. The state news agency TASS quoted the police saying about 1,600 were there.

Computer programmer Sergey, 28, said he was hoping the protest would help stop others who have drugs planted on them, which he believes have happened to Golunov. "Someone has to protest," he said, noting the small number of the rally.

Other protesters pointed to detentions of regional journalists. "Moscow, Golunov is free. What about the others?" One of the banners reads.

Putin fired two police officers over the case on Thursday and other officials involved have been suspended pending an investigation.

Golunov was invited to Sunday's event, but did not get up.