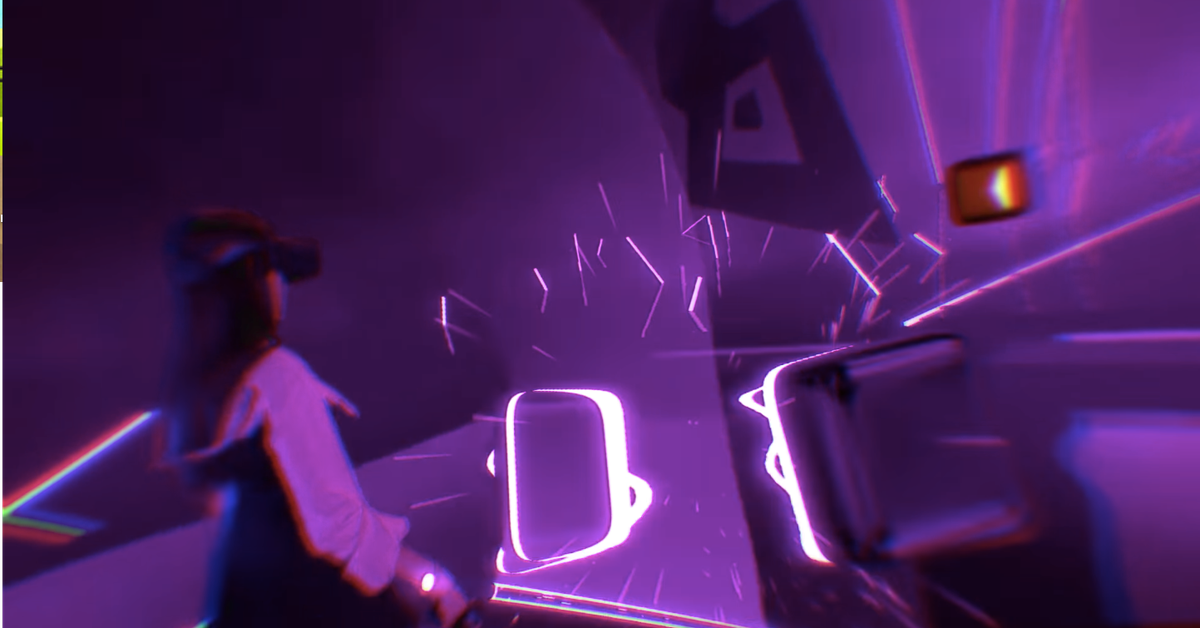 Beat Saber as they basically play Dance Dance Revolution with lightsabers, that Valve developers have had to issue a fix. People were moving so much that Steam VR couldn't find their movements, as spotted by Kotaku .

After collecting the data on Beat Saber Fix to the trackers in Valve's Lighthouse technology that tracks movement. On the latest changelog for Steam VR today, developers noticed that they had to "Increase limits of what we thought was humanly possible for controller motion." Beat Saber ” style=”object-position: 50% 50%”

A developer elaborated further in the comments that "a properly motivated" human using a light enough controller could go faster (3600 degrees / sec!) than we thought. ”That's flicking your wrist in full 180 degrees about twenty times in a single second. In other words, superhumanly fast

Beat Saber gives users a physical workout while they're moving moving blocks of blue and red to the tune of a particular song. And it's been known as a pretty decent way to get some exercise. But apparently, trying to achieve higher scores on the leaderboard or just for personal satisfaction has motivated some people to move at breakneck speeds.