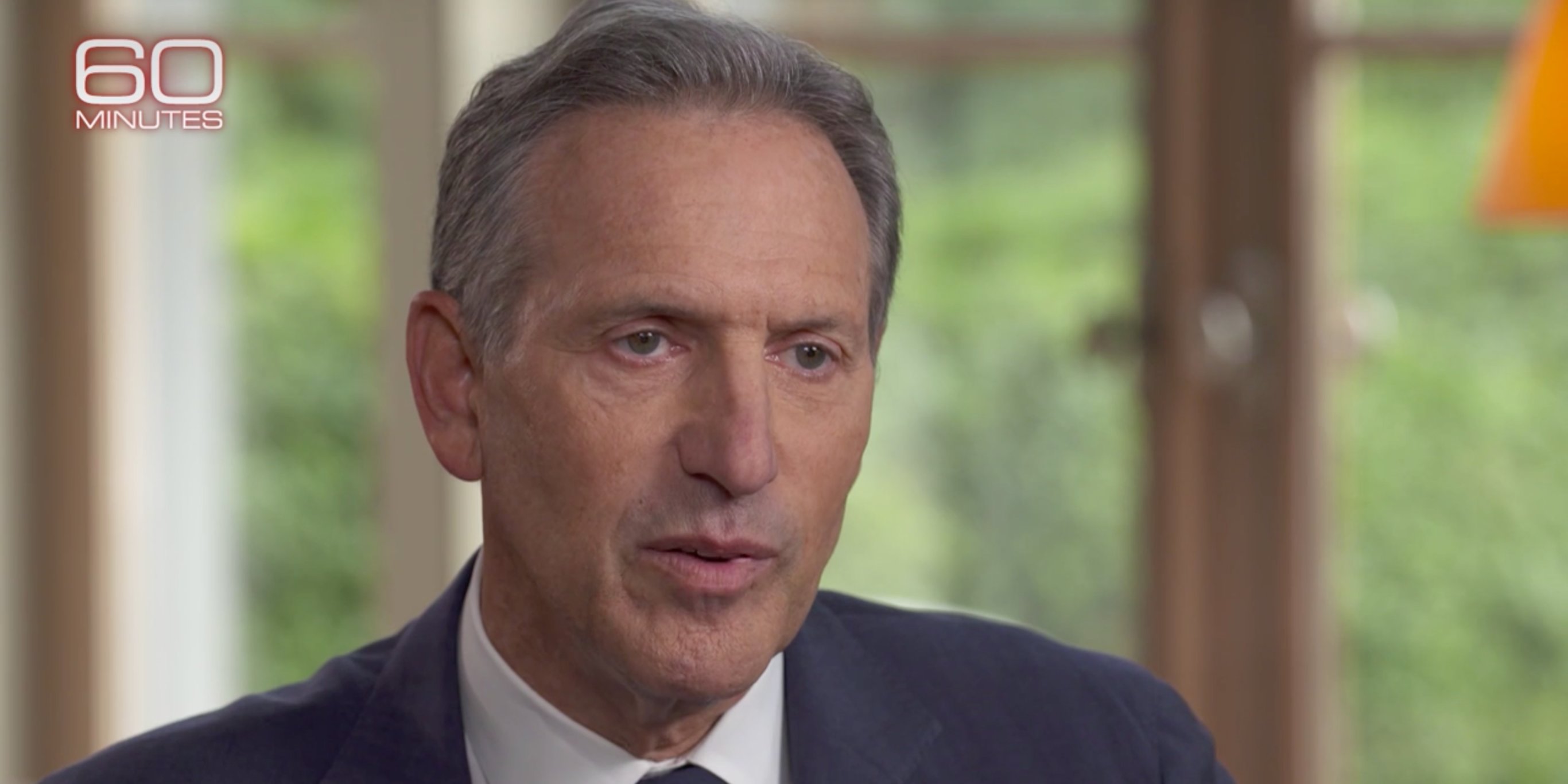 Former Starbucks CEO Howard Schultz could be the next to cast his hat in the ring for the 2020 presidential election.

The Atlantic reported Saturday that Schultz, on Sunday's "60 minute" section at CBS, says he is seriously considering a presidential run as an independent candidate. According to a preview clip, Schultz will also talk about the current administration, as President Donald Trump is not qualified to be president.

"We are living in a most fragile time," Schultz said in a clip from the upcoming "60 minutes" episode. "Not only the fact that this president is not qualified to be the president, but that both parties do not consistently do what is needed on behalf of the American people and every day is engaged in revenge policy."

Starbucks and Schultz did not respond promptly to a request for comment.

Reports that Schultz is considering for a 2020 presidential run have been swirling in the past week, which constituted some strong reactions.

"I have two words for Howard Schultz about a potential run for president as a self-employed: Just not, "said Washington State Democratic Party Chair Tina Podlodowski in a statement in response to other reports that Schultz is considering a presidential run, Business Insider's Kate Taylor reports.

7. He later stepped down as chairman in June 2018 and again raised rumors that he was running for president. His book, "From the Ground Up: A Journey to Reimagine America's Promise", comes out on January 28th.